“I’m sure when I come off the bench there’ll be an overwhelming feeling of excitement and readiness to take on the challenge ahead.” - Scott Sio (Photo: Thomas Airey)
Samoans abroad
Manu Samoa
Rugby union

“[I was] born and bred here, but the Samoan culture was instilled in a lot of my upbringing, my parents are proud Samoans,” Sio said.

Tavita is a proud Manu as well, having represented Samoa at the 1991 Rugby World Cup.

But Scott was expecting divided family loyalties for this weekend's game.

“[Tavita]’s a proud Manu Samoa man, so I wouldn’t hold it against him if he’s low-key going for them,” Sio said.

“I’m sure he will hope I play well, and hope the Manu Samoa maybe win.”

The 27-year-old with roots in Solosolo and Vaiala said he feels privileged to have the chance to play against Samoa for the first time.

“I’ve been playing professional rugby now for eight years, so that’s how long it’s taken for this opportunity to arise.

“It’s one that I didn’t want to pass by, because I didn’t know if it would happen down the track.”

Sio remembers how special it was playing Fiji in the 2015 World Cup for former Wallabies Tevita Kuridrani and Henry Speight.

“Just to see the jubilation they had on their faces when they got to play against a lot of guys they may have grown up with, and had similar upbringings to,” he said.

“I’m sure when I come off the bench tomorrow night, there’ll be an overwhelming feeling of excitement and readiness to take on the challenge ahead.” 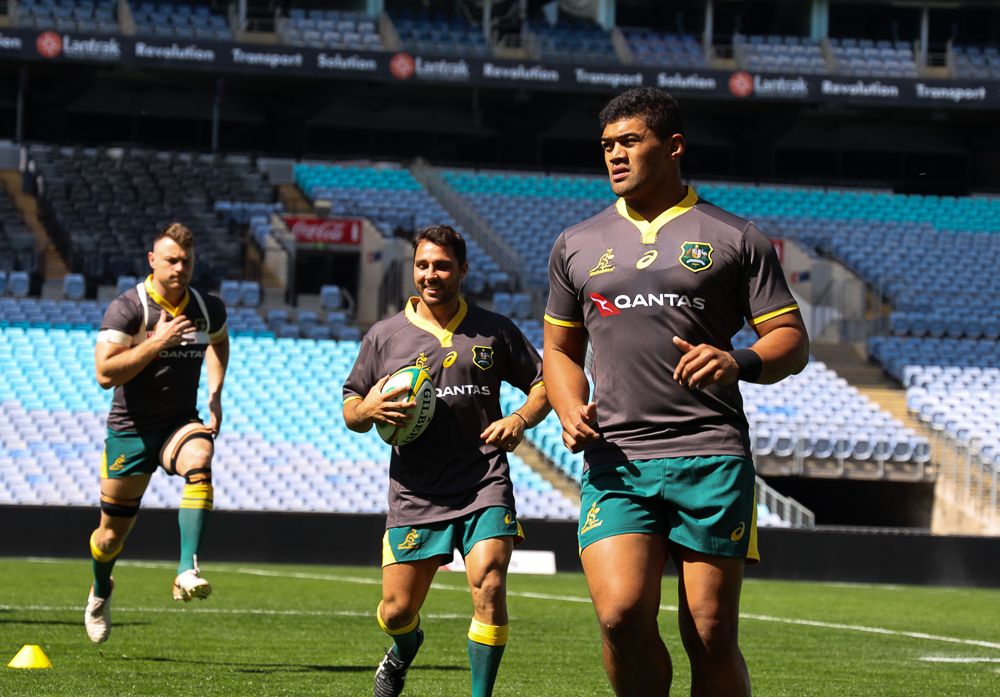 Sio said any young Samoan after inspiration should look no further than that 1991 World Cup side his father played in.

“We still draw a lot of inspiration, in rugby all over the world, from what they were able to achieve with what they had.

“The game has grown since then, but rugby has never strayed from the fact that if you have a tight community within, you are able to grow not just as individuals but as a team.

“If you believe in yourself individually, the collective can only be stronger.”