A prize giving at the Football Fields in Tuanaimato capped a week-long competition which saw about 1000 athletes play for their respective clubs from Australia, Fiji, New Zealand and Samoa itself.

The Apia Maroons Club walked away with the first prize for the men's division after defeating Supernatural Tag in the finals. 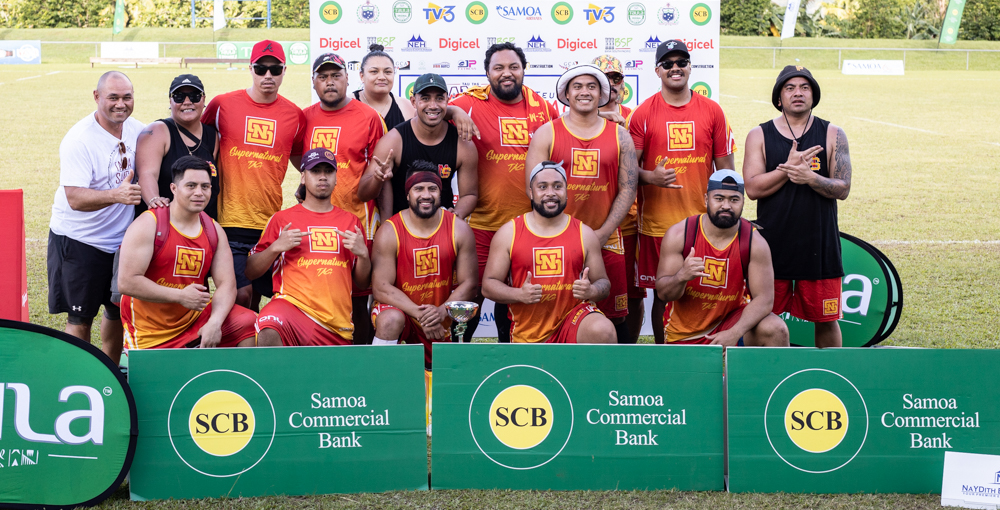 The team coach, Auimatagi Sapani Pomare, said winning the tournament was a great achievement in light of such strong competition put forth by overseas teams.

"I believe that the significance of this tournament is the engagement of teams, because like the words of the Samoan song, sport tournaments are what unite the youth," said the 49-year-old.

"And that’s the very first importance, to have them get used to one another and not have any problems with anyone."

Auimatagi said the Apia Maroons value the sport of tag.

"Secondly, it is nurturing of talent, and we thank the Lord for the gift of talents," he continued. 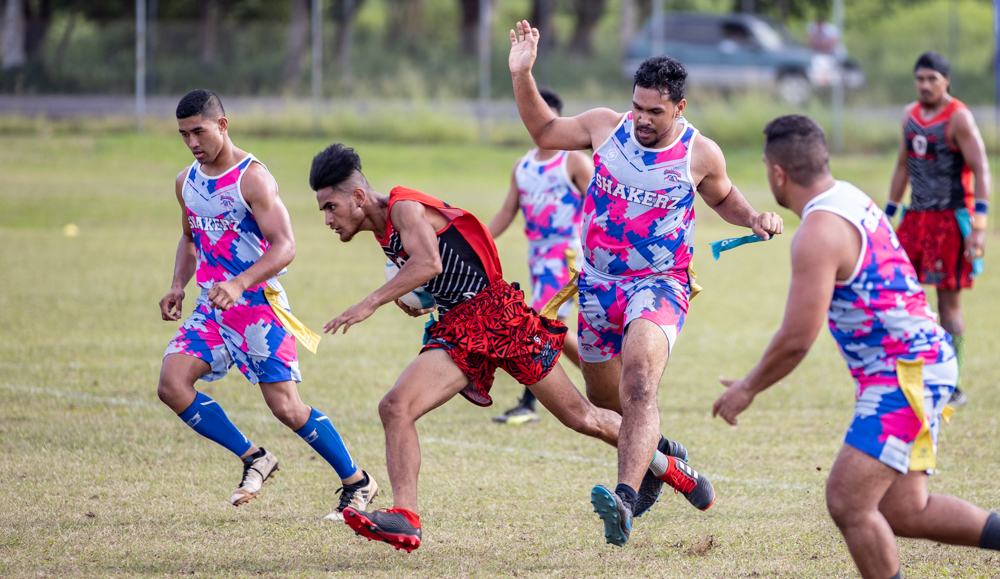 "To us, the sport of tag is very important because most of the youth in the team play rugby and so this is where we start developing the skills, give them the experience and build their techniques.

"Any sport is played by this club. At one point there was soccer tournaments and Apia Maroons participated, rugby, rugby league and others.

"Any sport the youth here are always willing to be involved to use their God given talents."

Auimatagi, who turns 50-years-old next month, says despite getting older, he has a passion to gather the youth and pushing them to put their God-given talents to good use.

Open Mix winners, Counties All Stars' Tag manager, Paniani Paniani, 43, from Maagiagi and Lauli'i said participating as a new team had been "awesome".

"It’s been awesome and being one of the new teams, being here and being part of the atmosphere. We brought a new team here and they’ve come from all over south Auckland," he said.

"[The] majority of them haven’t been to Samoa before, their parents were born here, but they’ve come back to give back to their home [villages]." 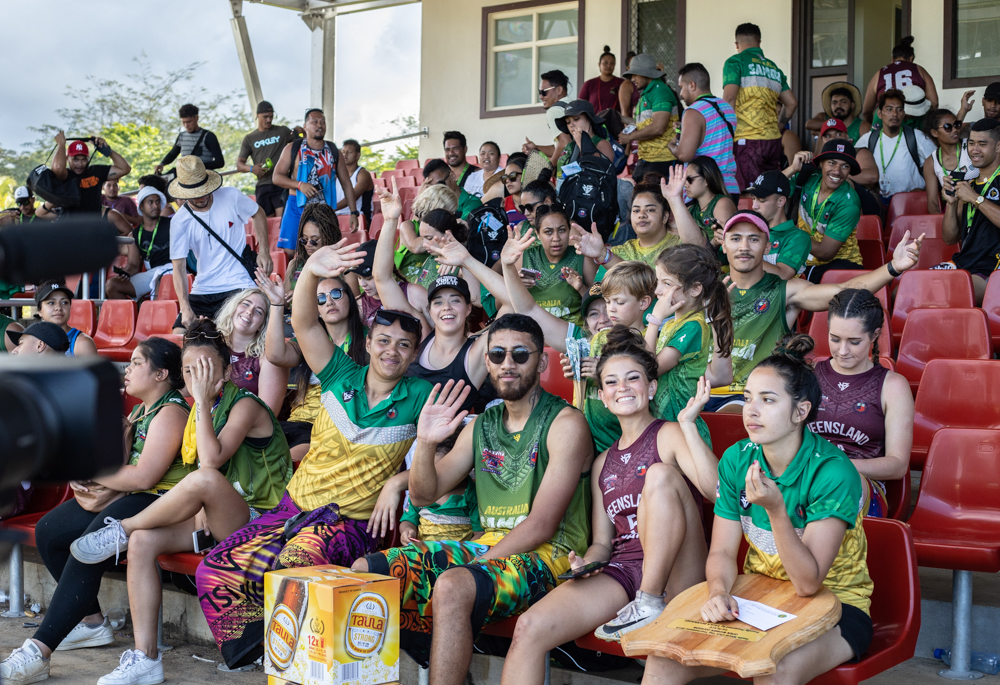 Counties Mix brought over half a team, of 13 players and still managed to claim the top spot.

"We’ll be here next year to defend our title," he said.

Fa'aofonu'u JP Leota, the President of Samoa Tag Incorporated, said the sport of tag was the overall winner of the tournament.

"A lot of teams have been really fighting to win but I guess overall the teams knew it was about having fun and developing the sport and win or lose, it’s all about the game," he said.

"Yes there is prize money but the culture we try to build in the sport of tag is that it is all about the sport."

This is only the second year tag has been established in Samoa; and Fa'aofonu'u, who also played during the tournament, said the aim was to build and develop the sport the right way and with the right culture. 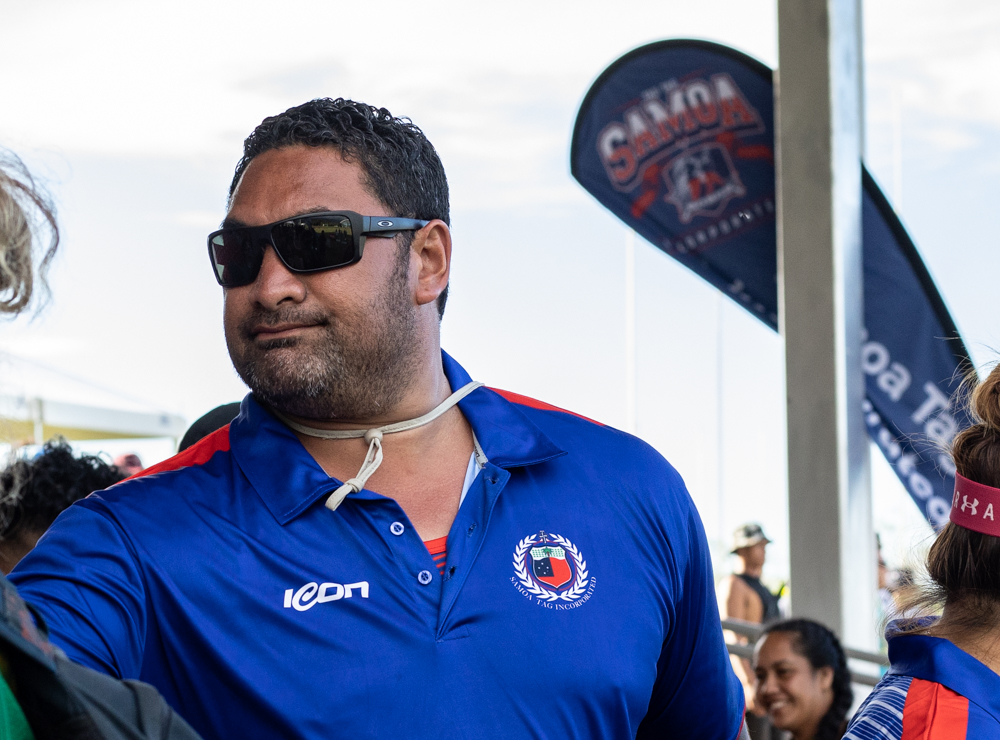 "We’ve only been here for two years but we’re trying our best to develop the sport in the right way for tag but it’s because we’ve got a good committee, executives are really well they’re really here for the sport, so it’s good," he said.

"Teuila tag [wouldn’t be] possible if it wasn’t for the sponsors, and all the sponsors that came on board this year and last year, we appreciate them.

"And our referees as well, without them, there’s no tournament, that’s why we try our best to make sure that everyone is well looked after.

"It was good to run out there with the masters because tag is [also] about promoting healthy living, so if the young can do it, only people can do it too."

Fa'aofonu'u also extended his appreciation to the President of the Samoa Football Association, Papali'i Leslie Petaia, for making their fields available for the three day tournament.

"One thing the president of soccer mentioned to [me] in some meetings is they are here to grow sports as well, and any sports that need help [he said] they are here; so we truly appreciate the President of Samoa soccer Federation."