Champs on the edge over Perimeter relay record

Samoa
Team Young Steel coming in to finish, not yet knowing if they have beaten the record. (Photo: Misiona Simo)

Team Young Steel might have beaten the record for fastest perimeter relay time this year, lapping the island in just seven hours, one minute and 50 seconds but the record books will have to instead denote a shared honour instead.

The previous record, from 2013, is seven hours and one minute.

But Samoa Events Director and organiser of the Perimeter Relay, Seti Afoa, is not sure how many seconds that team took, so the record cannot be confirmed. 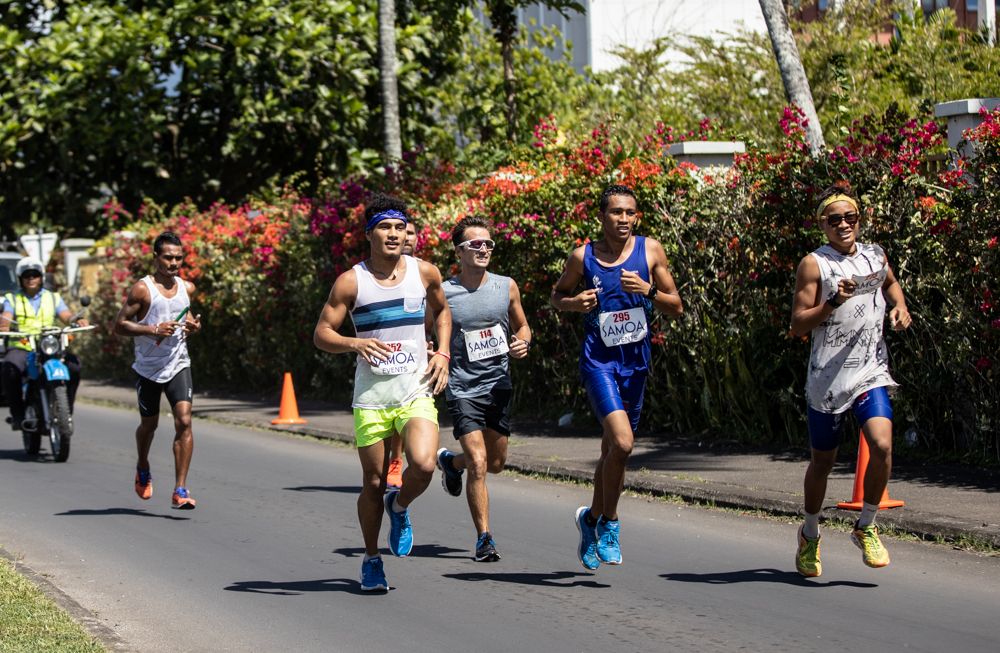 The team, partially made up of Pacific Games athletes, including 15-year-old Perosi Iapela was captained by Darren Young, who is a champion Ironman.

Mr. Young said the team faced a lot of sun on their run, but performed really well.

“It was a good challenge for them, they had never done the relay before so it was good to get them involved," he said.

“They had kept up their training, and they ran their five kilometres in 18, or 17 minutes, so good times.” 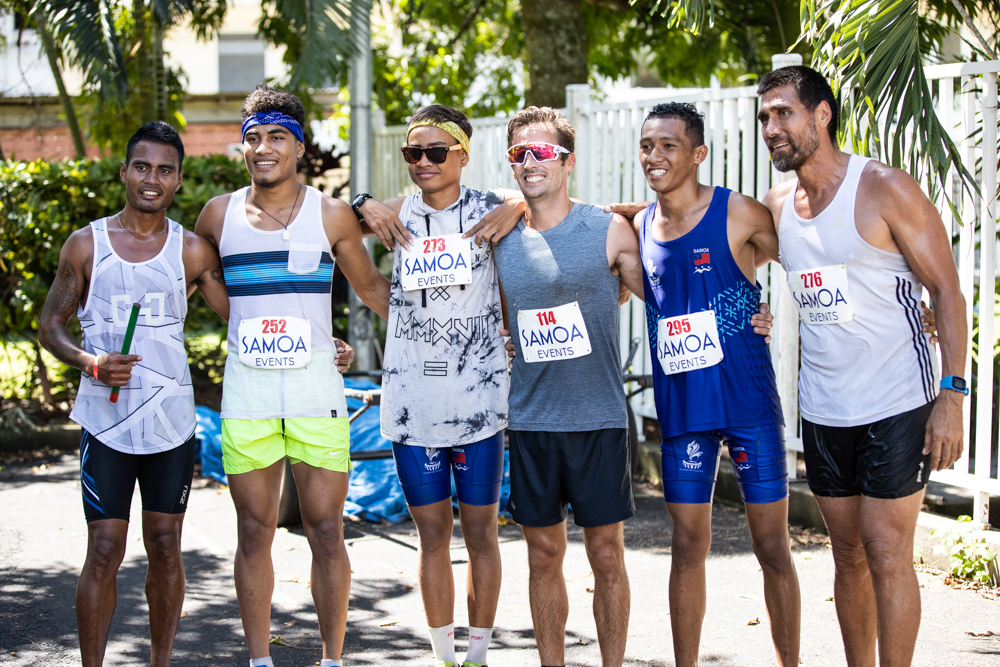 “It’s good to see there are young runners coming up, it’s just a matter of nourishing them and training them, so hopefully the athletics association will have more programs for them,” Mr. Young said.

Their team included 15 year old Belilu Taulapapa, who raced for the first time ever, who said:

“I never really get the chance to run, but for this I started running every day for two months, maybe?

“My mum was a driver this year, and last year too, and I came along last year, cheering and stuff like that.

“The people who were running last year said if I wanted to join this year, so I said… okay, I might as well try.”

Her mother Yukimi Taulapapa said she was happy to see her daughter’s commitment.

She trained three times a week with her father, Samuel Taulapapa, and joined the JICA weekly run on Saturday mornings for two months leading up to the big day.

“The first run was okay, but the second run my legs started to get heavy. Then the fourth one, it was really, really tough, my legs hardly went up.

“I didn’t want to walk, so it was slow but I kept on running.” 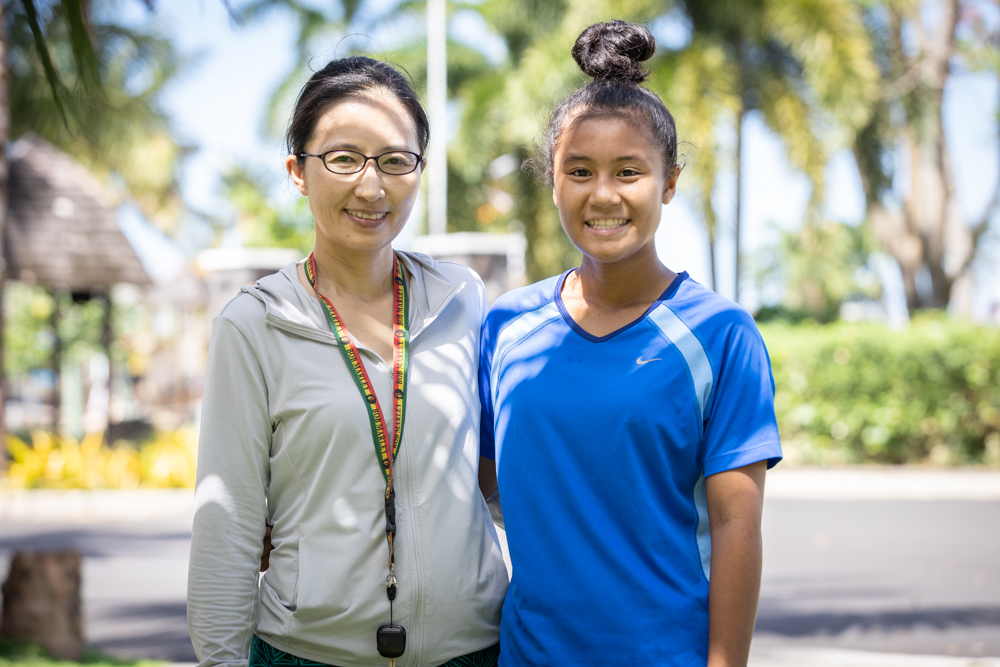 The two Japanese teams were also running for their friend, Azusa Shiroma, who was badly injured in a car accident in August and was evacuated back to Japan for medical treatment. She would have run the race today, and was behind the group organising to enter.

Though recovering, teammate Nao Hara said Ms. Shiroma still has a very swollen eye she cannot open, and is suffering a brain injury.

The team said she was supporting them over texts and phone calls while the ran overnight.

They all wore T-shirts they hand decorated with her name and messages of support, and made her a banner, emblazoned in Samoan and Japanese. 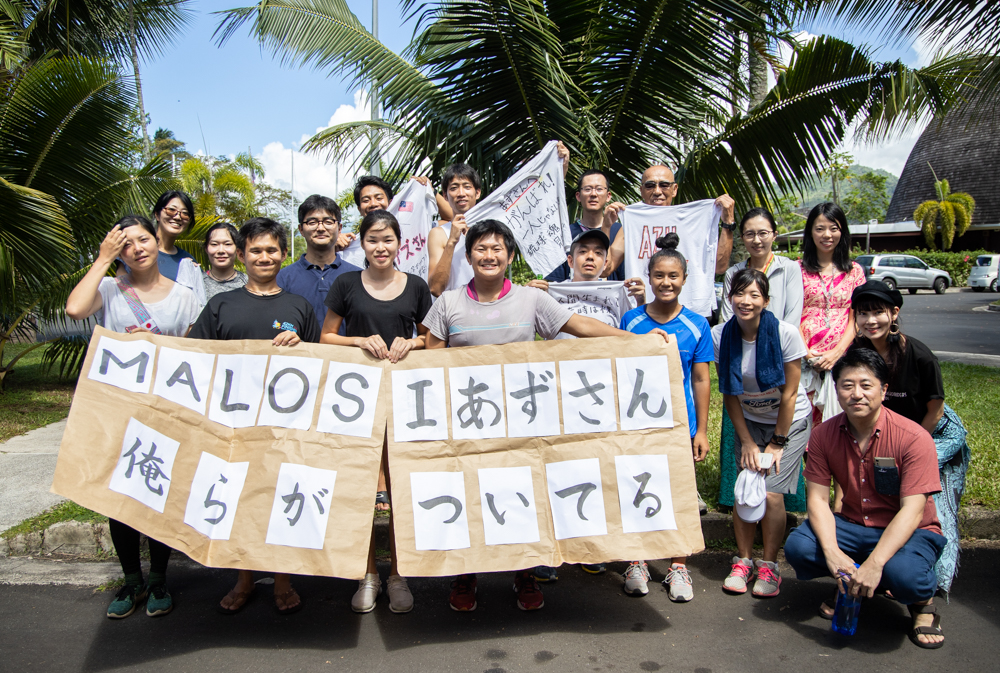 The fourth team racing - ‘Between a walk and a hard pace,’ - who took just 10 hours and 26 minutes to race, but did it to fund-raise for the Goshen Mental Health Services Trust. 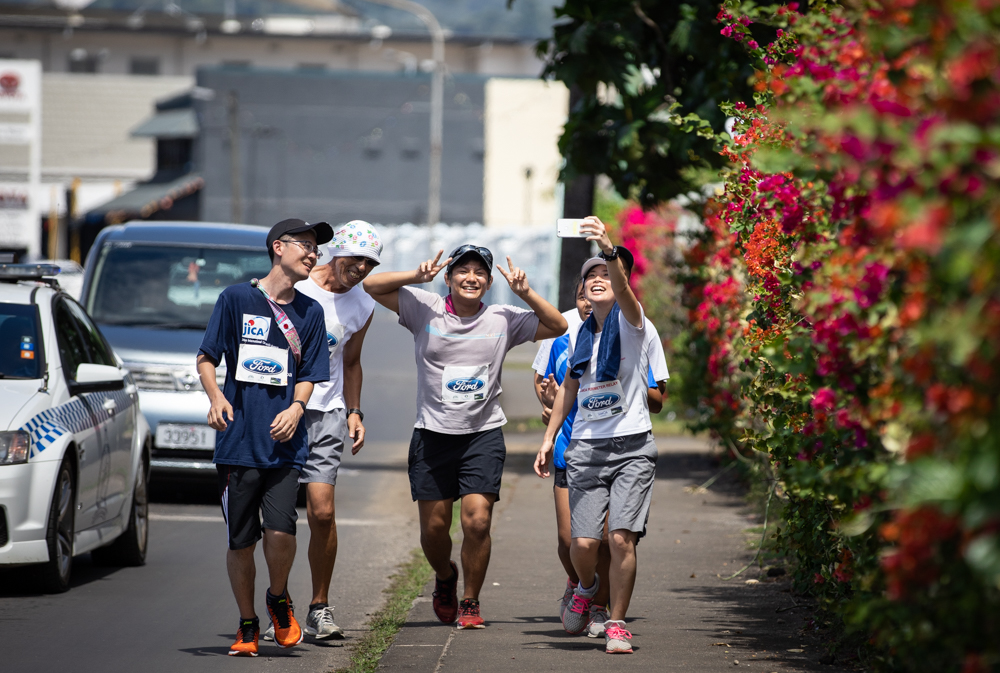 “You give it everything, and your body gets to a limit, but we got there,” said an exhausted Mr. Whitwel 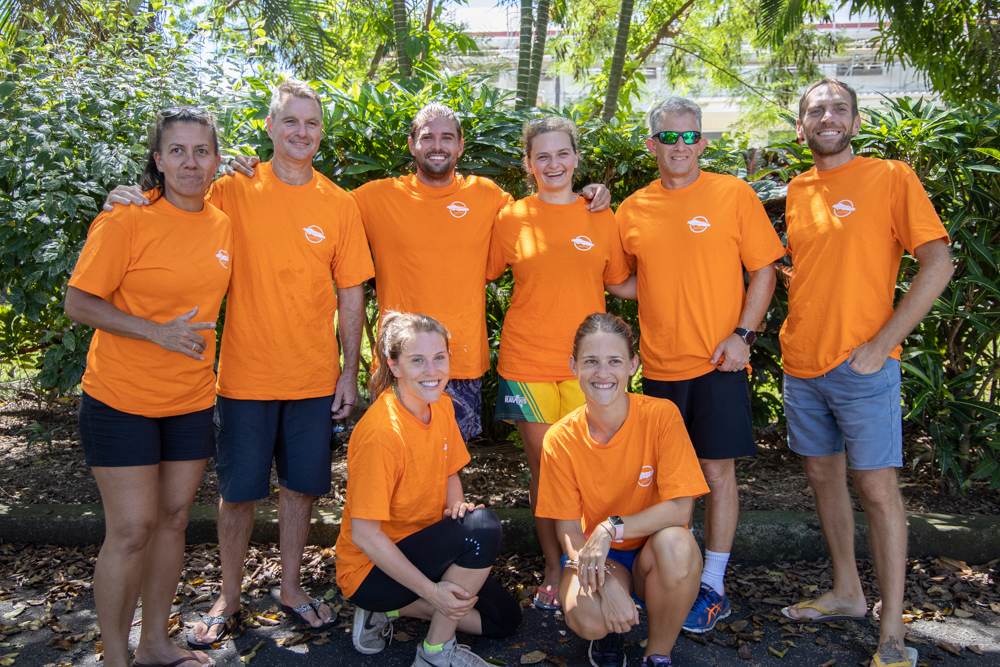 “We did a bit of running about three weeks before hand, but we thought we would just have fun – we would manage, or we would walk, and we ran all the way!”

The team also beat their expected time of 12 hours by an hour and a half.