“I am very fortunate to play against Samoa, and I know not many Wallabies get that chance, so it’s pretty cool.” - Matt To'omua (Photo: Thomas Airey)
Rugby union
Manu Samoa
Samoans abroad

Any game for the Wallabies is special, but for Samoan-Australian inside back Matt To’omua, taking the field against the Manu on Saturday night meant even more than normal.

The 29-year-old To’omua’s father is from Letui, and was born and raised in Samoa:

“I’ll have a lot of family with one foot in both camps I think,” the 43-cap Wallaby said. 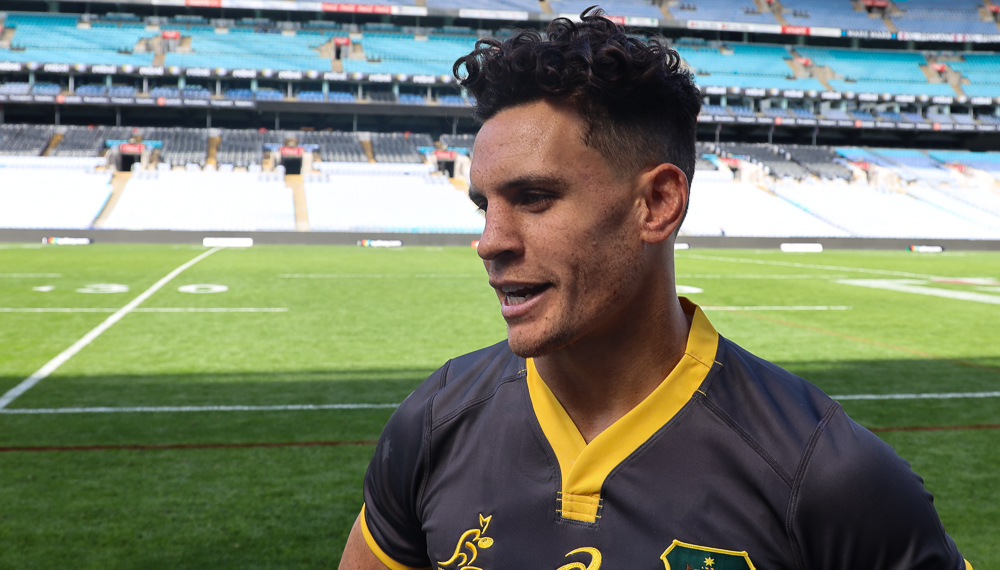 To’omua said he’s very much an Australian, but also greatly respects his heritage and where he comes from:

“Playing rugby is a very Samoan thing in itself.

“Dad shipped me off to a rugby club at about five years old, and you’re always playing against the cousins and stuff like that.

“You watch any Samoan player and they love the physicality of the game and I’m no different.”

The Melbourne Rebel playmaker was watching in the stands back in 2011 when the Manu famously beat the Wallabies 32-23, again in Sydney.

“Once again half cheering, half sad at the result,” he said.

That was the most recent fixture between the two sides, and the long gap is something To’omua seems to regret:

“Obviously I’m not privy to the conversations that go on above us.

“One thing I do know is it is special to play against Samoa.

“They’ll be looking forward to coming here, maybe there’ll be a time in the future when we can go to the islands as well and play a game there, which would be great.”

He said the Wallabies would love to play at Apia Park some time:

“I don’t know the logistics, but in terms of a desire and a want, we would love to.

“I am very fortunate to play against Samoa, and I know not many Wallabies get that chance, so it’s pretty cool.”

It’s doubly cool given To’omua’s heritage, and he’s one of seven Samoans in the Wallabies Rugby World Cup squad, four of whom will play on Saturday night.

“Samoa has done a lot for Australian rugby, so I think it’s special that we get to host them… considering the contribution that they’ve made”