Manu head coach Vaeluagaomatagi Steve Jackson is expecting a tough encounter with the Wallabies and wants more match-ups with that level of opposition in future.

“There’ll be some brutal collisions I’m sure,” he said at Friday morning’s captain’s run at Bankwest Stadium in Sydney.

“It’s an opportunity for our players to play against a Tier One nation, and it’s critical for our buildup for Rugby World Cup that we go out there and put in a good performance, and build some confidence for ourselves.”

Vaeluaga said not just his Samoan side, but other island nations Tonga and Fiji would love to have more games against Tier One teams like the Wallabies.

“We’ll only be able to do that, if we showcase tomorrow night that we deserve to have those games.”

He said they have selected the best team they possibly can, being the last hit-out before the World Cup at the end of the month. 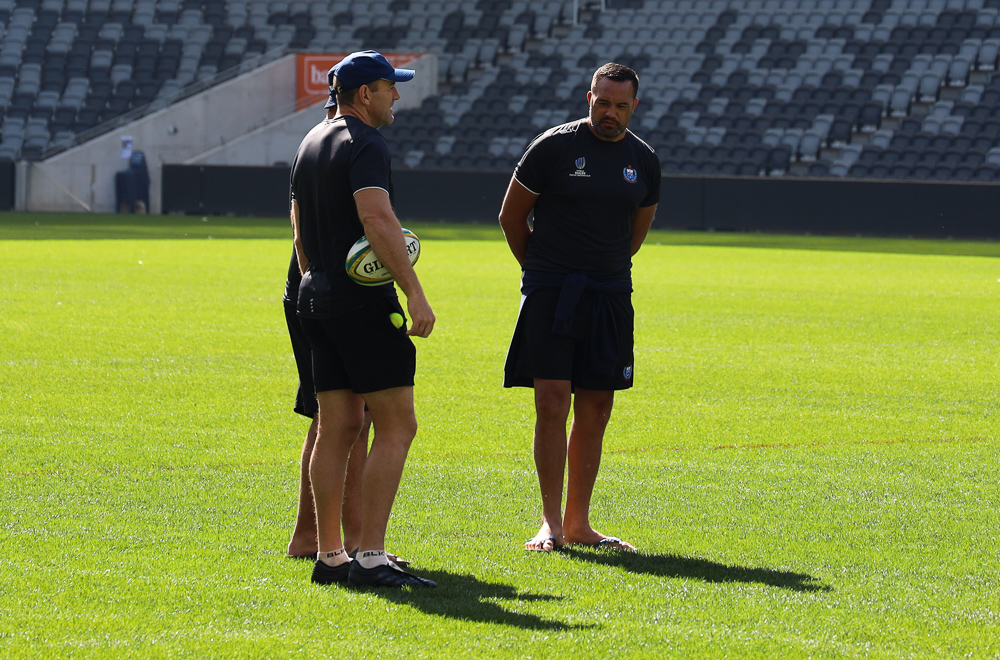 Lock/loose forward Chris Vui will not play, and he also missed last week’s game against the New Zealand Heartland XV with a nasty flu.

“We’ve given him time to recover, and make sure that he’s 100% healthy,” Vaeluaga said.

Fellow loose forward Piula Fa’asalele won’t have the cast off his broken wrist until next week either, so Seilala Lam, picked in the team as a hooker, will have to cover those positions off the bench.

“[He]’s played a lot of rugby this year in the six position for Perpignan, so he’s accustomed to that.

“Obviously we’ll lose a little bit at lineout time but we’ve trained for that.”

Some good news at the back of the pack is the return of number eight Afaesetiti Amosa, who Vaeluaga said is an exciting player to bring back in.

“Unfortunately he had a toe injury that he’s only really just come back from, and he’s going to be dealing with that right through Rugby World Cup

“He could’ve had surgery, and taken the easy option but that would’ve ruled him out of Rugby World Cup.”

Vaeluaga said Amosa is a good lineout option that can play all three loose forward positions, and he brings speed to the team:

“He’s extremely quick off the back of the scrum, he’s good with ball in hand.”

Funnily enough, a lack of pace is one of the reasons the Melbourne Rebels rejected Amosa as a prospect before he headed to Europe.

Vaeluaga said he is excited that Amosa has this opportunity to play the Wallabies back in Australia:

“There won’t be any lack of motivation for him to get out there and put on a good performance.

“Melbourne Rebels loss is our gain.” 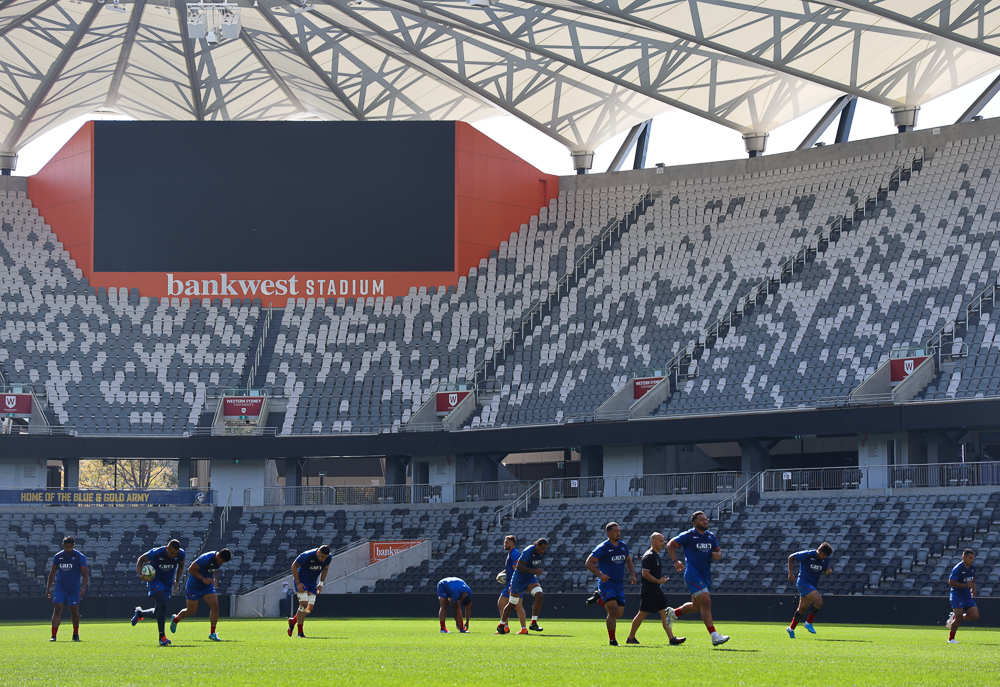 Another Australian-grown Manu forward is prop Michael Alaalatoa, who will earn his first test cap on Saturday.

“The unfortunate thing is he doesn’t get to play against his brother [Wallabies prop Allan], which would have added a little bit more spice to his game,” Vaeluaga said.

But the coach said Alaalatoa is mostly just excited about the blue jersey, and representing his culture.

“It’s been a long time coming for him, we’ve been through a lot of processes to get him to where he is today.”

The match at Bankwest Stadium in Sydney kicks off at 10:30 pm Samoan time.