The 18-year-old arrived in Samoa on Wednesday and watched the pageant on Saturday night from the sidelines.

“My purpose for coming to Samoa is to reconnect with my Samoan identity, I have never really been around the culture or Samoan people and this is my first time in Samoa,” she said.

“I want to connect with my people and roots; in all honesty our island is beautiful. My mother is part Samoan and Hawaiian while my father is Arabian from Syria."

She is the only child of Muluea and Sam Mualem and has lived in Georgia her whole life. 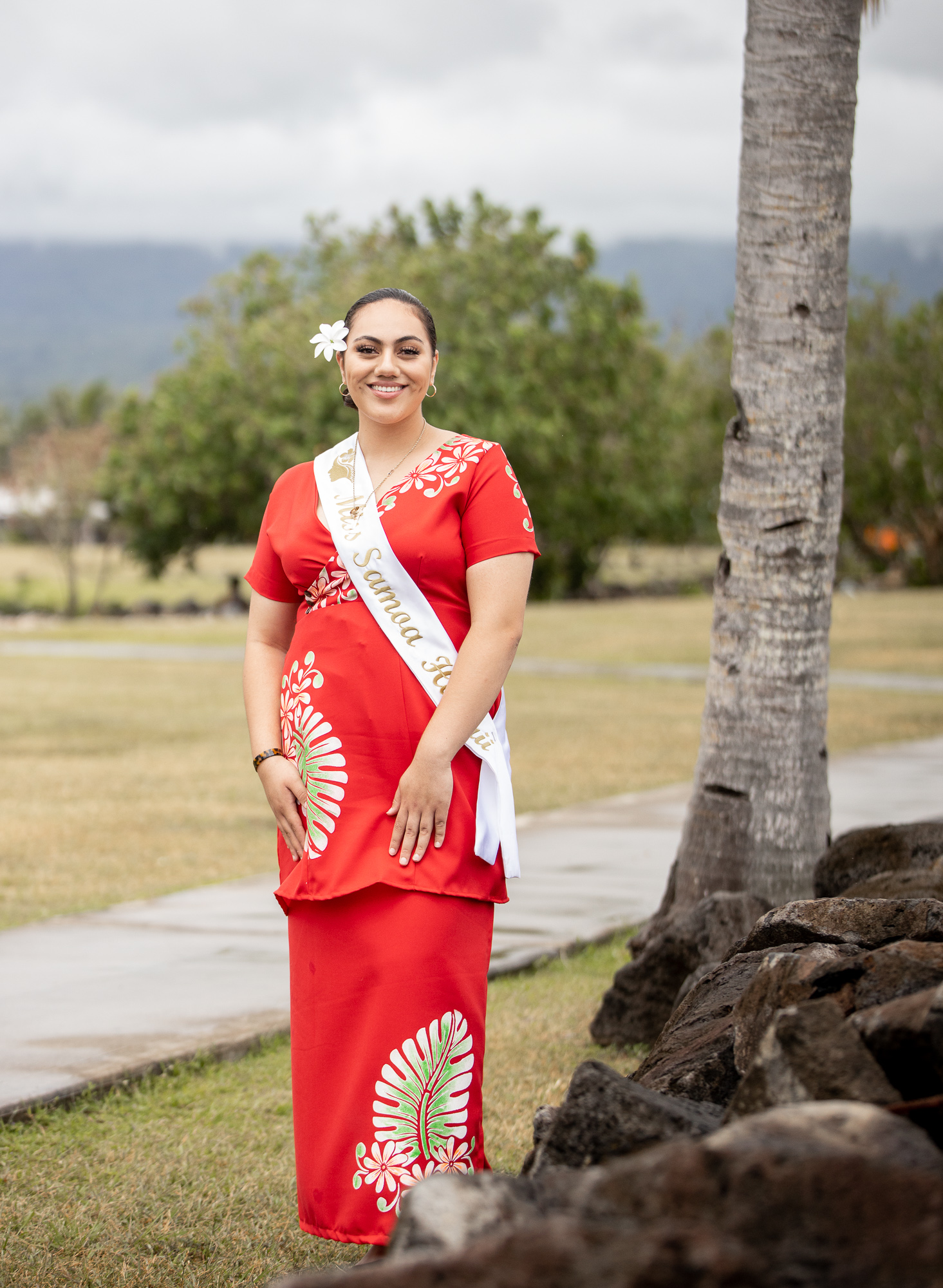 “My platform is preventing heart disease and I aspire to be a Cardiologist in the future.”

She is determined to be a cardiologist because her grandmother passed away due to a heart condition, four years ago.

“It is my passion in life to dedicate my studies to my grandmother. I just graduated high school so now I have plans to attend the University of Hawaii.

“It was unfortunate that I did not join this year’s Miss Samoa Pageant but it was because due to a rule in the pageant that the winner has to stay in Samoa for a year but due to my studies, I did not want it to interfere with that.

“But I am here to support the girls who are running in this year’s pageant and I wish them all the best.”

Her favourite aspect of the Samoan culture is the respect shown to community elders.

“In the future, I want to come back to learn more about the culture especially the language. During my time in Samoa, I definitely will try and explore around but will be supporting the girls on the night of the pageant as well," she said.

“My advice to the youths in Samoa is to live their dreams, and never let fear get in the way of achieving them, nothing is too small to want or pursue in life.”

Her hobbies include singing and playing volleyball, she will be leaving Samoa on Sunday.