Getting to that food was a challenge. (Photo: Missiona Simo )

Thursday was a day of fun and not too much competition at Malaefatu Park as four villages competed in this year's Teuila Festival games.

The teams competed across a range of traditional games such as the sack race,  basket weaving and a tiger war. But the eating contest was by far the crowd favourite.

The four teams selected their players who in turn took on a cream burn, and two donuts in the shortest amount of time. 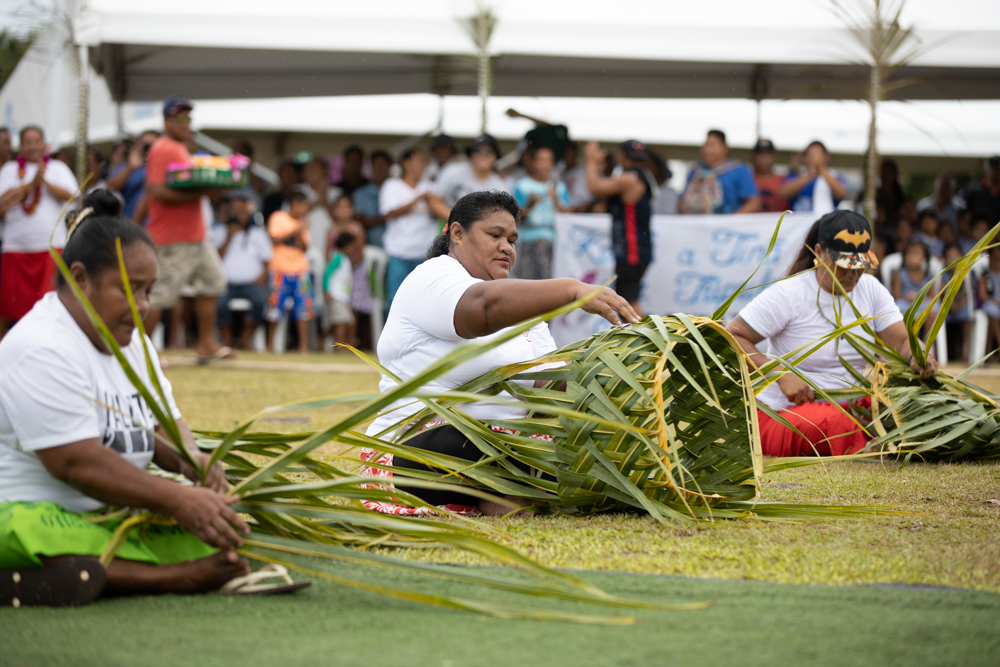 19-year-old Antonina Afa she said she was the youngest entrant in the eating contest and was unhappy about the prospect of competing against older women.

“I did not feel ashamed in front of so many people because I was eating like I was at home,” she said.

She said she was happy to represent her village such that she did not care that her mouth was so full of food in front of so many people watching.

“I did not eat the whole morning and now after the eating competition I feel so full,” she said.

But refraining from eating breakfast did not end up paying off for Miss Antonina Afa: she ultimately came last place in the women's division. 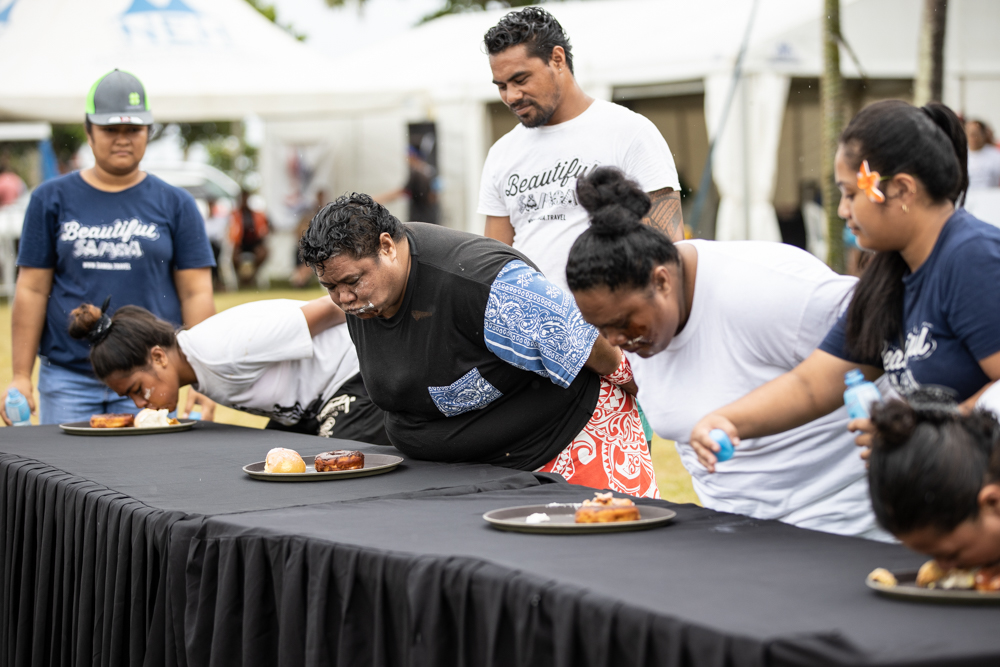 The contestant from the Manono –uta team who won the eating competition, said she was surprised to even be chosen as a team representative.

“It was difficult because the buns were dry and I use the water to make [them] wet and easy to eat,” she said.

Penina Auafa come first place in the women's division. But all players' faces were equally covered in cream.

In the men's competition one player shocked the crowd with a technique for eating a cream bun in one go. He come first place.

“At first I was nervous and shy to eat in front of all those people but that did not matter to me, because I have to earn points for my team,” said a competitor from Falevao Fagasesa  Faga. 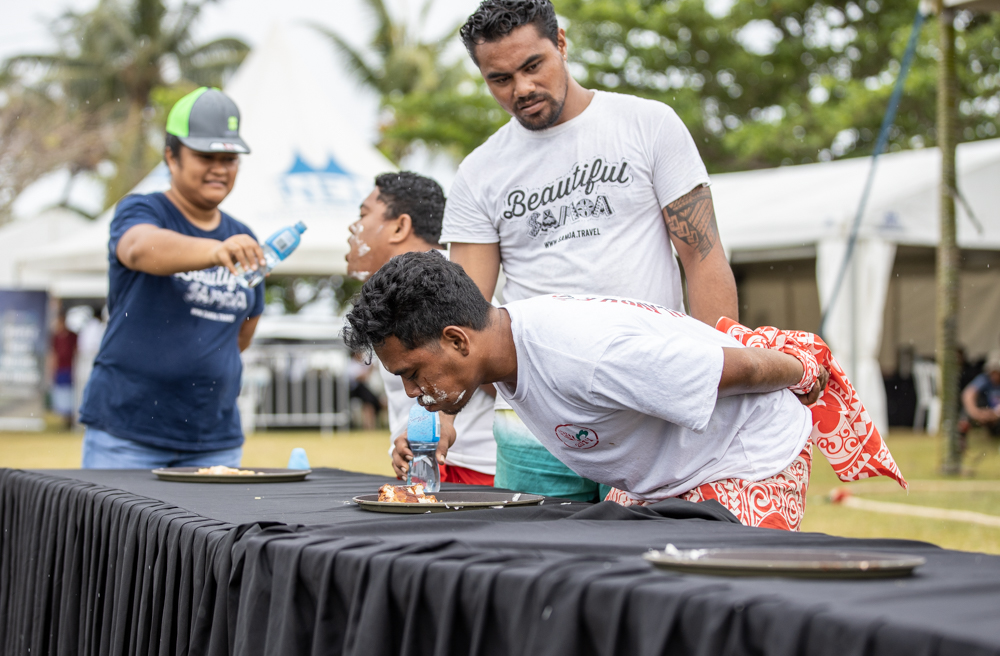 The last of the Teuila Festival's  traditional games ended with a tiger war battle between Manono and Falevao village,

The audience said they could not believe the intensity of the competition between the two teams.

Results of the finals of Teuila Festivals Traditional Games