New Zealand's leading institute for educational research is expanding its programme into the Pacific with the goal of helping Pacific school students achieve academic excellence. And this year they are starting with Samoa.

The New Zealand Association for Research in Education (N.Z.A.R.E.), the country's top outfit for education research, will after four decades hold its annual conference overseas.

The Association hopes this is a new chance to exchange its research on best practice in education - but also to learn from Samoan educators.

Their November conference is expected to draw 200 guests from overseas and locally.

Four members of the Association are currently in Samoa to start making connections ahead of the conference. They have also officially signed an agreement with the National University of Samoa (N.U.S) about the program.

“The purpose of the visit is to basically meet with the N.U.S. and I think this is us forming a partnership and also really apart from N.U.S., our key stakeholders here, the [Ministry of Education, Science and Culture[ and hopefully with the schools and all that so that we can make connections,” the Pacific Director from University of Canterbury, Leali’ie’e Tufulasifaatafatafa Taleni said. 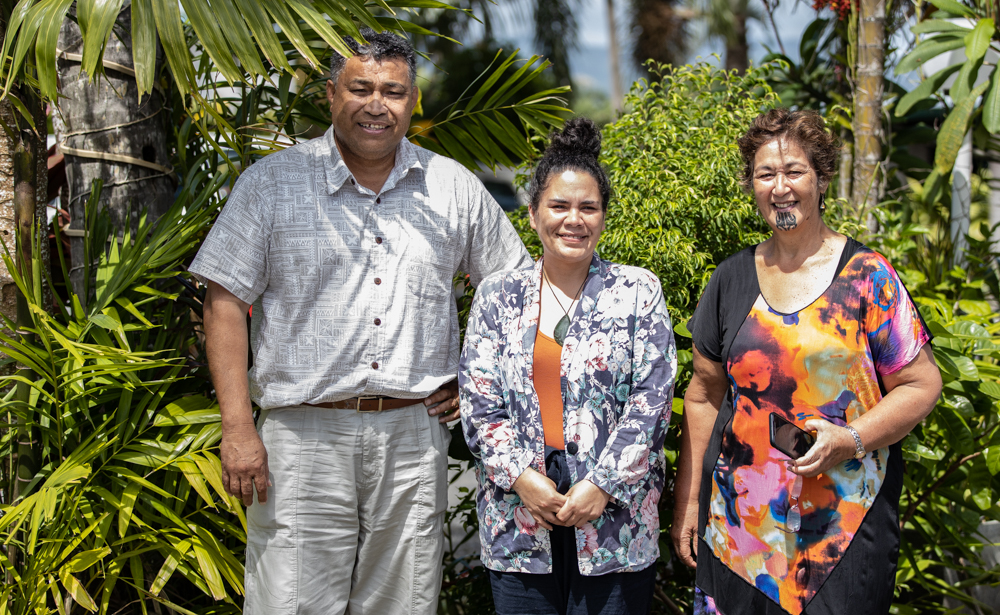 The Association said they feel there is a huge contribution to make to education in Samoa and across the Pacific.

Its conferences challenge researchers, educators and stakeholders to critically engage with questions about what is working and what is not in education for children and adolescents.

Since its establishment in 1979, the Association has had an exclusively local focus. But co-president Dr. Mere Skerrett says bringing the programme outside of New Zealand and choosing Samoa to be the first destination for an international conference is an opportunity to hear the voices of the Pacific island nations.

“We have a large population of Samoa students and I think what is really important is the growing awareness that culture counts, and also our Pasifika languages count and so reaching out, it’s authenticity to research process because we’re actually going to be positioned here rather than in the ivory towers back in New Zealand,” she said.

“It’s only a short time the conference but we’re encouraging more of the outreach so we can actually live, have a taste of what life is like here and help to support the importance between research and teaching and learning."

One of the goals for the Association on this visit and for its conference is to explore the breadth of Samoa so that they can identify new areas for educational improvement.

Aside from exposing Samoan institutions to research from overseas N.Z.A.R.E. say it plans to make contribution at the grassroots level in terms of what the local teachers are trying to achieve for the children in the villages and to raise achievement of the Pacific children.

According to Leali’ie’e, there’s a vision for Pacific education that allows students to achieve academically without losing their identity language and culture.

“So it’s very important that way we actually across the whole of the Pacific reach out because we kind of forget that New Zealand is part of the Pacific.”

Leali’ie’e emphasises that it reciprocity is a value that is dear to Samoans.

And that's true for the Association too, he said.

“ I always think and I feel it’s quite about the demonstration of that value of reciprocity coming along with love and all that kinds of services to our communities by doing this,” he said.

“It’s a shared responsibility too because Samoa has given a lot to us and we have a responsibility as well and it’s allied to that nation of reciprocity that giving and taking and sharing and really coming to know one another is really important there.”

The organisation is also trying to grow its network.

They are reaching out to more teachers and even for the very first time last year, they’ve put secondary school students on the stage of their conference.

N.Z.A.R.E is also encouraging the cultural research, the impact of colonisation on the Pacific, the languages research and their importance and also the environmental sustainable development goals.

According to Dr. Skerrett, they’ve recently partnered with the United Nations and they’re yearning to have their research have impact on public policy.

One of the main goals of the Pacific plan that Leali’ie’e emphasised is for Pacific children to excel in education.

To that end N.Z.A.R.E.'s palagi teachers must better understand Samoan culture so that they can engage Pacific students.

“So we see the conference here as an opportunity for our researchers and for those, we’re hoping to have an experience in Savaii, take as many people as we can, an opportunity to expose to the culture and all that so they can take something back with it,” Leali’ie’e said.

“So the whole package is not really just focusing on their but at the same time, learn and experience the culture of our beautiful country and take back with them so that they can use that in the implementation of those programs for Pacific islands and Samoa.”