The Pacific Islands pension funds are entertaining banding together to make bigger investments into lucrative projects.

With T$75 billion in assets between them, the funds are hoping they bring greater dividends to their members, and grow their small countries infrastructure with larger capital.

This week at the Pacific Islands Investment Forum (P.I.I.F.), the 17 members are getting to know each other, get their priorities and concerns on the table, and start drafting how a co-investment between them might look.

Financial experts are joining the meeting to guide discussions, and offer options.

“As big as S.N.P.F is in Samoa, the largest financial institution in Samoa, we are still a very, very small player in the  Pacific, and in the world for that matter,” Pauli said.

“Going together is better than going alone. Together we can punch above our weight and achieve what we want to achieve for our own members.”

Pauli said between the 17 members of the P.I.I.F, there is T$75 billion in assets, meaning access to lucrative investment opportunities out of reach for any one fund alone. 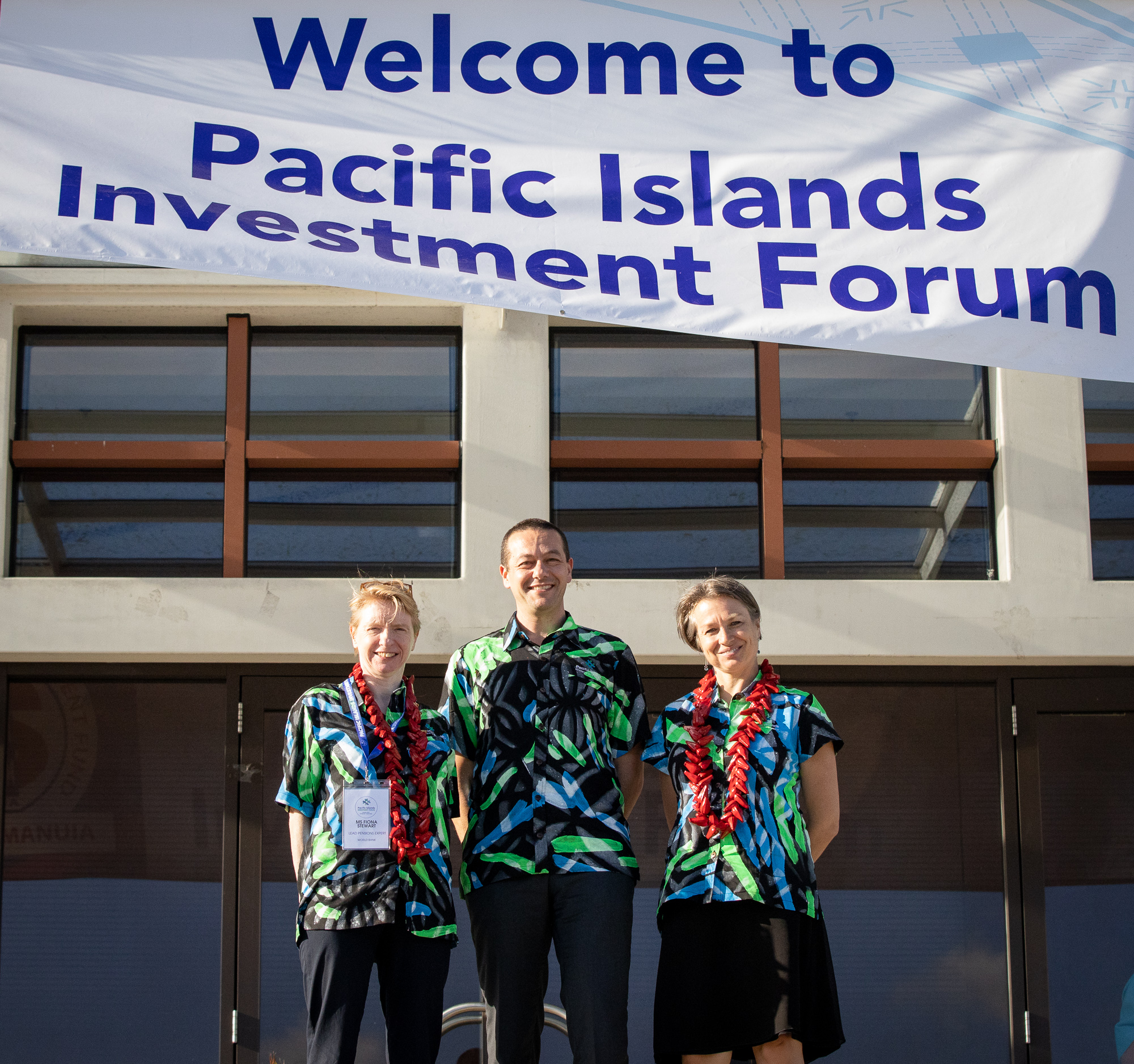 That the pension funds are looking to make large off-shore investments is unique. Ekaterina Gratcheva, a lead financial officer in the World Bank said their size in proportion to the country’s economies is “unusual.”

“It’s quite unusual, the size of assets that pension funds hold in relation to the overall financial system of each country but also the size of each economy.

“Pension funds as a whole are by far the most dominant players of the financial sector across all of the countries,” she said.

As such, they are responsible for meeting the large demand for infrastructure development, but are not always large enough, or free enough to do so.

“You have a significant source of potential supply to meet that demand but there constraints,” Ms. Gratcheva said.

International Finance Corporation (I.F.C) senior financial sector specialist Aaron Levine said by themselves, all the pension funds are too small to work alone.

“They, especially the small countries, reached their limits in with what they can invest in domestically and many felt if they could access regional investment opportunities they could better serve their people because they could bring in capital, money, to invest in projects that would benefit their people,” he said.

After all, the top priority for a pension fund is to fund the pension, he added.

“But here in the Pacific with such a dominant role and having so much capital available and so many infrastructure needs, they are inevitably going to play a broader role than just returning funds to their investors.”

Fiona Stewart’s work in the World Bank specialises in pension funds. She said internationally, what the Pacific is trying to do is a growing trend.

Canada, an “expert infrastructure investor,” and Mexico are co-investing, she said, as are all of Kenya’s various superannuation funds.

Having partnerships between experienced and inexperienced funds is a key for success, Ms. Stewart said.

But more importantly is making sure investments are made with the interests of the fund’s members in mind.

“You and I, as we retire, this is our money.

“So making sure we are thinking about that when we make our investment, putting structures in place to make sure that’s the case, that it’s very transparent, you can see how decisions are being made, how the project is being selected.

“Where you have got that wrong, it hasn’t worked in other countries,” Ms. Stewart said.

What are those lucrative investment opportunities? Pauli said the region has a real lack of capital investment funds for infrastructure projects, and those are top of his list for what any co-investment should begin with.

Airports, wharves, ports, or multi-story office buildings, if it can make good money for the fund and benefit the people by its building, Pauli would like to invest in it.

“If you go to a place like the Cook Islands which has many more tourists than we do, they have a very small airport,” he said.

“Fagalii airport is probably more beautiful than the airport they have in the Cook Islands.

“Tourists to the Cook Islands are triple what we have in Samoa, even though it’s a very small island - it’s an example of where we can invest and get money from.”

Pauli acknowledged the S.N.P.F has poor investments in its history. But he believes there are tight controls over investment today, and lessons learnt from past mistakes.

“People remember certain projects that went awry but what I would say is we learn from our mistakes, and we don’t practice them,” he said.

“So the fact that we have not had a project gone bad, I would say, in the last several years is probably a testament to the way we have adjusted and learned from our mistakes.”

It may be several years before the funds are able to make their first co-investment together, with many decisions and consultations to do first with board members or parliaments.

There is policy and regulatory barriers that need to be addressed and possibly altered, especially regarding off-shore investments.

Ms. Gratcheva said while those barriers made sense in a given fund’s early days, they may be creating more risk than reward today.

“A few funds are by regulation or legislation forbidden from investing outside of their country,” she explained.

“In their original stages when the funds were at accumulating stages it made a lot of sense because it was an important capital for the domestic economy.

“But now as the funds have grown in size, not allowing them to move capital outside of the country creates more risk to each of the funds because they are dealing with few investment opportunities, there is concentration risk.”

They will also have to work out exactly how the funds will be invested, and which funds will participate in each investment. And to complicate the matter, every country has its own currency – all details to be worked out for as long as it takes.

The World Bank and I.F.C specialists are funded by the Australian and New Zealand Governments under the I.F.C Pacific Partnership to provide technical assistance to the P.I.I.F as they embark on this process.

The I.F.C is the commercial arm of the World Bank. As well as technical advice it can finance private sector investment and mobilise capital.