They may be squaring off on the field next month but the Japanese Embassy in Samoa hosted a reception for the Manu Samoa on Tuesday evening ahead of this month's Rugby World Cup.

“Japan and Samoa share the love of sports that draws our nations closer,"  Maugaoleatuolo said..

"We both have a long history of rugby and both countries certainly have benefited from its development."

The Ambassador shared sporting ties have deepened relations between the two nations and the now blossoming partnership between Japan and Samoa.

“I assure you that Samoa will have a great experience in Japan and will interact with all the history of Japan," he said.

The Manu Samoa and Japan have both drawn Pool A in the World Cup and will face off on October 5.

“It would be much appreciated if both the Manu Samoa and the Cherry Blossoms (Japan) could win the pool games and advance to the quarter finals round and have a shot at the final rounds.

"It may sound unrealistic but remember the last World Cup where the Cherry Blossoms defeated the two times world champion South Africa. That Japanese victory reflects that anything is possible.

“After witnessing firsthand the Manu Samoa’s Siva Afi during their match against Tonga, I witnessed firsthand the energy and braveness to win the game. The same goes with their upcoming journey in the World Cup.” 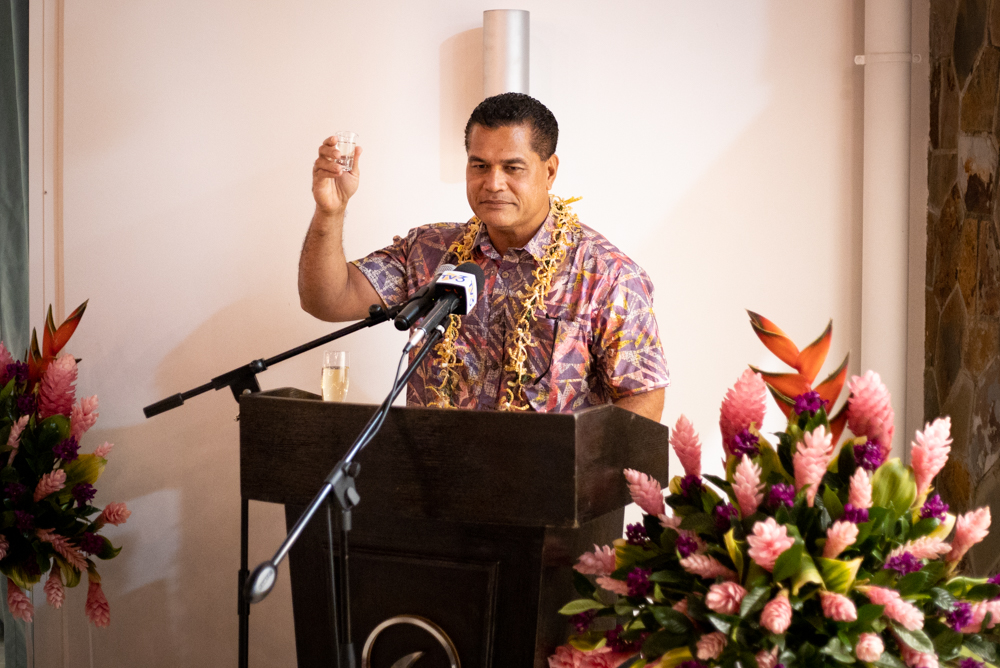 The Minister of Communications and Information Technology, Afamasaga Rico Tupa'i, thanked the Japanese Embassy for hosting the reception and wished the Manu Samoa and Cherry Blossoms good luck in their matches with a toast.

"Japan and Samoa's relationship goes beyond all the co-operations and every other area of our development trust, and it goes all the way to sports.

"We have not done this as a country in terms of gathering in the evening in a very beautiful surrounding, but thank you for celebrating with us the send-off for our team."

Afamasaga acknowledged the support and funds provided by the Japanese Embassy to assist in the Manu Samoa World Cup journey.

Samoa's first World Cup game is against Russia on September 24.