Eight year old, Jewlasi, Papali'i has spent much of her young life struggling with embarrassment from having a pronounced keyloid (a growth) on her ear.

Her grandmother, Sina Utumapu, said the deformity on her granddaughter's ear has had a significant influence on her education as she is often teased by classmates.

But at Moto'otua Hospital on Tuesday morning, those worries were about to be put to rest.

“From embarrassment, she was always shy to go to school and we just couldn’t help but feel sorry for her and her future but that God he gave us this chance to change her life,” Sina said

Jewlasi was preparing to have surgery to remove the keyloid. She is one of more than 140 Samoan patients who are receiving treatments from a group of medical professionals visiting from Australia and New Zealand, Interplast.

The team is composed of two surgeons, three nurses, one physio hand therapist. And this year they also made a land mark visit to Savaii

The nonprofit organisation has been visiting hospitals in foreign countries for more than three decades.

This week's operations have mostly on babies' cleft lips and cleft palates off the babies, congenital hand deformities, removals of tumours and cancers and treatments of burns.

The head of group, Doctor Benjamin Norris and his Samoan wife, Ainu’u Norma Schwalger, say they are blessed with the chance to undertake volunteering work.

Ainu’u and her husband took over the programme when it was on the brink of ceasing visits to Samoa more than ten years ago because the organisation felt they were not being adequately utilised.

Their milestone visit to Savaii late last month for the first time was a success and they are hoping for more opportunities like these for Savaii residents.

"There is a need in Savaii for people especially babies with burns, and all different types of situations.”

Fifteen patients were operated on in Savaii.

Over 40 general patients also had chances to consult with the professionals in Savaii and 15 leftover patients are queuing at the Tupua Tamasese Motootua Hospital for their operations. 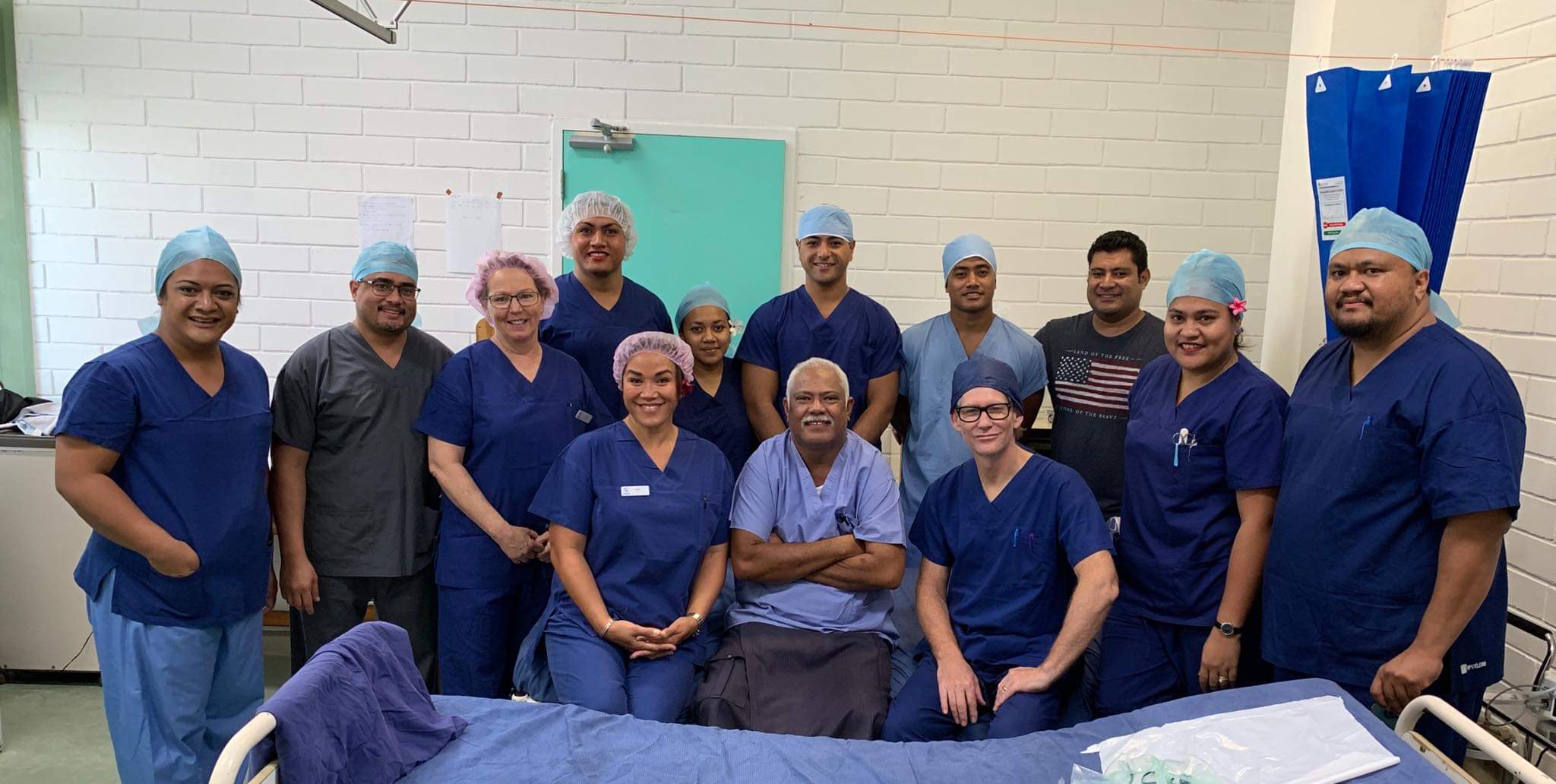 Dr Norris and his, Ainu’u said they were proud to extend the programme to Savaii for the first time.

“There was also a group of people that have been doing it for the last 10 years but with Savaiis’ concern, that was a milestone trip as no outreach programme as ever gone out to Savaii before and no one that haven’t had a general anaesthetic done in Savaii,” Ainu’u said.

“So we feel that this has been an amazing trip and it has been a massive milestone and it’s something that we’d really hope whether its’ be here or every two years or something because there’s a population we’ve been told about 50,000 people in Savaii.”

Ainu’u  said this is her way of helping her Samoan communities and utilising the team's skills as doctors and nurses.

“In Savaii, it was just three of us, it was just me, Ben and our other scrub nurse and we went with four of the locals, two doctors and two nurses and it was fantastic.”

Interplast is hopeful that, even if only every two years, they wish for Savaii to continue being in the programme as they have already operated on many patients.

In Savaii, they don’t do general anesthetic and so cannot perform major operations.

Many of those receiving surgery report life changing impacts, such as regaining use of their hands after burn wounds.

Interplast is a plastic surgeon's association based in Melbourne.

Ainu’u wishes to remind the public that the work does not involve cosmetic surgery.

“We saw a lot of cancer stuff that needs to come out because it can turn into a cancer so not just care people but we also saw a lot of tumours and things in Savaii but a few babies that had cleft lips and cleft palates," Ainu’u said.

"Hopefully we can continue the Savaii trip if we have MOH to allow us and if we have the funding.”

Interplast also extended their gratitude towards the Ministry of Health (M.O.H) for allowing and facilitating their programme and mostly for making the programme possible to be operated in Samoa.

The programme was also an opportunity for both local doctors and nurses and the Interplast group to exchange skills and improve knowledge medically for the future of Samoa.