The 21-year-old Sydneysider was born the youngest of seven children in New Zealand to Samoan parents Line and the late Afuamua Nofosao Faafoi from the villages Safotu, Avao, Lelepa, Siutu.

“I want to be an advocate for youths, just to show them that they are capable of more than what they don’t turn to the wrong pathway, a concern right now is that the younger youth tend to turn to suicide in general,” she said.

"I want them to be that leader to show them the right path and I want to promote that message of choosing life because it has a lot to offer and that life is irreplaceable. 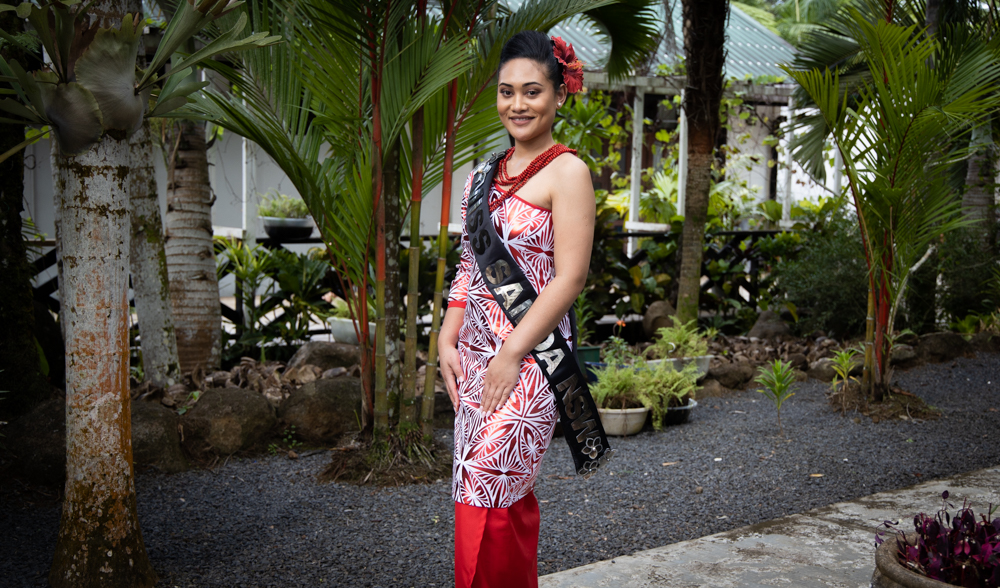 “The pageant is more than a beauty pageant and beauty does not define anything it’s about what is inside meaning to lead with a good heart to make a change.”

She is currently a front office supervisor and has completed her Higher School Certificate.

“I am an ordinary girl; I love gospel singing as well as helping out with anything to do with church community, spending time with my family especially with my cousins, nieces and nephews, dancing and cooking," she said.

“Another reason I joined the pageant was for personal development and self being just to build that self-confidence and self-achievement."

Samoa is known as the friendly islands because our people are warm and hospitable and I think that makes our country different from the rest of the world, she said.

“There are challenges and yes it is stressing but if it is something worth doing then I can endure it all. My faith through prayer is my stress reliever and during times of difficulties and challenges the Lord is always there for me," she said.

One of those dark times was when she lost her father to pancreatic cancer in 2015.

“I was in Bluesky Matafele last week and I saw these women with beautiful flowers and wearing yellow but yellow is a representation of [the] cancer foundation; it was the Samoa Cancer Society celebrating Sei Pua Day which is to commemorate those who passed away from cancer.

"It had a special meaning to me because I was reminded of how strong my father was during his battle with cancer.”