Catholic parishes in Apia choir were the first to perform on the night. (Photo: Misiona SImo)

The 29th annual Teuila Festival opened with a song on Sunday night. The voices of ten choir groups whose voices reverberated through out the E.K.F.S. Hall in Sogi on Sunday night.

This year's Festival had just been officially declared open by the Minister for Tourism, Sala Fata Pinati.

The service was led by Congregational Christian Church in Samoa Reverend Etisone Gafa of E.F.K.S. Lalomanu who began with a Sunday reading from the Book of Psalms and then prayed, before the Minister officially opened the festival, themed: 'Beautiful Samoa' 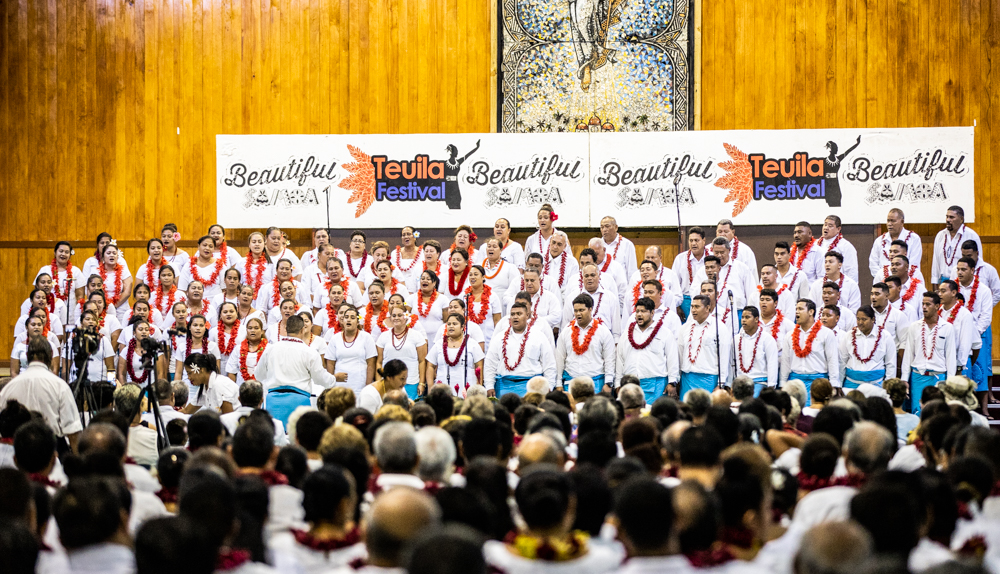 He encouraged working together for the greater good of Samoa during the Festival, as its success benefits businesses, families, communities, and the country.

"Our hospitality must also be reminded and ensure that we provide the highest form in greetings and also services starting from the airport, hotels, taxis and all businesses in Samoa," he said. 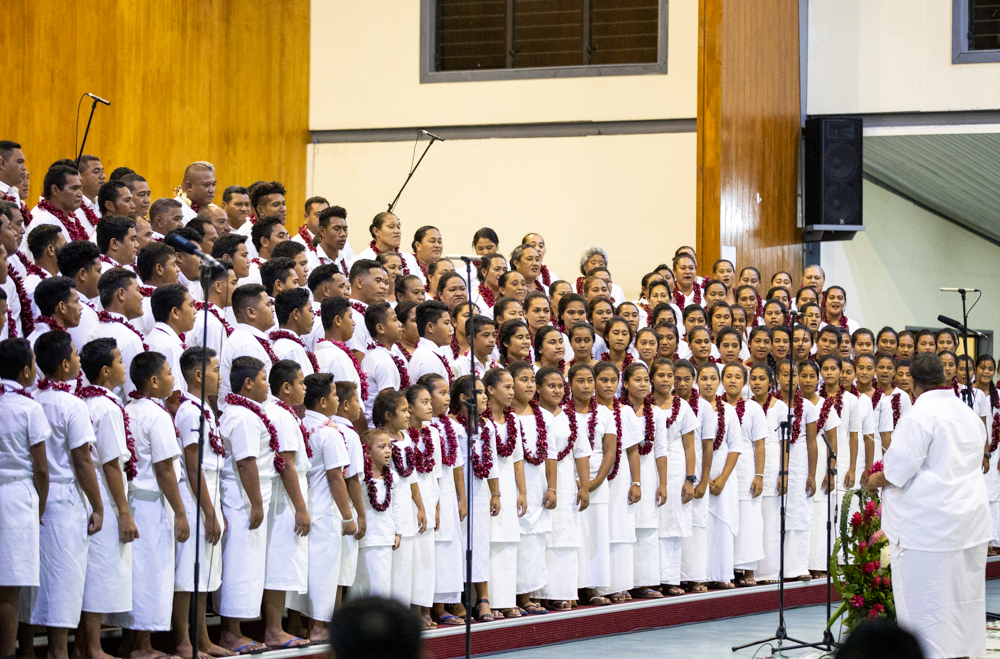 Sala encouraged the general public to engage with and celebrate this year's Festival.

Held at the Congregational Christian Church of Samoa Hall, the event was well attended by the His Highness the Head of State, Va'aletoa Sualauvi II, Government officials,  nine Miss Samoa contestants, and a large public crowd.