A Samoa Airport Authority bus rolled into a ditch at Tuana'imato near the Football complex on Saturday afternoon, allegedly after the driver forgot to apply the brake when he stopped at his home to use the bathroom.

No one was in the bus at the time of it rolling into the ditch.

By the time Samoa Observer got to the scene, the bus driver had already been taken into Police custody for questioning.

The Samoa Airport Authority Chief Executive Officer, Silimanai Ueta Solomona, was present at the scene and said he passed by chance.

The A.A. bus crashed into the bushes right across the bus driver's residence. 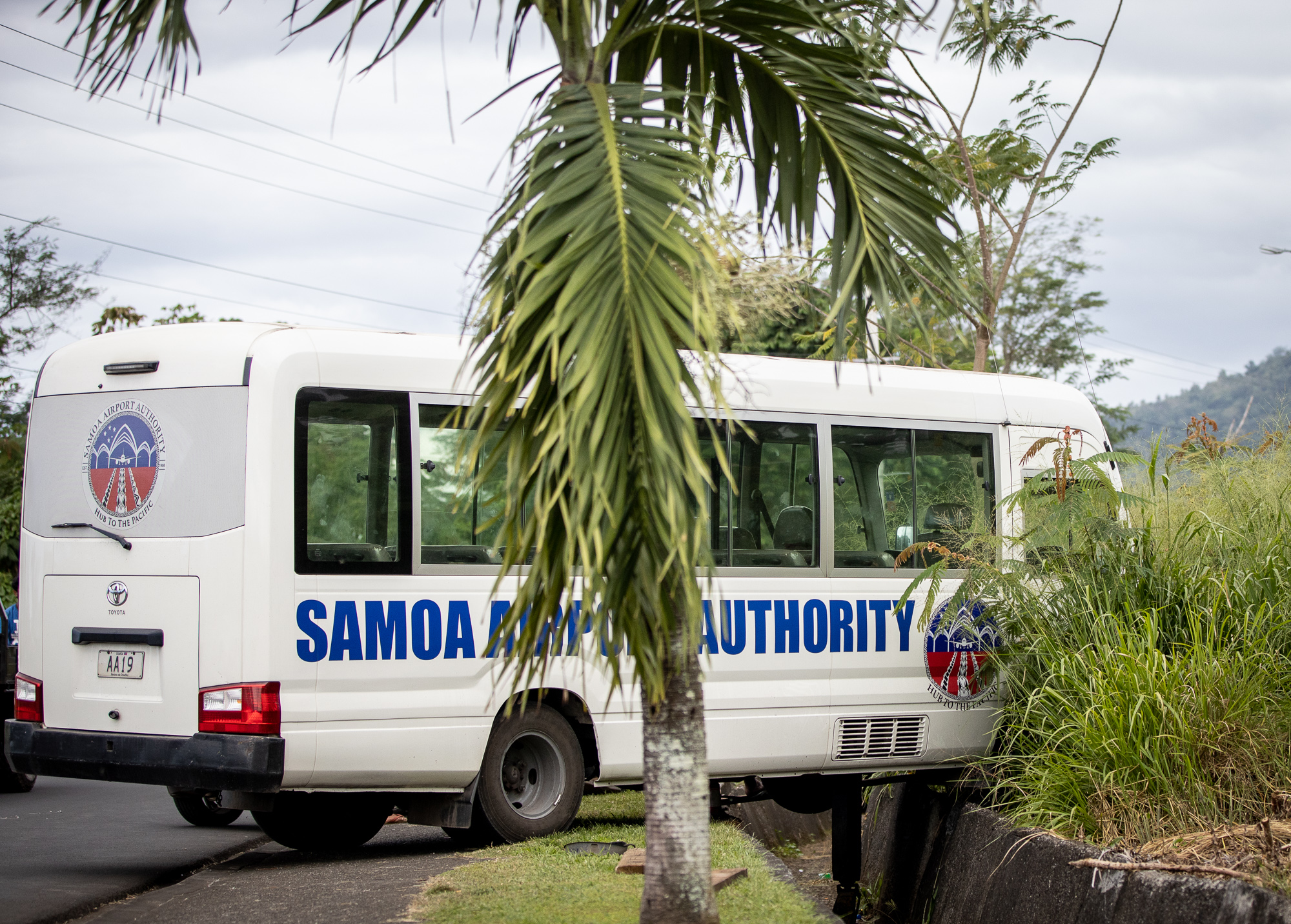 According to Silimanai, the bus driver was stopping by his house to quickly use the bathroom but allegedly forgot to pull on the the brake.

The bus drifted across the road and over the gutters across his home.

Silimanai said luckily there were no cars passing by or anybody walking past at the time of the incident.

Police did not respond as of press time.