"Kill us, only then can they occupy this land," Sogi resident says

The land in question that is occupied by the Tokuma family. (Photo: Areta Areta Jr )

A 69-year-old woman born and raised in Sogi is defying the Government's order for them to move.

Contrary to repeated warnings that families in Sogi will be evicted if they don't move, 69-year-old, Aiga Tokuma, said unless the Government kills her family, they will not move.

"Only then they [the Government] can occupy this land; but we will not go down without a fight."

This week, the Government warned they will proceed with plans to evict families remaining in Sogi for standing in the way of the work of Samoa Land Corporation (S.L.C.).

“The date given for the families to relocate remains December 2019 for them to leave Sogi; however some of the families are interfering with the government work,"  said Chief Executive Officer, Ulugia Kavesi Petelo.

“We have tried several times to conduct land valuation on the government properties but the families have interfered.”

He told the Samoa Observer they are left with no option but to proceed with eviction.

There are close to ten Tokuma residences on the 50 acreage swamp, which is occupied by more than 100 members of the Tokuma family; the youngest is an infant.

“Our family will die on this land,” said Ms. Tokuma, who is the youngest of 11 children of the late Ulalemamae Lei'ataua and the late Turaroe Tokuma, of Solomon Islands. 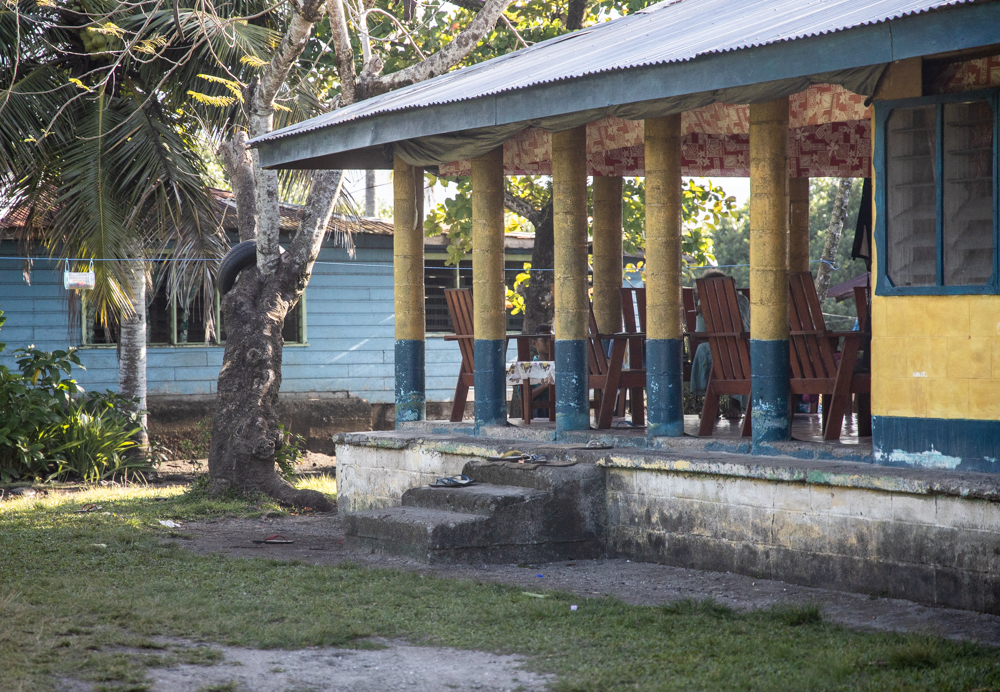 “We have lived on this land for more than 100 years. I learned from a young age this was swamp but my father worked the land, filling it with rocks one day a time, enabling our families to build homes on it," said Ms. Tokuma.

“My parents did that and now they want to just take it like it’s theirs? That will not happen. We will not go down without a fight."

She told the Samoa Observer last month, a number of S.L.C. staff and more than 20 Police Officers were trying to conduct a valuation of the land.

"I chased them away and told them they will not survey our family land. This is the not the first time the government has tried to remove our family; back when the late Tofilau Eti Alesana was Prime Minister; they tried to evict us, but when my eldest brother told them to kill us first, they left".

The elderly woman said five Tokuma generations were raised on the land in question.

Her older brother, Nanai Liutofagaomataafa Tokuma, has been leading the family’s fight against the Government’s decision to evict residents.

Nanai believes the land they are living on is their inheritance.

In 2018, the Court of Appeal dismissed the lawsuit against the Samoa Land Corporation by the Tokuma family.

And the Tokuma family was ordered to pay the respondent costs of $5,000 together with reasonable disbursements.

According to the decision, the family argued that by descent they are lawfully entitled to a large but unidentified block of land at Sogi, and that their forebears acquired the land many years ago from government officials.

They brought a claim against the Samoa Land Corporation in the Supreme Court seeking various declarations, which would affirm their legal rights to the land and get an interim injunction preventing their relocation.

Their claims were ultimately based on pleaded causes of action for unjust enrichment and proprietary estoppel by encouragement or acquiescence where Justice Leiataualesa Daryl Clarke dismissed their claim.

“The appellant appeals against the judgement, and they claim the judge erred in rejecting hearsay evidence tendered in support.”

The Appellate Court says the Tokumas fell well short of satisfying some critical elements of proof.

“They failed to provide the necessary factual foundation to support equitable claims of unjust enrichments or proprietary estoppel by encouragement or acquiescence," the court found.

“The Samoa Land Corporation’s superior rights of legal ownership of the land were always going to prevail.

“The company had not acted or omitted to act in any unconscionable way that might have benefited it unfairly at the Tokuma’s expenses or comprised its legal entitlement as registered proprietor,” the appellate decision said.