Samoa Red Cross team were heating up with lots of injure athletes as they reach the finish line, and they have put a great effort.

Team leader Iuni Pau spoke to the Samoa observer on Friday morning, he said there is a big chance that schools in Samoa needs to brief on how to train the students.

“The injuries we have seen in the Cham of champion the student are facing are not enough time to strain the muscle of the body," he added.

He also said another thing that we saw there were not enough training of the students and third is the not enough food for the athletes to eat.

"In terms of injuries that we have seen is caused by the stomach pain because they have enough to eat and the fitness," he added.

Mr. Pau team leader told this newspaper the first Aid service we are trying our best to provide first aid to all the athletes to save their lives. 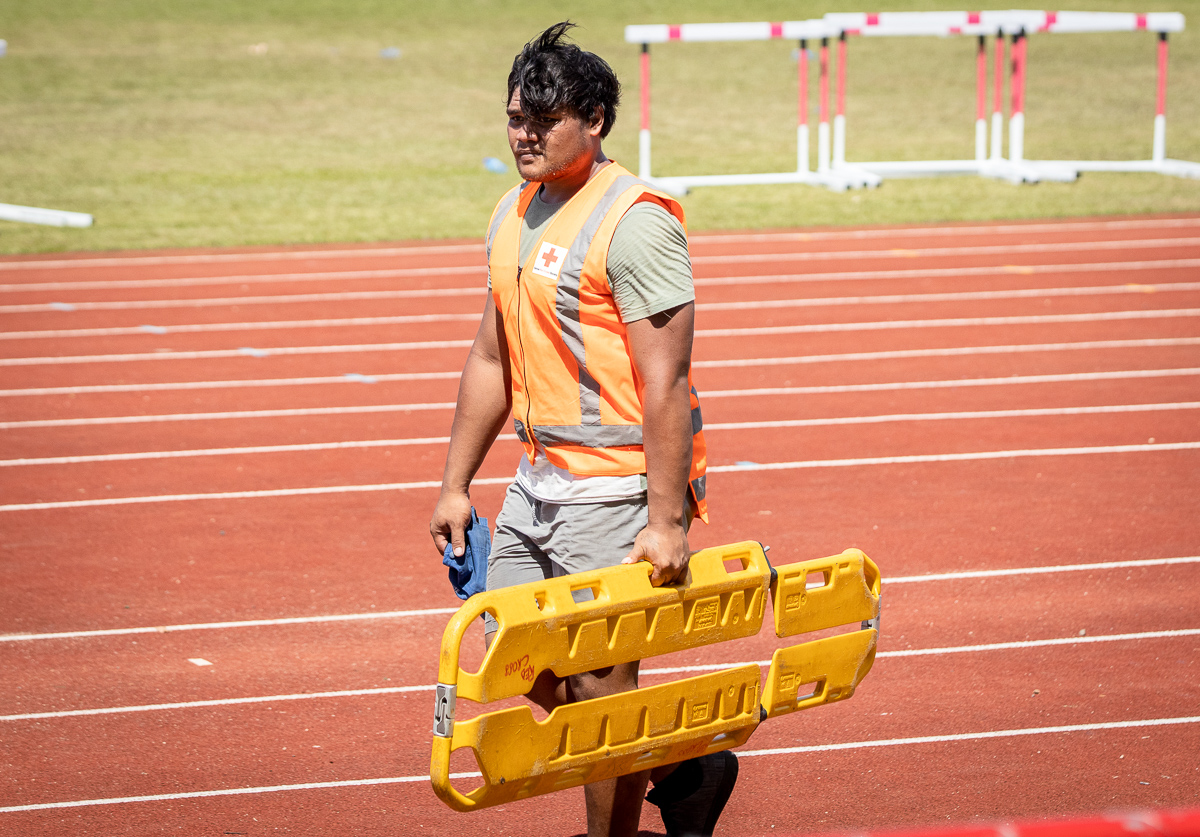 Iuni Pau team member Visesio Leiataua added most of the injured athletes had are caused by muscle problems and lack of water in the body.

"There about fifth athletes who are injured, but thank god it's not a bad injuries that athletes has," he said.

Mr. Leiataua added thank the lord that there was no one lost their life to the injuries, but  just advice to the coaches to explain to the students everything about their training.

"They should have a warm up strain and cool down strain after the game to return the muscle of the body, because that is what we see today," he said.

Leiataua told Samoa Observe the Red Cross already done an outreach program to all schools in Samoa to training them, on the first aid service.

Iuni Pau added the Red Cross has only fifteen members who are covering the Champion of Champion and provide the First Aid service.