“My dream is to become the fastest man on the track." - Pesamino Iakopo after winning the Senior Boys 100m. (Photo: Aufa'i Areta Areta)
Track and field
Grassroots
School sports

Pesamino Iakopo was the star of the Champion of Champions athletics on Friday and is now officially Samoa's fastest schoolboy.

In addition to his victory in the Senior Boys' 100 metres and 200 metres he also took out the triple jump.

The 18-year-old Don Bosco College student even set a new record for the triple jump record, and said being Samoa's fastest schoolboy was the culmination of a long-held dream:

“My dream is to become the fastest man on the track," he said.

The Don Bosco team arrived from Savai'i on Wednesday for a couple days training at Apia Park, where Iakopo made the semifinals of the Pacific Games 100m back in July. 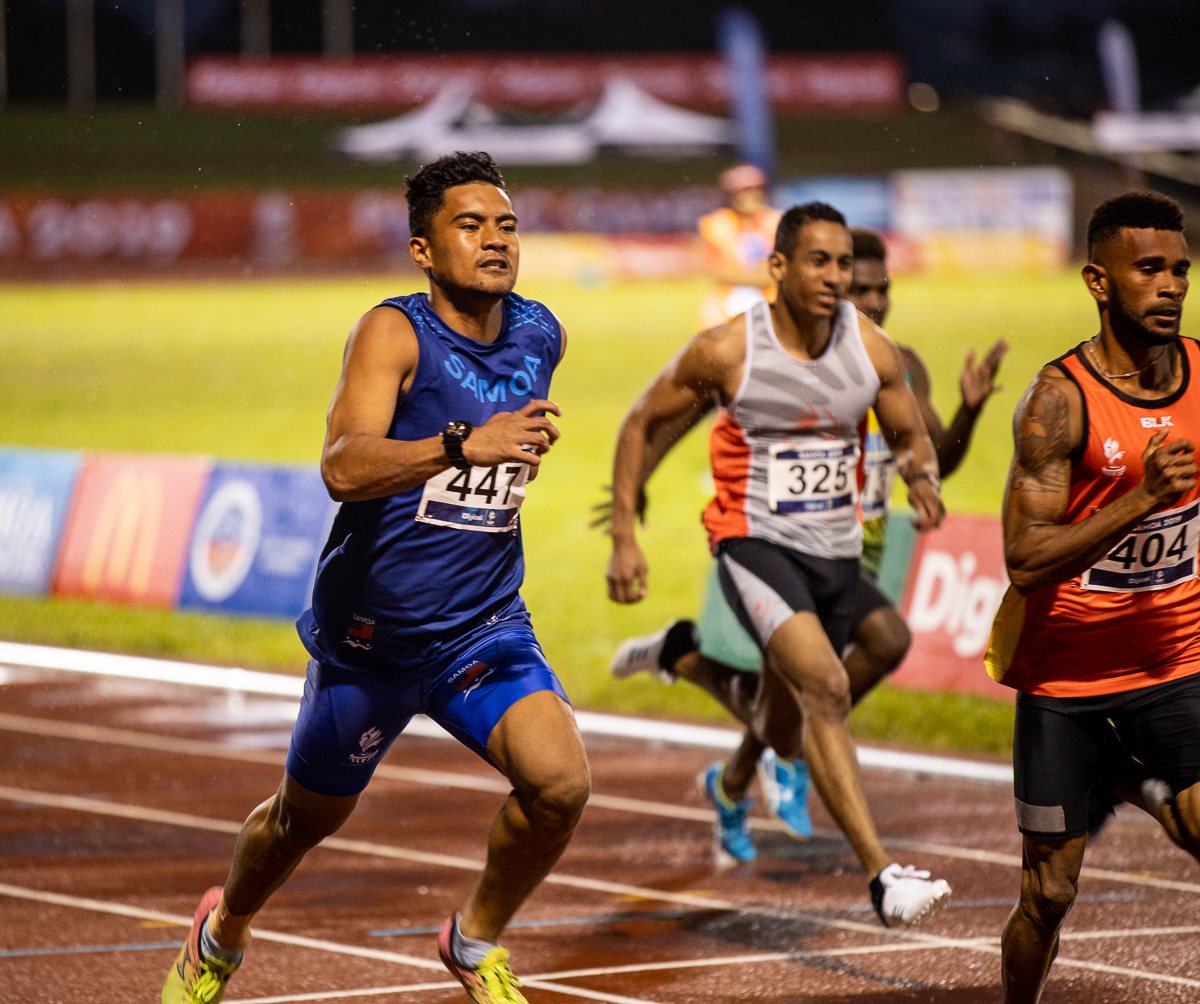 As part of the Samoa's Games team, he was one of 81 athletes to head to China for a four-month training camp earlier this year.

Iakopo said he learned a lot of skills there which helped him both at the Games and coming into Champ of Champs.

He said he learned a lot from fellow Samoa sprinters Kelvin Masoe and Jeremy Dodson as well.

“Jeremy Dodson helped me with training, and other things to do for good running," he said.

He played Super 9 for the Savai'i Vikings last season, and has made the extended Samoa A squad which is beginning it's preparations for the World Rugby Americas Pacific Challenge at the end of the year.