Legal battle between Govt. and C.C.C.S. far from over, says P.M.

The legal battle between the Government and the Congregational Christian Church of Samoa (C.C.C.S.) is far from over, Prime Minister Tuilaepa Dr. Sa'ilele Malielegaoi has warned.

But Prime Minister Tuilaepa said the Government is not leaving the matter alone.

“They will be summoned and charged individually," he said. "This is as opposed to the previous practice where they were jointly charged."

District Court Judge Leota Raymond Schuster dismissed the matter following an application by the Ministry of Revenue, to withdraw two charges against each defendant due to the lack of evidence.

Each Church Minister was charged with two counts of withholding tax and failure to file tax.

The Prime Minister said the move to charge the Church Ministers as a group is a result of the volume of church ministers who continue to defy the Government laws.

“The Ministry [of Revenue and Customs] opted to charge the church ministers as a group rather than individually. It was done out of respect for them as church leaders. 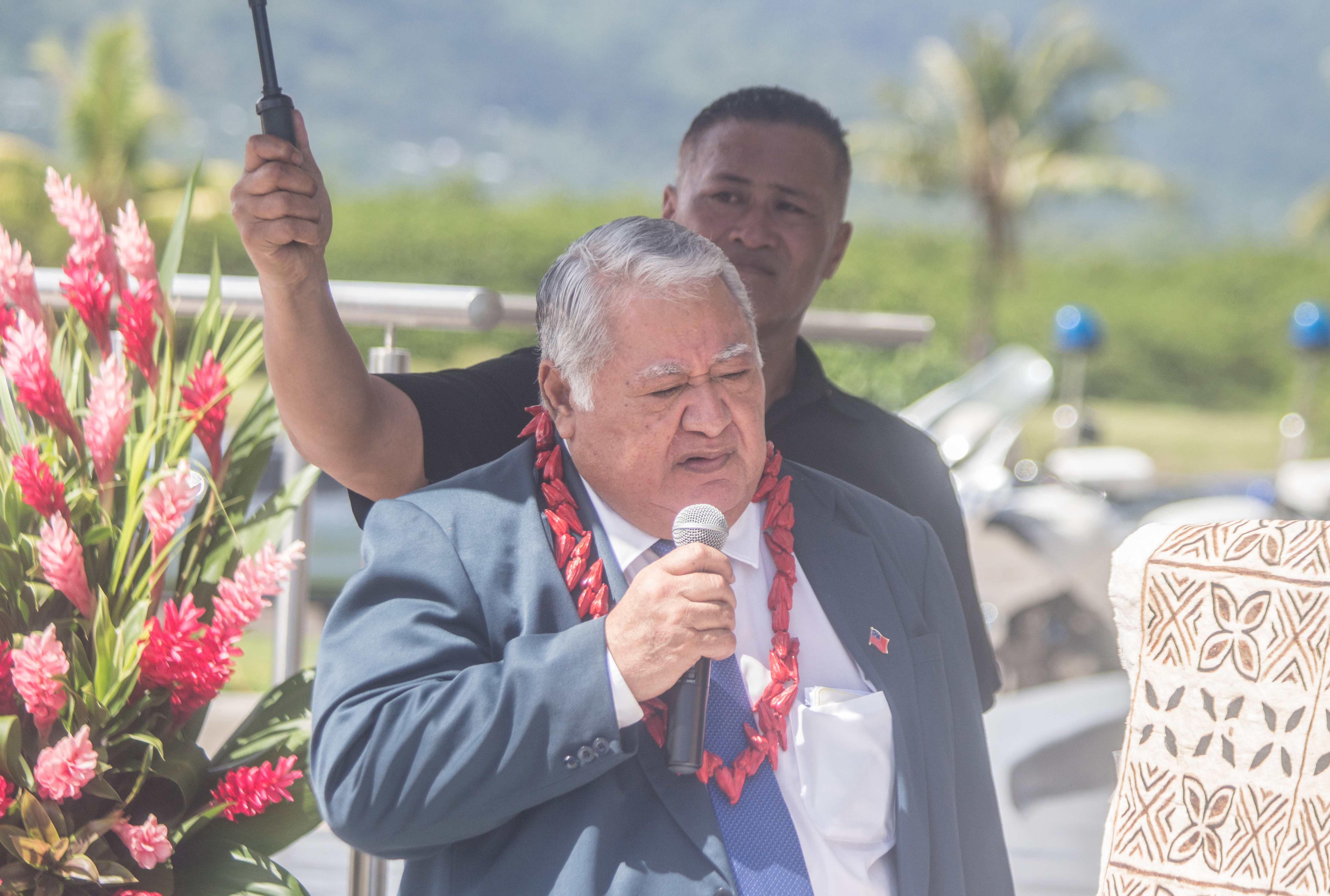 He said the police will now serve the summons and they will be prosecuted individually.

The C.E.O. for Ministry of Revenue and Customs Matafeo, Avalisa Viali-Fautua’alii, in a statement clarified they are working with the Office of the Attorney General.

"It is a continuous, active and ongoing effort that has not be stopped by the recent withdrawal of charges,” he said.

“In light of the District Courts decision yesterday (Wednesday) in the ongoing tax cases for ministers of religion, it is imperative that the Ministry issues this media release to inform the public of the approach that will be taken by the Ministry.

"In essence, this information serves to clear the misconceptions arising as a result of the court proceedings.”

Matafeo noted the importance to outline the cases of this nature where ministers of religion are involved, emotions are high in the struggle between our spiritual faith and the concepts of fairness and just that we strive to achieve.

“The Ministry is aware of the ongoing refusal of the Congregational Christian Church of Samoa to comply with tax legislation enacted by Parliament," he said.

“This information serves to advise the public that the tax cases for ministers of religion is continuing with the Office of the Attorney General leading these prosecutions.

“It is crucial to note that the decision to withdraw the charges against the ministers of religion yesterday should not be taken to mean that the Ministry and most especially the Government will be reconsidering the tax law as it stands.”

Matafeo further stated that C.C.C.S. is the only denomination that opposes the tax law, the Ministry and the Office of the Attorney General will continue to work collaboratively in future court proceedings against ministers of religion who do not fulfill their tax obligations under the tax law.

“The Court was advised accordingly of the future court proceedings which will be conducted by the Office of the Attorney General, with the assistance of the Ministry," said Matafeo.

“As such, the Ministry made an application to withdraw the charges in anticipation of future charges that will be filed on the advice of the Office of the Attorney General".

Mapuifagalele Home of the Aged braces for the worst

As the uncertainty continues over the status of COVID19 in Samoa with a second positive test confirmed, the elderly residents at Mapuifagalele being prepared for whatever eventuality thanks to the help from a local senior doctor.

Samoa’s culture and Christian beliefs are contributing factors to domestic violence but they can also be the strongest solutions to the social problem, family violence prevention advocate Tuiloma Sina Retzlaff says.