Jim Winegar, the Robert Louis Stevenson Foundation Inc. (R.L.S.F.) President, relayed remarks from Scotland’s Minister of Culture Fiona Jane Hyslop – whom they had extended an invitation to for the silver jubilee anniversary celebrations.

“The life and contribution of the great Robert Louis Stevenson has created a strong connection between our two countries.

“Celebrations like this keep the connection alive and we are keen to build and strengthen this link, and I look forward to areas for future collaboration.

“Although I cannot attend in person, I would like to wish you a successful event today,” Winegar read from a letter sent by the Scottish Minister.

Tilafaiga Rex Maughan, the Chairman of the R.L.S.F., was not able to attend the anniversary celebration but was able to relay his message through Mr Winegar.

While expressing his regret at not being able to attend, Tilafaiga said he would rather be on the verandah at Villa Vailima to celebrate the life of everyone's favourite author. 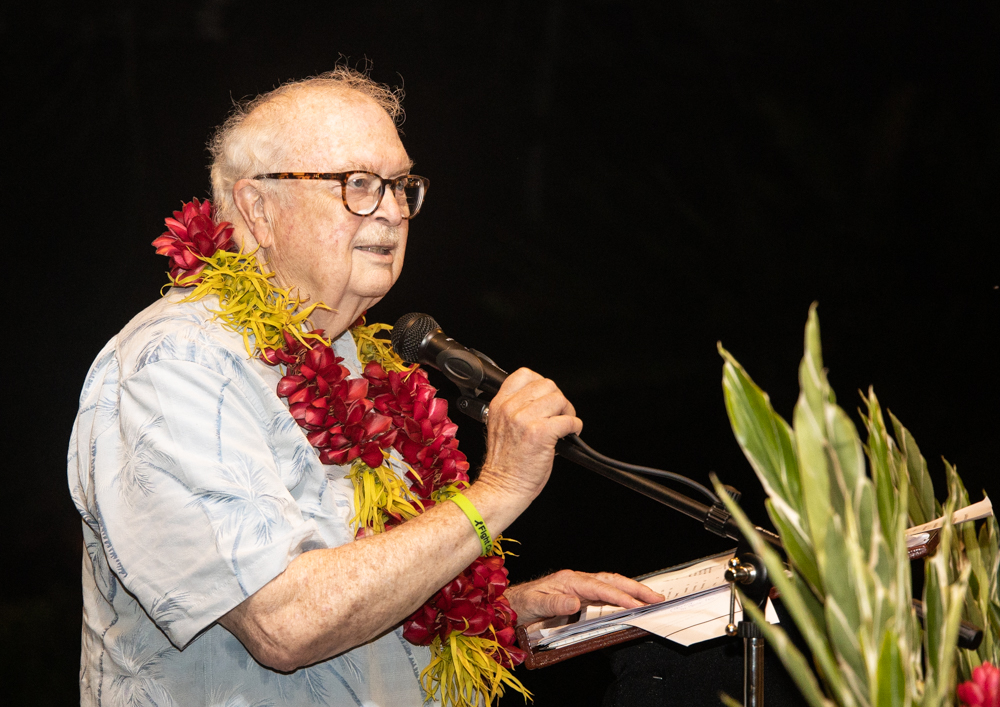 “For the past 25 years, we made sure that we have a gathering as an expression of our alofa and fa’aaloalo tele for his life and his works, his moral character and his life,” Winegar read.

“I marvel at his courage and bravery as he dealt with his chronic lung problem. He had a challenge of ill health all his life but the climate and surrounding of the people of Samoa gave him the health he needed to continue living.

“Basically moving to Samoa gave him almost five additional years of life with a quality that he had not known before.”

Tilafaiga then stated in his letter that he personally admired Robert Louis Stevenson for creating his own life, journey and strategy on how to live and “he did it magnificently”. 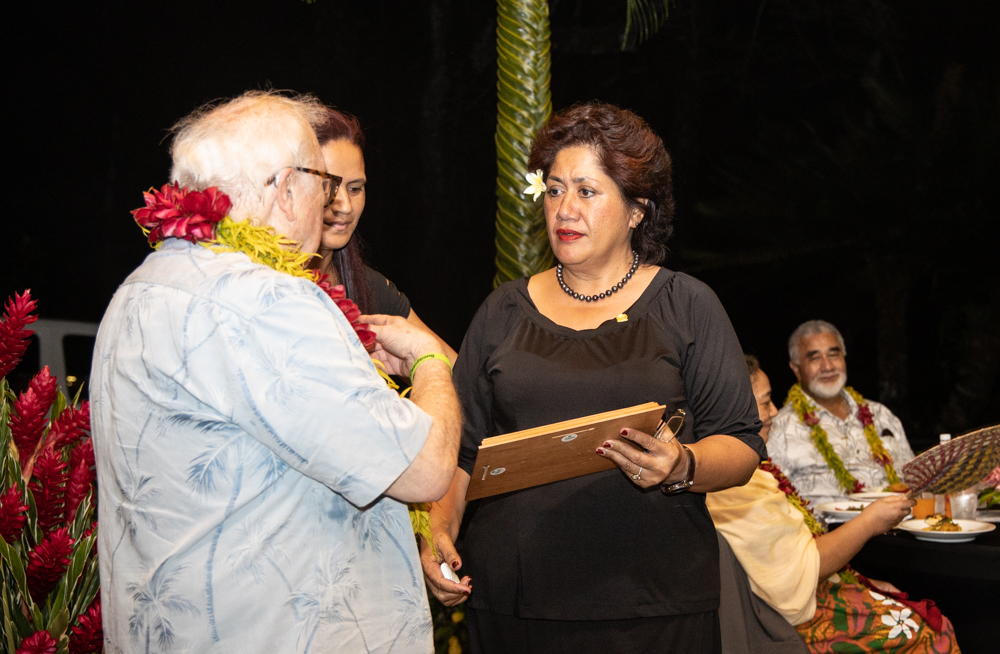 “People who have in unusual ways – who have contributed to the life and the quality of life that we have here in Samoa to remember things historically – to make sure that things are appropriate and that the memory of Tusitala remains strong,” added Mr Winegar.

The first recipient of the community service award, Papali’i Sonja Hunter, said the award is not just about her but for everyone who was present at the event.

“Thank God and then personally thank Jim. Tonight I just want to say, it’s not about me it’s about all of us, for we all have our different gifts and talents that God had given us. Honor and just say praise God for everything," she said.

The prestigious award of the night was given to the late Joe Keil. 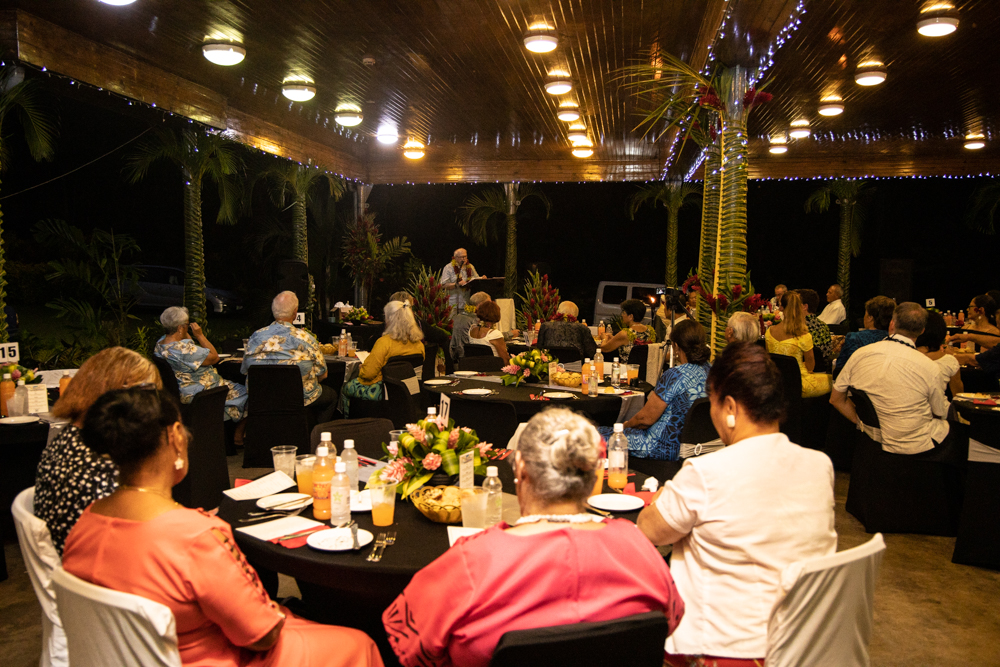 Winegar introduced the award by saying it is for the countless contributions that the late businessman and former politician had made, for the preservation of documents and artifacts of historical significant, throughout the years.

“He’s been a guest speaker and he’s always had a lot to say about Tusitala and Samoan history. But I don’t think he’s missed any in the past 24 years Robert Louis Stevenson memorial events. His passion for Samoan history made it mandatory that he’d be present,” he said in his introduction.

“We love Joe personally and we also love Celine whose tireless support; keeping the home fire burning with all the Samoan mums do to make certain their men are always at their best.

“And then there’s an additional name of the plague, his name is Nathan; our dear friend.

“Volumes can be written about this beautiful son of Joe and Celine; whenever they went, he was never too far away, often times, leading the path.

“The relationship between Joe and Nathan contains the stuff Samoan myths are made of, except their love was real and their story is true, and I might add, eternal.”

Nathan then accepted the award together with his mother Celine while holding back tears.

“Thank you very much for this honor, for Joe,” she said.

“I wish he was here, he would have been more eloquent in thanking you so just to wrap it up, I want to say fa’afetai tele, it is our honor, Jim Winegar and Tilafaiga Rex Maughan.”

The night progressed under the beautifully decorated villa with musical selections and entertainment in between more speeches delivered by special guests.