A record 34 schools from colleges across Samoa will be lining up for this year's Secondary School’s Champion of Champion athletics today.

There will be nine schools from Zone A, six from Zone B, eleven from Zone C and eight from Zone D competing at the competition, sponsored by Samoa Stationery and Books (S.S.A.B.) at Apia Park today.

The confirmation of this year's record field was made by the President of the Champion of Champions Organising Committee, Matafeo Seinafolava Reupena Matafeo.

“I am pleased to announce that this is the first time the number of schools to compete in the Champ of Champs has ever gotten up to this number,” he said.

“This shows a high level of competition within the students and between the colleges.

“And as you may all know, this competition involves every college in Samoa including all government, churches and private colleges.” 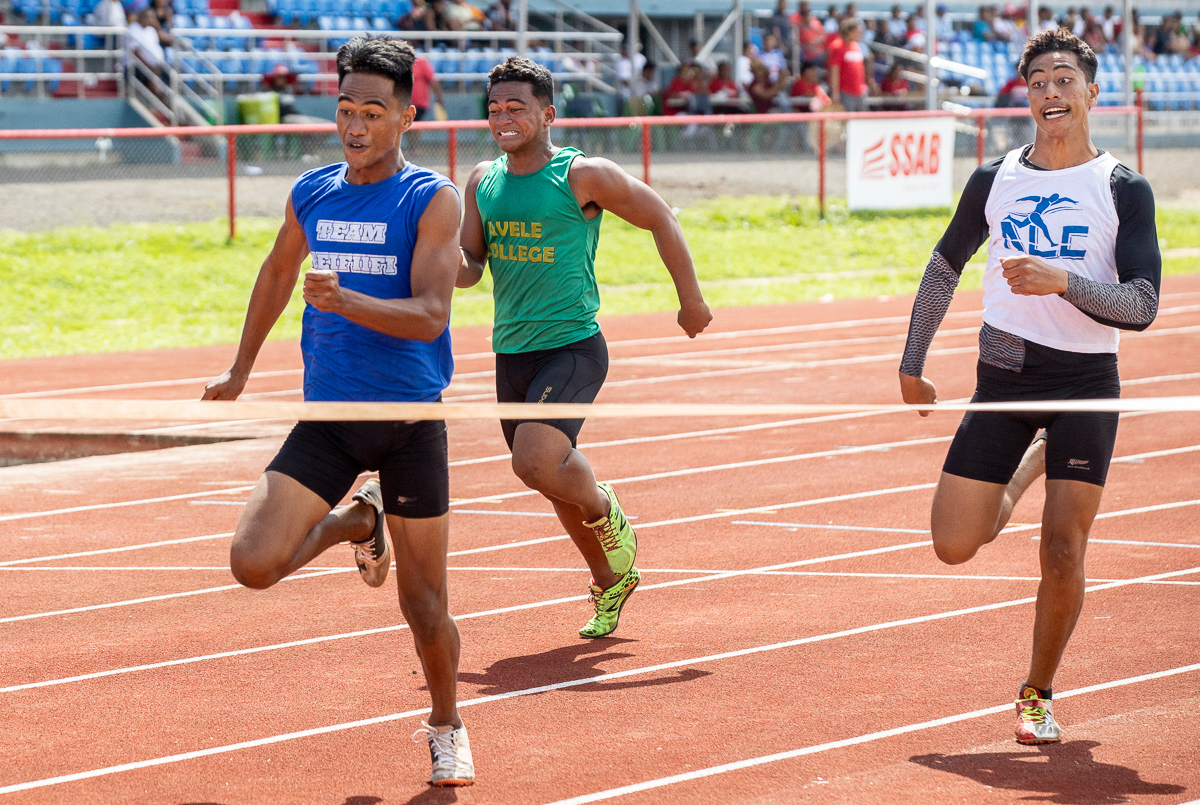 But while today's event is the pinnacle of college competition, for Friday's most successful athletes training and development will not end there.

Samoan athletics administrators say this will be the second year of a highly successful partnership, designed to nurture the future professional athletes who perform well at Apia Park on Friday, in a system modelled on that to develop the nation's young rugby talent.

The Champ of Champs will be operated under a theme - “We are Uso” - encouraging a one-in-spirit ethic between competing schools and enforcing the spirit of good sportsmanship.

Seinafolava also assured they have taken extra security measures to make sure the competition will be held in a peaceful atmosphere.

It has been two years since a partnership was formed between Athletics Samoa Association and the Champion of Champions Organising Committee to take responsibility for maintaining the developments of athletes after they graduate college.

“The biggest question was: What if it’s a boy or girl who was running for year 13, and then what?," he said.

“The answer is, it should be continued,”

“And continuing means, Athletics Samoa has the right knowledge and is also the umbrella for athletic athletes of Samoa and they will be the ones to take them in to continue to nurture their talent. 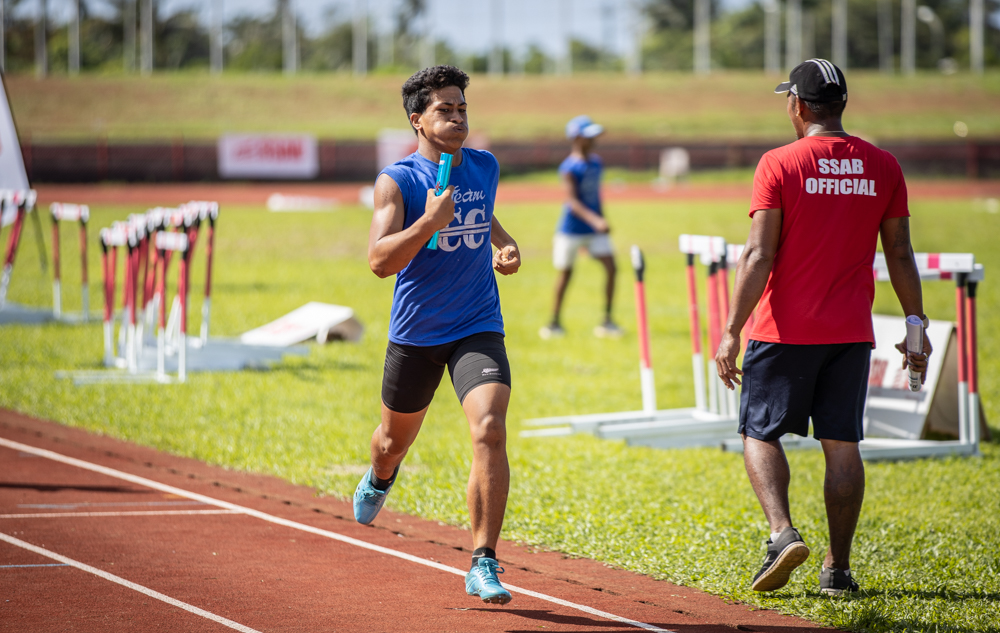 “Just like how the boys and girls rugby is put under and made as a sub-union of the Samoa Rugby Union.

“The goal is that after their years of training in college, they are continued to be trained and work under the right union.”

Seinafolava explained the benefits of the partnership include opening opportunities for athletes who are able to join and train under the Samoa Athletics Association umbrella after they graduate college, just as the Rugby Union does for the college rugby athletes.

“Next month, a selected U18 male rugby team will be traveling to Australia, as well as in Tonga and Fiji, and so the team selected are called the National Secondary Schools Boys Rugby U18.

“Not only that, but overseas has also taken notice of this advanced level of players, there is also an invitation for male college students to join the World Cup, from U15 rugby,” he said.

Three Avele College Students and two St Joseph’s College students have been chosen to represent Samoa in the invitation from the Japan Rugby Union.

“The Samoa Athletics Association has decided that working with the Champ of Champs Organising Committee will open opportunities for students to participate in regional competitions,” Seinafolava said.

"Samoa has good sports facilities, 100 per cent but the question is: [are they] being fully utilised? The answer is no.”

“So how we have looked at handling this is by developing them now, in joint efforts with Athletics Samoa, so that we don’t look for athletes only when Pacific Games are around the corner.

“The aim is to continue, one year, two years and four, by the time a competition arises whether in Tonga or Tahiti, but Samoa has athletes ready to go, with an improved level of athleticism.” 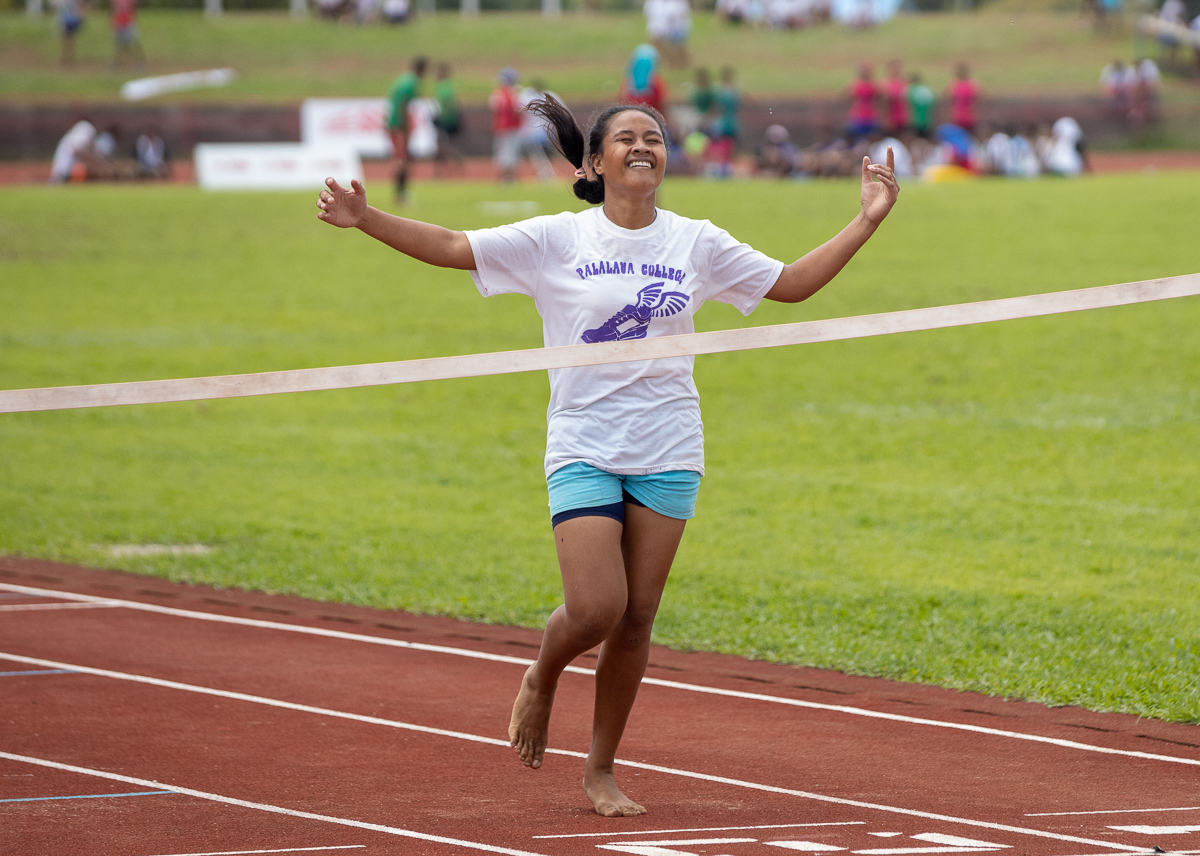 “The association already has plans for next year as there is an opportunity for our students for overseas, including New Zealand High School competition that will be processed through us and the Ministry of Education and Sports,” he said.

“And we have decided that we will be selecting from the first and second place from Junior Intermediate and Senior for these Games in December.

“Not only this but also the Polynesian Games for next year that will be held in Tonga and we are also strictly looking at our U18 athletes because we believe it is better to develop while they are still young.” 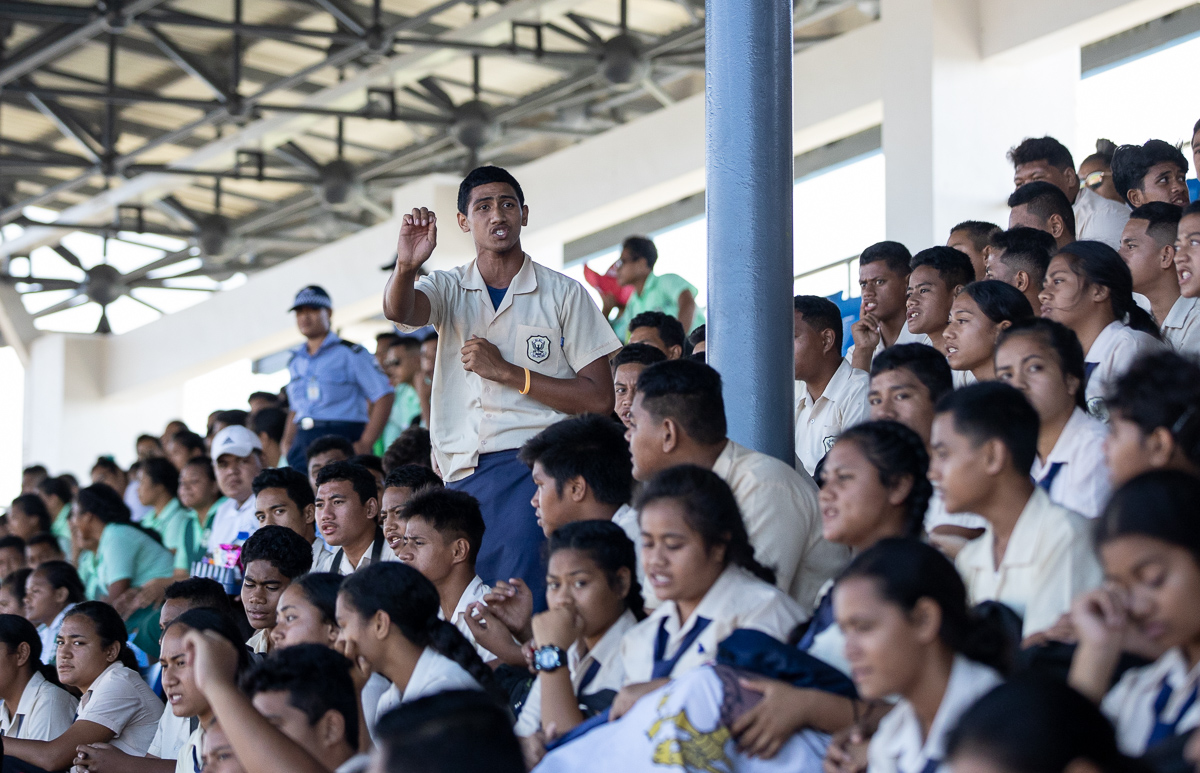 Since he was appointed Coach Director in 2016, Chong said only 7 students were picked from 2015.

“And now, so far we have 120, because of the trip that was taken to China, that’s when there was a lockdown in numbers, as well as those who did not go China but were trained under the founding program of Athletic Samoa.

“Right now males are dominating and we are desperate to look for girls to get involved with the program, and right now [we have] only 32 female athletes."

Chong said he is looking forward to seeing the athletes from his team, as well as others looking to impress:

“This is the chance to prove [themselves].”

He said the results his athletes have been getting since their four-month training camp in China ahead of the Pacific Games are impressive, and that is flowing on to the rest of the sport in Samoa:

“Last year was not so good, but right now it looks like the team that trained in China have sparked up some other athletes to challenge them.”

Sam Chong took 63 male and 18 female athletes to China, including those at both senior and development levels.

He said the team has a lot of potential at the moment, with a lot of good young athletes, especially locals.