Young Samoans depart for youth consultation on the environment

Two young Samoans, Aniva Clarke and Jane Tui Toala, have left the country for a trip they will remember for a long time to come.

The 13-year-olds are heading for Indonesia, to represent Samoa’s children at the Asia Pacific consultation on the child’s right to a healthy environment, as part of a two year global initiative, which will result in a declaration for world leaders.

They had a private private meeting wi, a first for them both.

Ms Ey, who will be accompanying the girls to Bogor in Indonesia said she felt Tuilaepa was very proud of the girls.

“I think he has a special place in his heart for the youth,” she said.

“He encouraged him to take their message to the world, and to be brave and loud, and give them the message they are not doing enough to address climate change.

They presented a video they had made of interviews with other Samoan youth from Upolu and Savaii, featuring their opinions on their rights to clean air, healthy oceans and an island to call home.

“Today we are facing a climate emergency which threatens the future of our planet,” Ms. Clarke said.

“Young people want everyone to start taking action to save our future before it is too late.

“I hope the consultation in Indonesia will give me ideas that I can bring home to share with young people in Samoa.”

Sea level rise is of major concern to Miss Clarke, but she said she was happy when the nation banned single use plastic bags and straws earlier this year.

Miss Tui Toala, who is from Asau, said she wants to show the world how Savaii already protects its environment to prevent its people from harm.

“We need to protect the environment, it’s important,” she said.

Her mother, Ms. Leaupepe said it is her daughter’s first trip abroad, and she will miss her very much.

“I told my daughter to show happy feelings to represent our beautiful country, especially my island, Savaii.

“It’s a great opportunity for her to travel.”

Justice Vui Clarence  Nelson, who as a committee member of the Convention of the Rights of the Child was able to invite the girls to attend has been supporting them as they prepared to leave.

“Samoa’s voice must be heard, as the Pacific should be.”

The consultation is part of the Global Initiative to Advance Children’s Right to a Healthy Environment.

The Global Initiative was launched earlier this year and runs until 2021, and consists of a series of regional consultations to be held around the world, bringing together children and other key stakeholders.

It will culminate in a final global consultation to draw together key recommendations, shaped by children, young people and experts, over the course of the initiative.  The consultation and survey outcomes will form the basis for the Global Declaration to be presented to world leaders. 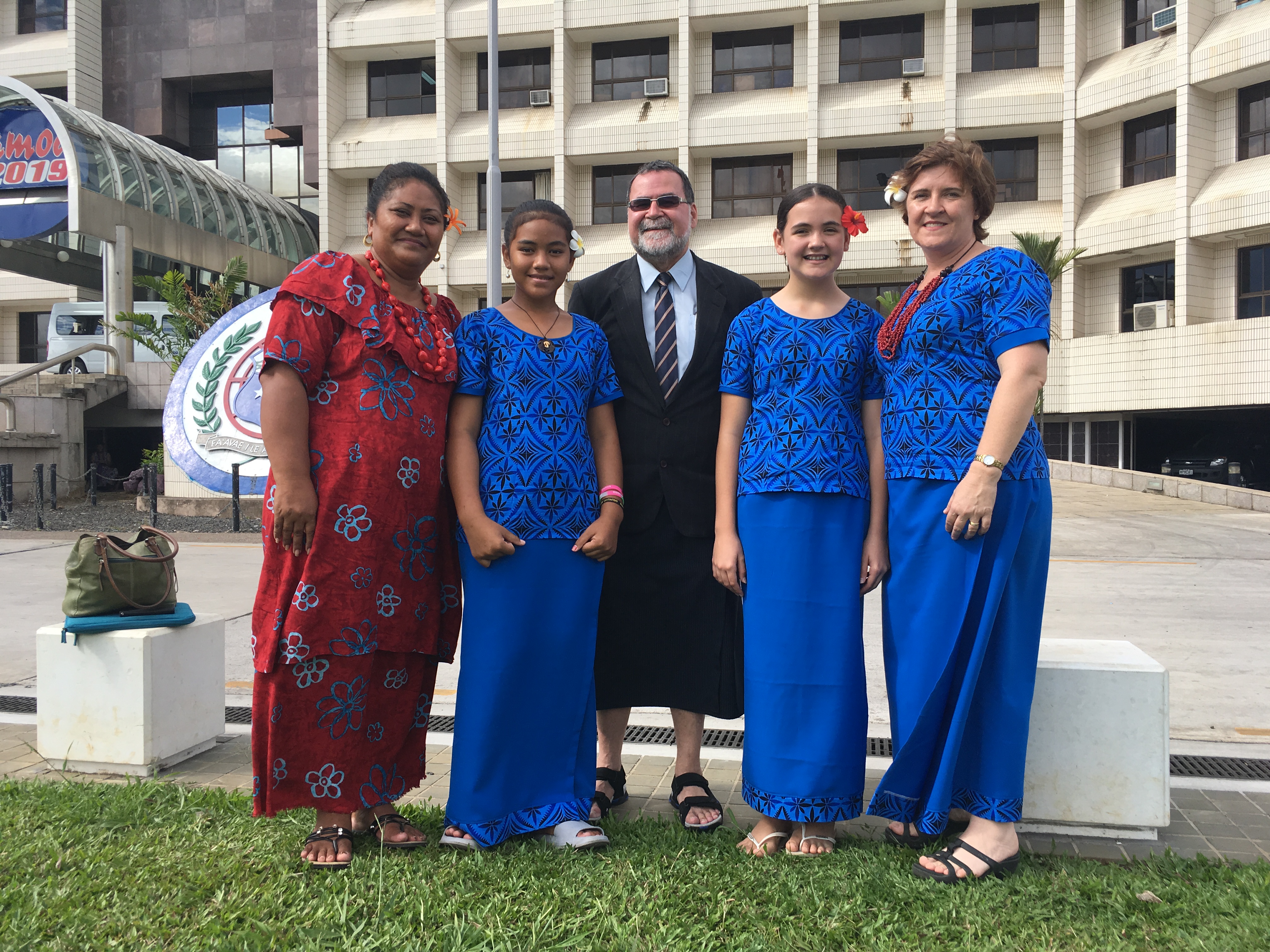