Located at Sogi, Prime Minister Tuilaepa, Cabinet Ministers, members of the diplomatic corps and invited guests were present to celebrate the latest addition to the family's growing business portfolio. 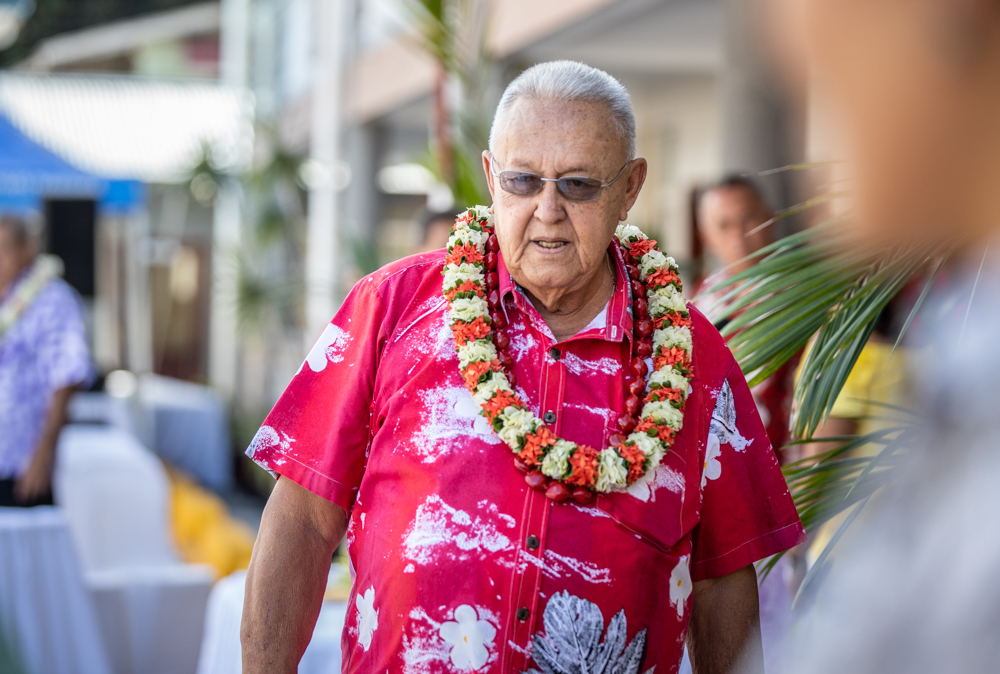 Sulamanaia Montini Ott, who spoke on behalf of the Le Sanita Hotel Board of Directors, said $2.2 million tala was loaned from the Bank South Pacific and $2.3 million tala was from Ott Construction and the family to finance the development. 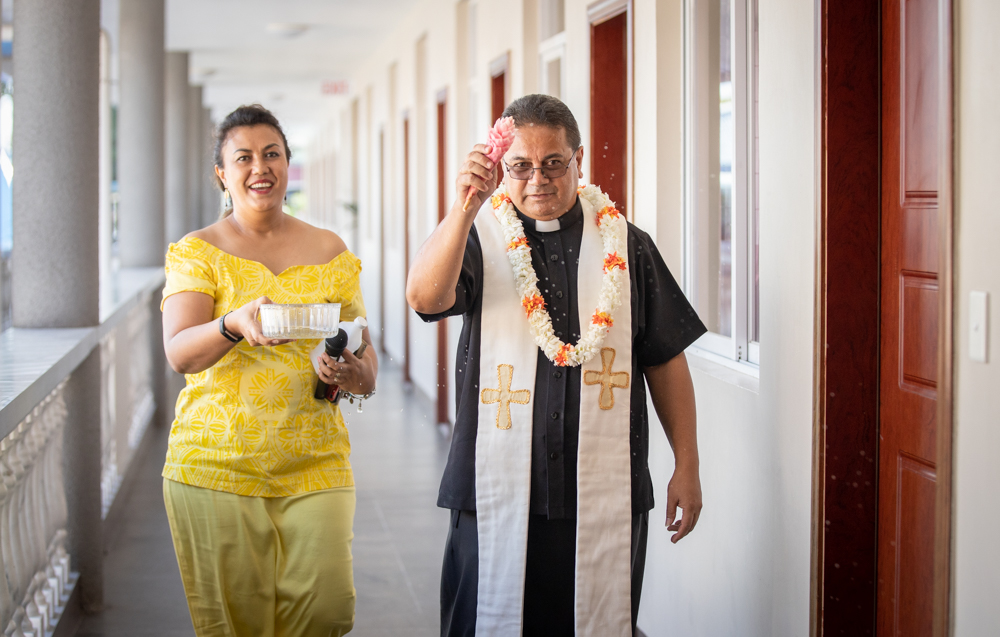 He said the plans and construction work for the hotel began three years ago.

In congratulating the Ott family, Prime Minister Tuilaepa said such investments are welcomed by the Government.

He highlighted the importance of the tourism industry to Samoa's economy, saying the establishment of the hotel will help Samoa host international events.

General Manager, Pauline Ott-Fepulea'i, said the name of the hotel is dedicated and named after the matriarch of the family, Beatrice Sanita Ott.

“The name of the hotel was chosen by my father and I am glad because it is such a befitting name," she said.

“No one really knows my mother’s name, Sanita, because everyone calls her Beatrice, so in a way this is my father trying to tell the world a little bit about my mother, who is much of a private person.” 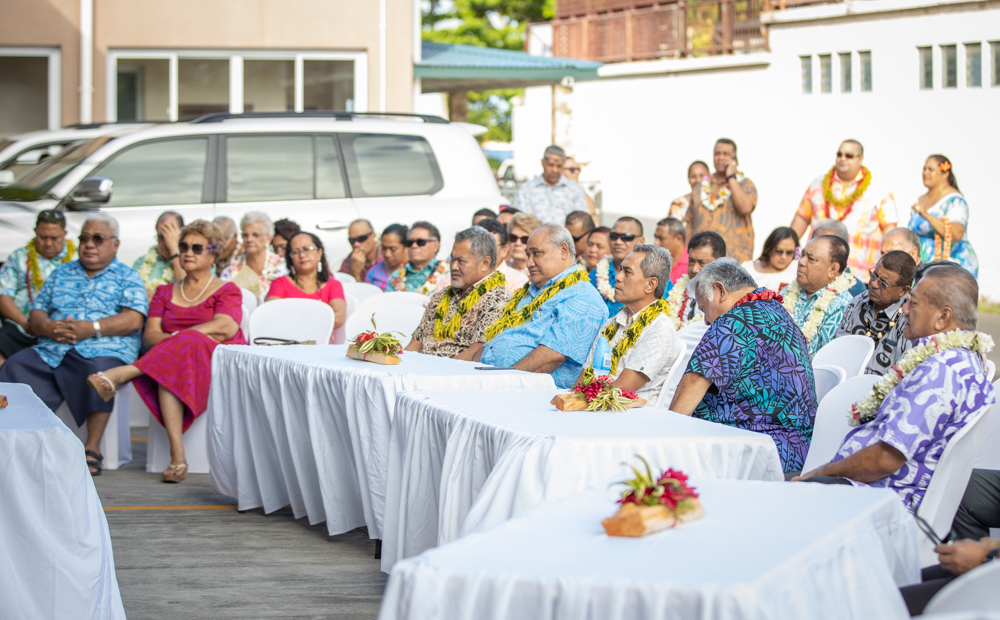 Mrs. Ott-Fepuleai said the mother is the heart of any family and their mother is no different.

“She is the root that holds the family together, the silent figure behind the scene helping the family with her dedicated service to us," she said.

"And now we want to serve the people of Samoa and visitors to the country through Le Sanita Hotel in the same way our mother served us.”

She said the hotel mainly targets corporate and business travellers coming to Samoa for conferences or to visit families.

“We are starting with bed and breakfast, free Wi-fi for the cost of your stay per day, there is also a spacious car park. [The hotel’s] central location gives visitors the advantage to move around to where they want.”

Asked about the  cost of the room, she said it has not been finalised. 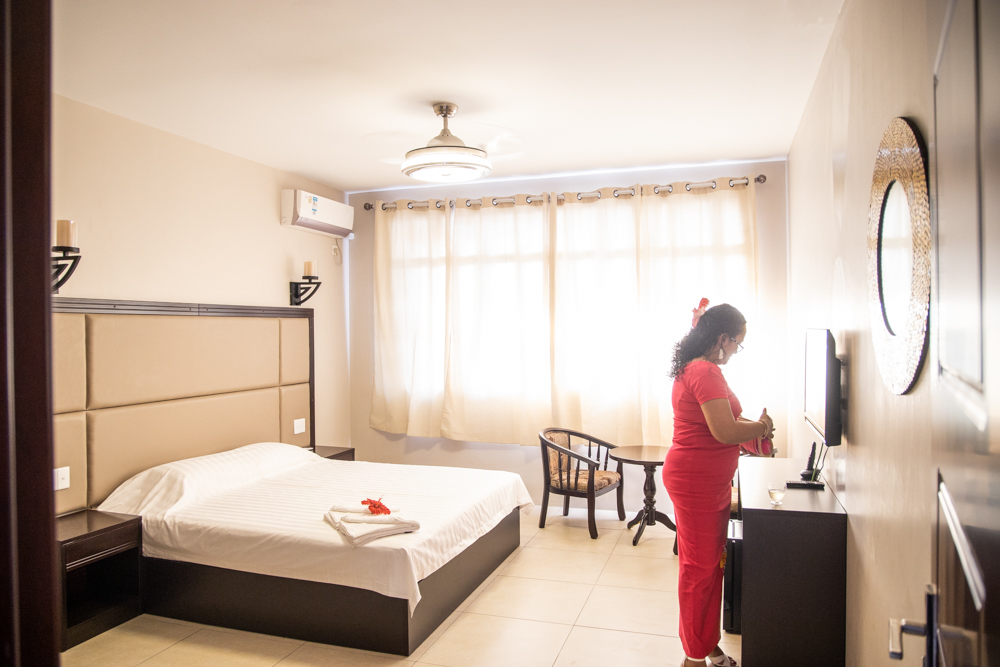 Sulamanaia said they have plans to make the hotel a three-storey building if they need more rooms in the future. 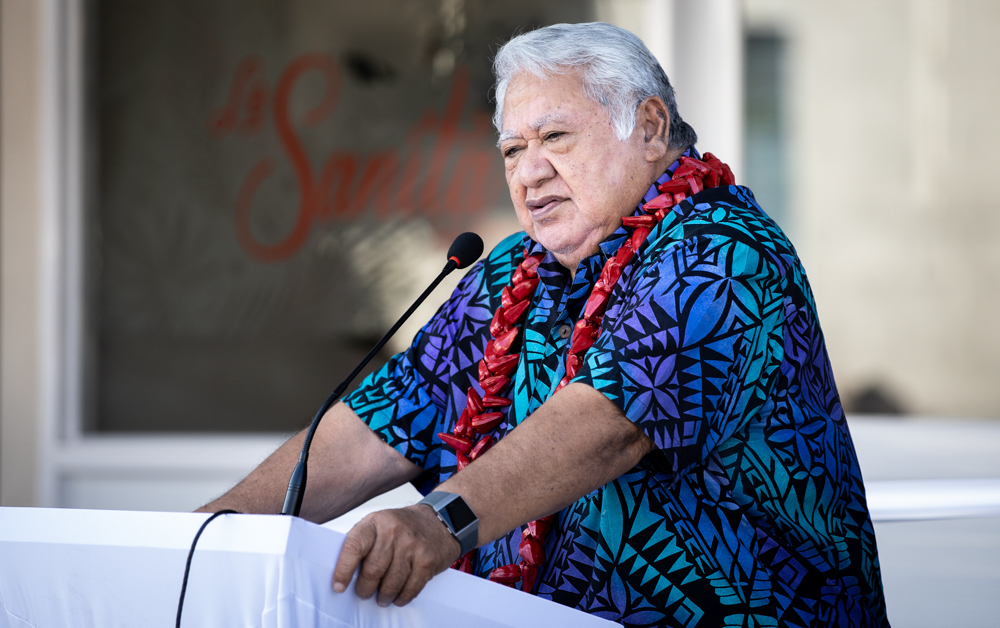 The ribbon to officially open the hotel was cut by Beatrice Sanita Ott herself.

Father Spa Silva blessed the opening ceremony and the hotel.

The opening was well attended by members of the business community. 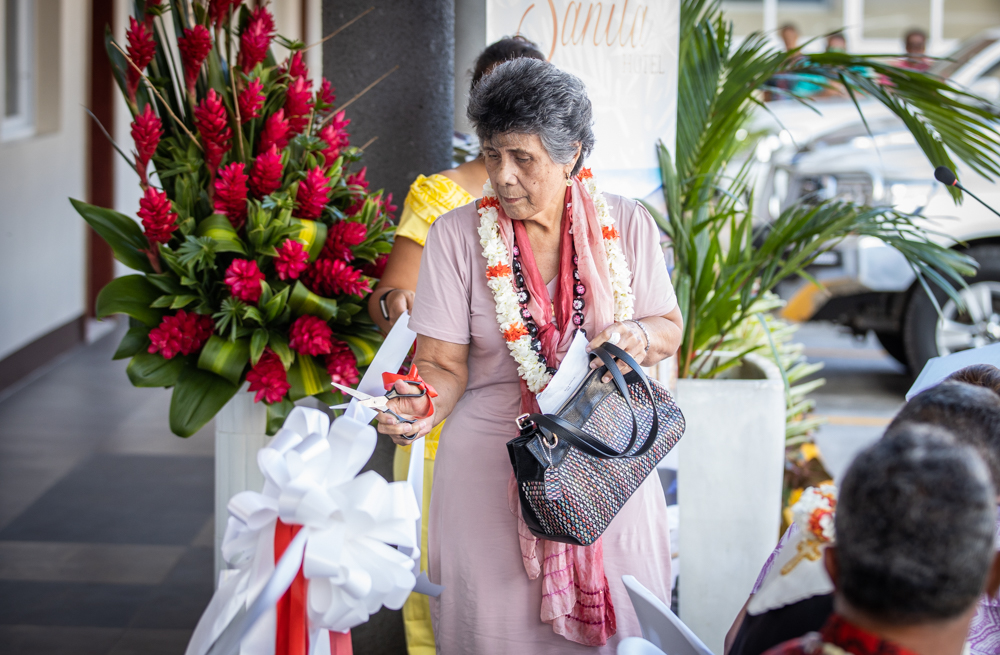