Waste oil to be shipped offshore end of 2019

For as long as there has been waste oil in Samoa, there existed a waste oil problem compounded by the lack of recycling facilities and high costs to enable users to export it.

But the Samoa Recycling Waste Management Association has found a company to take Samoa’s nearly 500,000 litres of stockpiled waste oil in Fiji, and under a regional shipping agreement can get it there for free.

Nissan Samoa Director, Joshua Newton, who has been driving the project with the Association, said he has been stockpiling oil since 2003 and has amassed at least 60,000 litres.

The Electric Power Corporation, Samoa Shipping Company and other transport or automotive companies have even more. 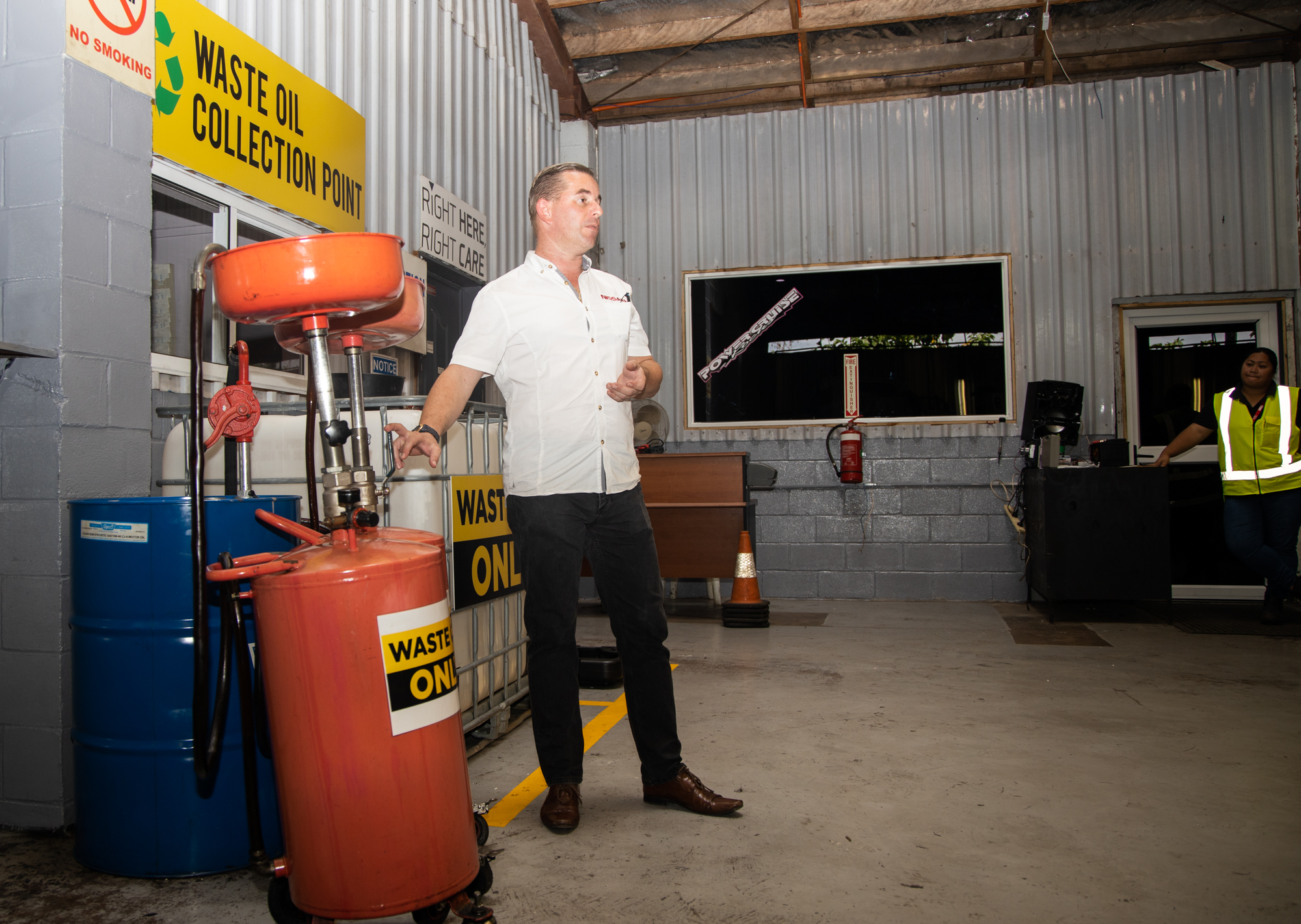 “We turned a blind eye because there hasn’t been a solution,” Mr. Newton said, and now there will be no excuse.

Containers of oil will start leaving Samoa by the end of the year, and it will take some years before the existing stockpile is removed and newer oil is exported.

Removing the stock is becoming urgent, Mr. Newton said. The massive quantities of oil drums and containers are potentially fire hazards, and could cause major environmental damage if they leak or deteriorate.

The oil will be shipped for free under the Moana Taka Agreement between the Secretariat of the Regional Environment Program (S.P.R.E.P.) and SWIRE Shipping, who will transfer low value waste like oil to a collector on their trade route.

And the buyer is Blue Scope in Fiji, who will use the oil as furnace fuel to produce steel.

“And you may be thinking they are burning the waste oil so how is that helping the environment,” Mr. Newton acknowledged.

“They are using it as a furnace fuel but they have got the proper carbon filters on their stacks so that they are in alignment with a lot of initiatives on ozone depleting gases. 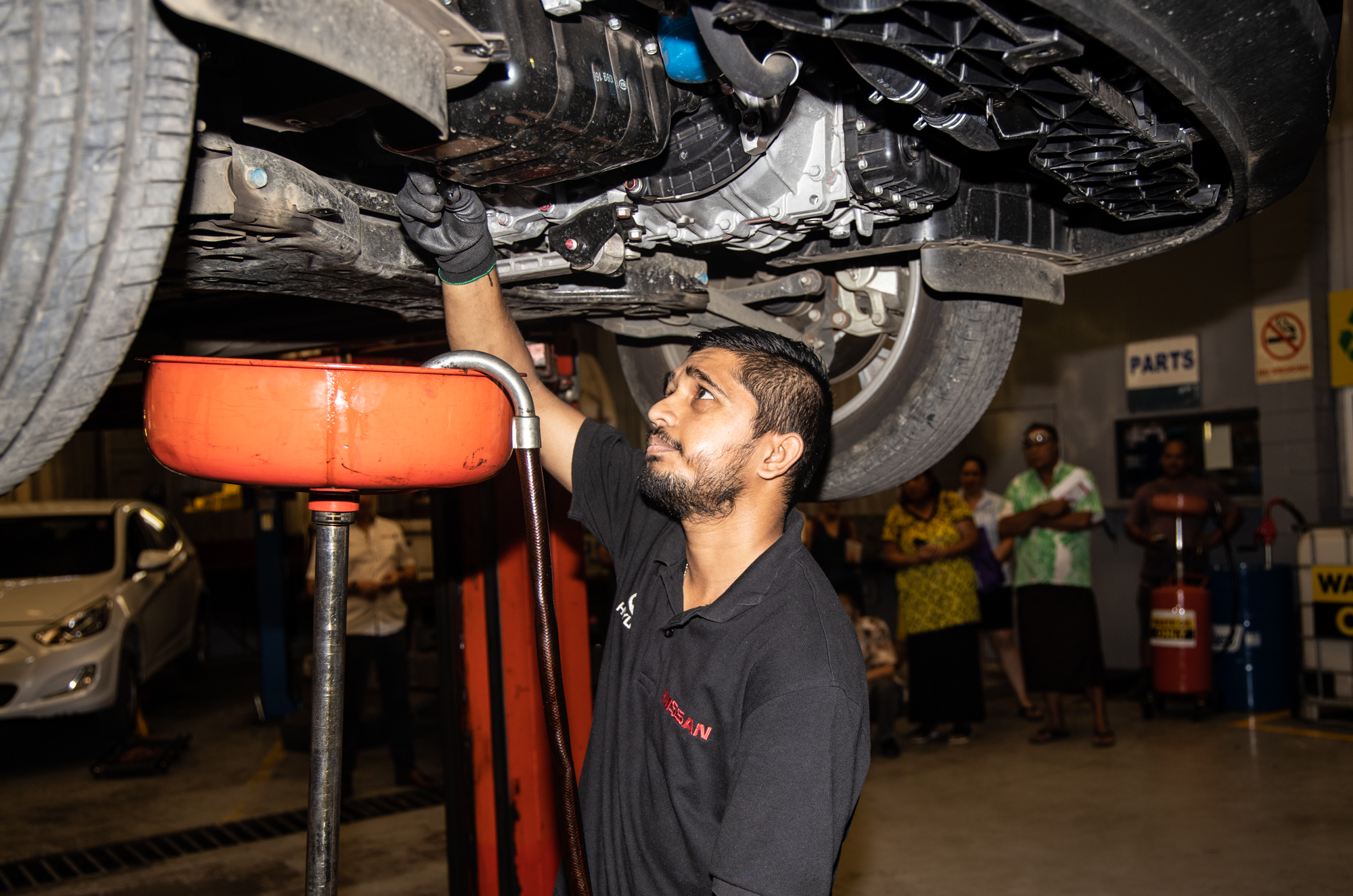 And even though it is a waste product, Blue Scope has a quality standard to adhere to. Mr. Newton and the S.W.R.M.A team began training oil producers this week to ensure all waste oil is treated properly, and can be exported without a hitch.

It needs to be siphoned from cars or machinery carefully to avoid contamination or drips.

“I cannot wait for this important project as my mechanical workshop at Vaitele has a stockpile of waste oil that urgently need to be removed,” Mr. Newton said.

To help, S.W.R.M.A is distributing 100 intermediate bulk containers (I.B.C’s) and several 200 litre drums donated by United Nations Environment Program and S.P.R.E.P to oil producing businesses to collect their oil in, instead of it being stored in potentially rusting barrels or open buckets which might get contaminated or collect rainwater.

Eventually, the project hopes to acquire a 10,000 litre tank which can empty filled up I.B.C’s and store the oil before shipment. But until then, producers will deliver their stock to a storage site in Tafaigata Landfill, or have it collected for a fee.

To finance the project, the association is taking a .20 sene fee per litre, just 20 per cent of the average fee for waste oil collection abroad, Mr. Newton said.

The project is getting technical assistance from Japan’s Promotion of Regional Initiative Solid Waste Management under the Japan International Cooperation Agency.

And the Ministry of Natural Resources and Environment will work with the association to ensure the shipments can move freely under the Basel Convention and its regional counterpart the Waigani Convention which dictate conditions on the movement and disposal of hazardous waste around the world.

Principal Chemical and Hazardous Waste Officer Fiasosoitamalii Siaosi said she is happy to see the waste oil will finally leave Samoan shores, and that the work will make Samoa cleaner and greener.

Producers and suppliers of waste need to take responsibility for its disposal, and this initiative ticks that box, she said.

“We all know waste oil is a problem,” she said.

“We have very few human resources and human capacity but we are thankful for the association and its partners who have stood up and taken responsibility with this initiative.” 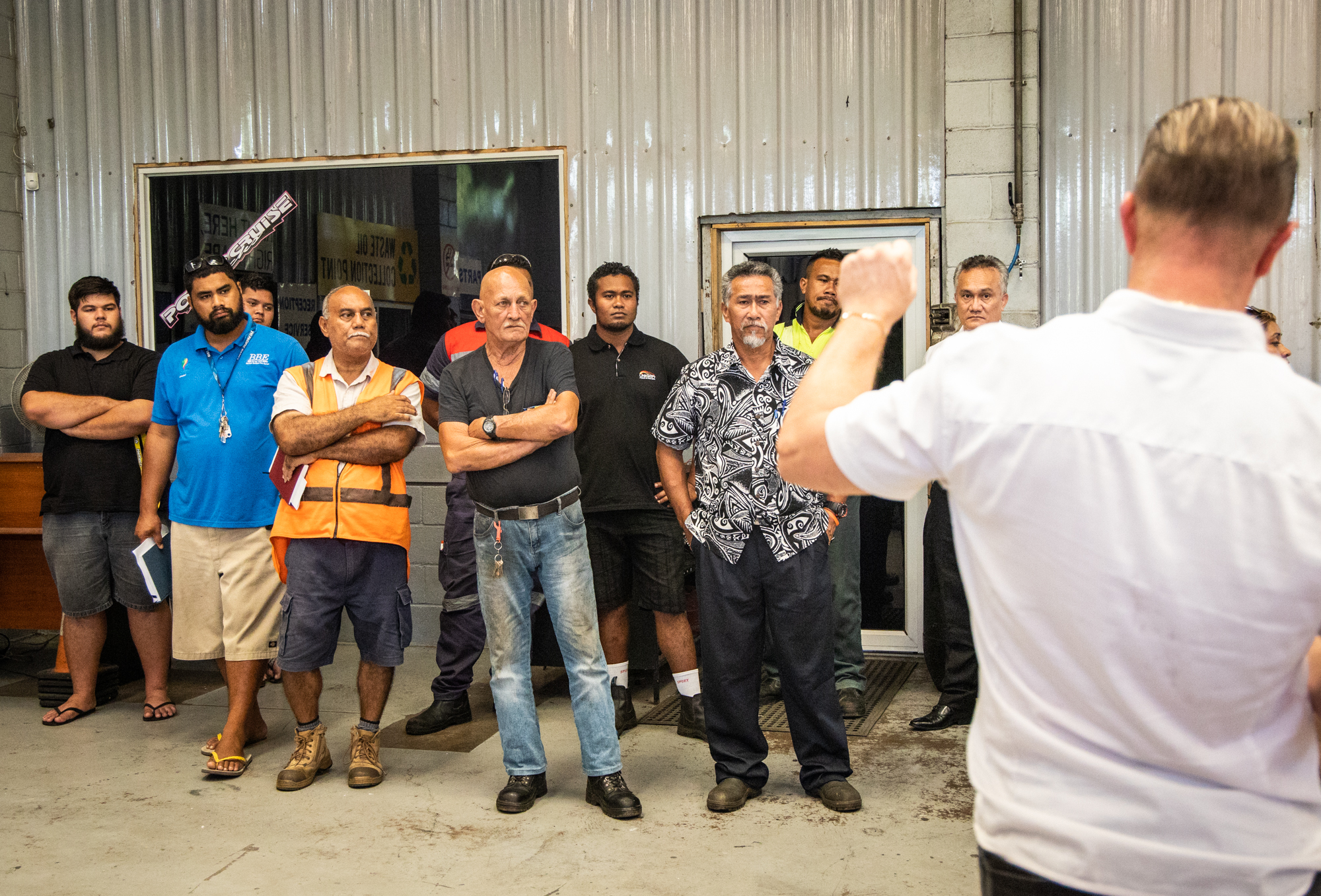 The project, officially called the Samoa Waste Oil Management Programme (S.W.O.M.P), should be able to start shipping the oil to Fiji as soon as the green light is given under the Waigani and Basel Conventions, which is why producers will begin organising their stockpiles now to be ready in time.

Mr. Newton is also preparing for if Moana Taka expires, and shipping oil is no longer free, and therefore viable.

He wants to eventually by an oil processing plant for Samoa, which will convert waste oil into a diesel for older, low performing RPM engines, and avoid the stockpile building up all over again.