A man armed with a machete, who walked around screaming, terrified stall owners at the Fugalei market on Tuesday afternoon.

The man left before the Police arrived. The incident took place at about 1pm.

An eye witness, a woman who identified herself as, Malae Alalatoa, said the man is known to many vendors at the market and described him as someone who is “not all there”.

“He didn’t harm anyone,” she said.

“But he was making a scene walking around with the machete scaring our customers away," she said.

“He is a regular at the market and he can get out of hand if something gets to him.”

Ms. Alalatoa pointed out that while the man did not injure anyone, people were frightened and he could have seriously injured an innocent member of the public.

She urged Police, who are just five minutes' from the market,  to respond with greater urgency.

“He didn’t hurt anyone today but that is not the point he could have hurt someone,” she said.

The incident occurred at around 1 p.m. but the woman said the Police arrived at around 3p.m. 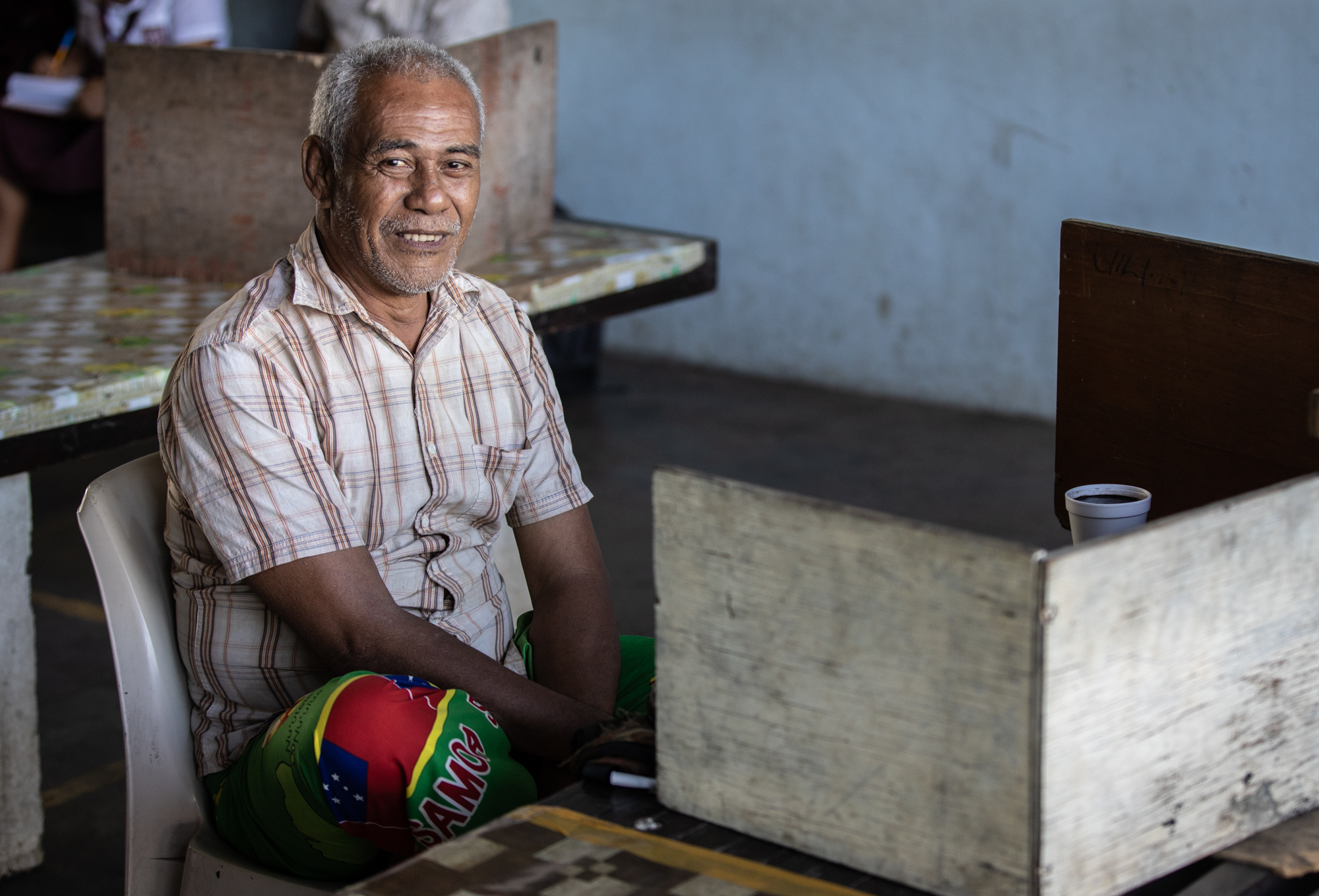 “I’m just saying that had the man gone mad he could have hurt anyone and especially the elderly people here selling their produce and we also have children around.

“So maybe the market should have had some security in place and for Police to respond urgently because this is a public place where we have tourists, children, women and elderly people come to shop.”

“There were more than six police officers that came in bikes and a vehicle but it was too late,” said Mr. Mika.

“The man had already left and was probably already sleeping at home. But that is a concern with our market. They are not as responsive as you would expect them.”

The man from Saleaumua and Vaitele spoke about an earlier incident with the armed man.

He said the man is known as Moemoe and is often intoxicated at the market.

“He must’ve been upset with someone for him to act that way today,” he said.

“I had only heard him making loud noise on the other corner of the market but he didn’t come this side.”

Mr. Mika agreed that there should be security at the market and at least one Police officer stationed around the area.

It was not possible to get a comment from the Samoa Land Corporation, which is responsible for the Fugalei market.

Attempts to get a comment from the Police Commissioner, Fuiavailiili Egon Keil, were unsuccessful.