Yesterday she was a street vendor; today, a beauty queen.

The 2019 Miss Samoa Fa'afafine Contestant number one, Miss Roger's Malingling Bonovisda, Queen of the Amazon shared her struggles growing up as a fa'afafine street vendor during Monday's Speech Forum.

As the only fa'afafine in a family of 12 children, the 25-year-old 'Barry Tima' from Nu'u Fou, is a literal example of working one's way up from the bottom.

"I experienced violence in my family; we were poor," she said.

"At 11 years old, as known by my fellow contestants, or maybe you have seen me around town walking around to sell goods, any type of good."

But despite earning a good living from her enterprise, Malingling was unable to finish school. She stopped in Year 8 at Malie Primary School.

"I tried to the best of my abilities but my father never liked me because I am a fa’afafine. But I believed in my heart that I could do and accept what my father had said to me," she said.

"As time goes by, every morning I would go out into the streets and sell these goods, including earbuds, steelo and matchboxes.

"I won’t hide what I say from everyone who is listening, the money I earn daily is $500. $30 tala is the starting delivery money that I start with but the profit that I am able to get from it is $500.

"I go into the Chinese stores to see which has the cheapest and then try my best to mark up the price so I am able to get good profit for my family."

She tearfully continued to say that she was only as good as the profit she brings back home after a long day of street vending. She also reminisced about the late Roger Stanley,  the Founder and President of the Samoa Fa’afafine Association and her days as a street vendor. 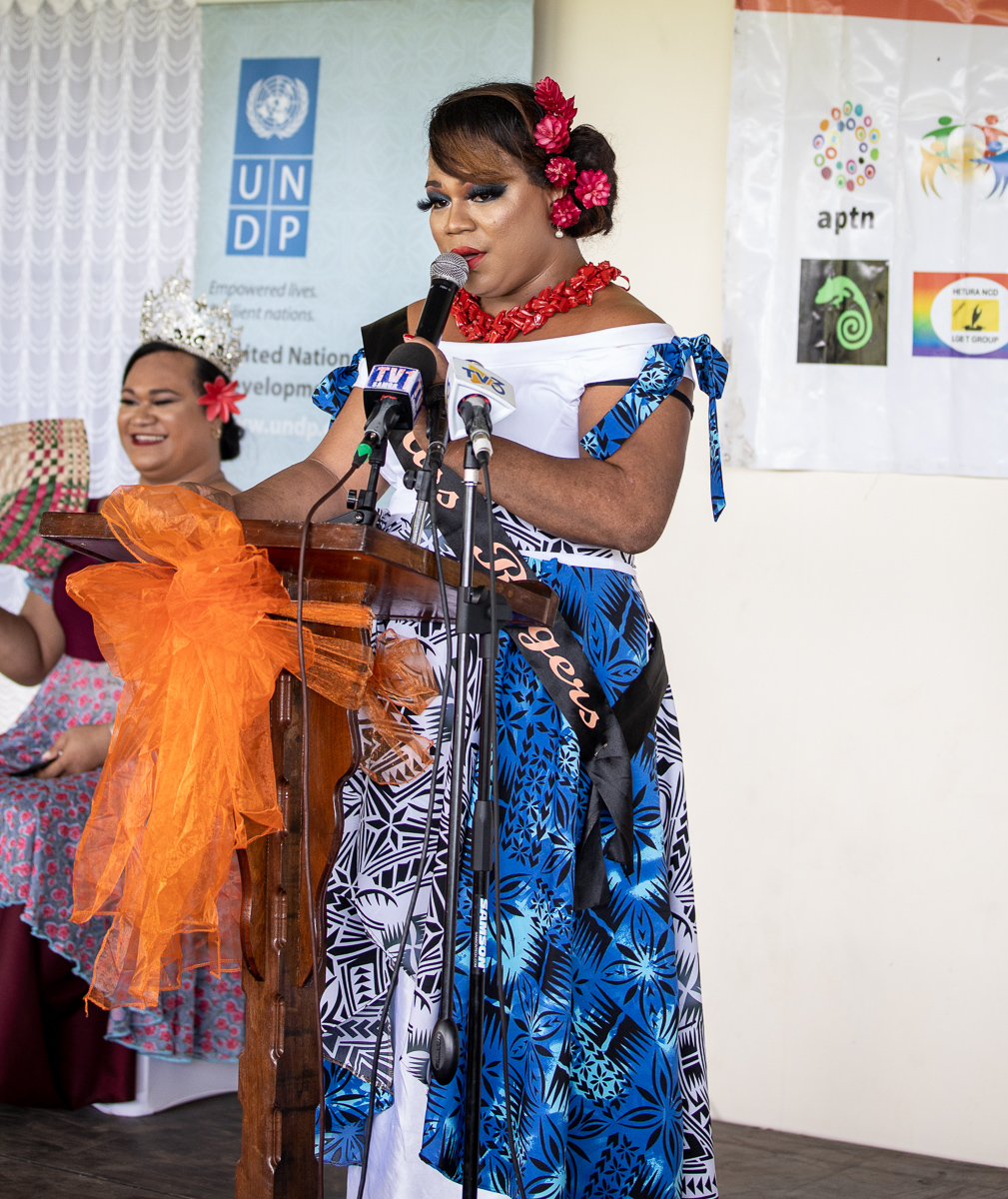 "When I get home and my family counts the money I return with, that is the only time my family likes me, after that, they start saying mean things again [such as]: ‘If I had known you were going to turn out like this, we would not have cared for you, or even let you live’ they would say," said Malingling.

"I prayed to the Lord, as I am also a strong Christian of the E.F.K.S. faith. And going around town, I would go into the Ministry of Women’s office.

"I still remember Rogers when he was still alive, and the C.E.O., Kuiniselani, for their advice and caring words, they would say Malingling, go and do what your parents are telling you to do, because you never know when blessings will come into your life'."

Although it wasn't long until her parents siblings all moved to American Samoa, leaving her behind to care for her grandparents.

"Twelve children but they left only me to care for our grandparents," she said.

" In American Samoa, everything [...is] all stable, but when I came to my mother’s parents, it was such a small shelter they lived in, and they put me there with them, maybe this is why I became a fa’afafine."

And in line with the theme of the speech competition, 'End Violence, Stigma and Discrimination', Malingling also shared her most unpleasant memory of what people did to her, because she was a fa'afafine, 10 Christmases ago.

"And into my youth years, I came to Vaiusu for a Christmas concert in 2009, I went with another guy. We talked in the committee house on the water at Vailoa and proceeded to do something that was not great, without knowing that there were other four boys hiding close by," she said.

"They beat me and told me to perform the Manu Samoa haka, take off my shirt and use your bass voice, ‘you are a boy’. I ran away naked and found refuge at the gas station in Vailoa which they cared for me and returned me to my family."

Malingling told of the day she met her current employer, who is also a previous Miss Fa'afafine, who owns Riematts Fashion where she is now a Fashionista.

"This is where I realized the Lords blessings in my life, and that he never left. I have a good job, and automatically the Lord brings a lot more into my life through caring for my grandparents dearly and honestly."

She also got into the micro-financing scheme with the South Pacific Business Development and continued to develop herself and family.

"I thank that I had self control, to which I thank those who gave me advice and were kind to me during my struggles," she said.

"This is how I know, that if you are struggling and having a hard time, you can always share to your sister, if you have a problem, don't be scared.

"This is how you fall into a trap and in the pit of sadness and may lead to death, thinking you have no purpose.

"Though all of that, I always dreamt of being a Miss Samoa Fa'afafine, and here I am today."