The founder of Heems Gymnasium, Toleafoa Heems is waiting for Seiuli's return to Samoa as he promised 15 years ago. (Photo: Misiona Simo)

In 2004, Seiuli Dwayne 'The Rock' Johnson visited the Heems Gymnasium at Vaivase Tai when the Hollywood megastar casually mentioned a promise: that he would one day return to Samoa to build a house for his grandmother.

The 77-year-old owner of the gym, Toleafoa Heems, has never forgotten that visit, or that promise and says he is still waiting for another visit.

Holding pride of place in the gym is a towel that was signed by Seiuli 15 years ago. 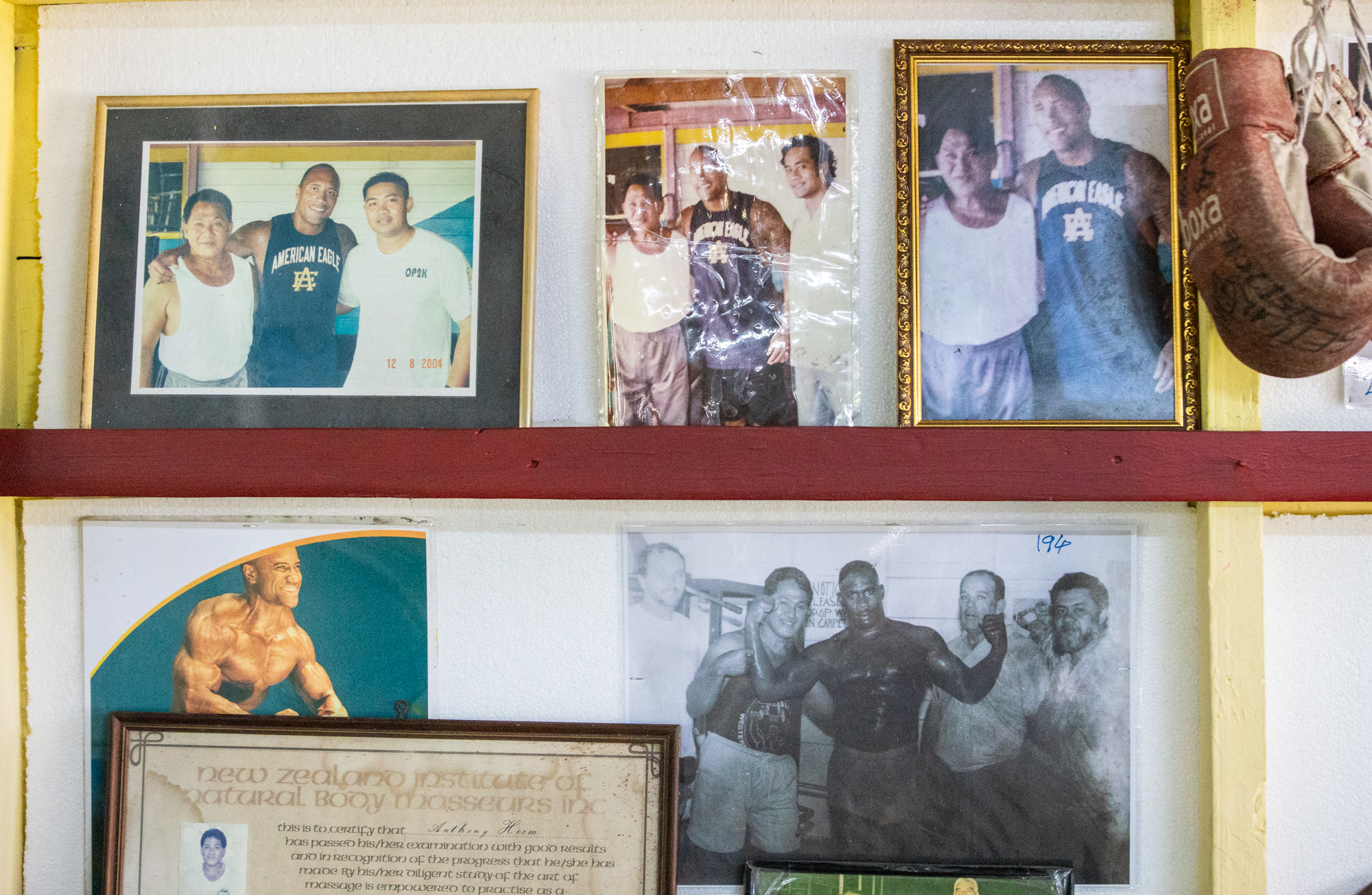 Speaking to the Samoa Observer, Toleafoa said he will be forever inspired and grateful for those two hours Seiuli spent training at his gym.

“That was when he was training for the blockbuster film called 'The Scorpion King' and after training in my gym for only two hours, my gym has gone [so] popular,” he said.

“Until now people come in and take photos of the towel and photographs of Seiuli hanging in my gym which is very encouraging to see.”

Toleafoa also extended congratulations on behalf of his family and gym members to Seiuli for his recent wedding day. (Seiuli and his wife were married in Hawaii on August 18).

“All I want to say on behalf of the Heems Family and its members is we would like to congratulate him [on] his wedding, I am always following up on the news with what’s happening to our flag bearer so good one, mate,” he said.

He also congratulated Seiuli’s mother, Ata, for always encouraging her Samoan cultural roots and raising a son who has taken them to a higher international plane.

“The Rock was a [blessed] man as his mother was a Samoan and he’s always talking about his culture and promoting his Samoan culture on the big stage," he said.

“And also his mother is always present everywhere he goes, so well done to his mother for having that Samoan side of her of never abandoning her child.

"The Rock, he is always one of those stars that have put Samoa on the highest chair.”