Women most affected by climate change and must lead the response

Women are already bearing the full brunt of climate change and so must lead the solutions to combat it, according to Massey University senior lecturer Dr. Anna Powles.

Dr. Powles said before the climate crisis worsens difficult conversations on its security implications and effects on women must take place.

“We know this from various different disasters over the past couple of decades: climate events are either increasing in frequency or intensity and that increasingly that leads to greater resource competition and that will increase the impact on women, Dr. Powles said.

Dr. Powles teaches security studies with a focus on the Pacific. Her passion for the region is a family affair: her grandfather was Sir Guy Powles, the last Governor of Western Samoa before it became independent in 1962.

Speaking during the Women, Peace and Security Summit last week, she said it is “fundamental” that women are included climate change security planning.

“We know that women have a critical leadership role, both in terms of finding solutions and seeking innovative solutions to these issues particularly around food security, water security and livelihoods and so forth.

“It’s been proven time immemorial that if women are not included in these discussions and negotiations then they [the negotiations] are less likely to be effective in terms of finding sustainable solutions.”

But the topic is a sensitive one. Adding ‘security’ to climate change needs to be done carefully, Dr. Powles said.

“There are concerns that by attaching security to that term climate change you start securitising responses to it, and as you would know, there are concerns about the militarisation of policies in the Pacific.” 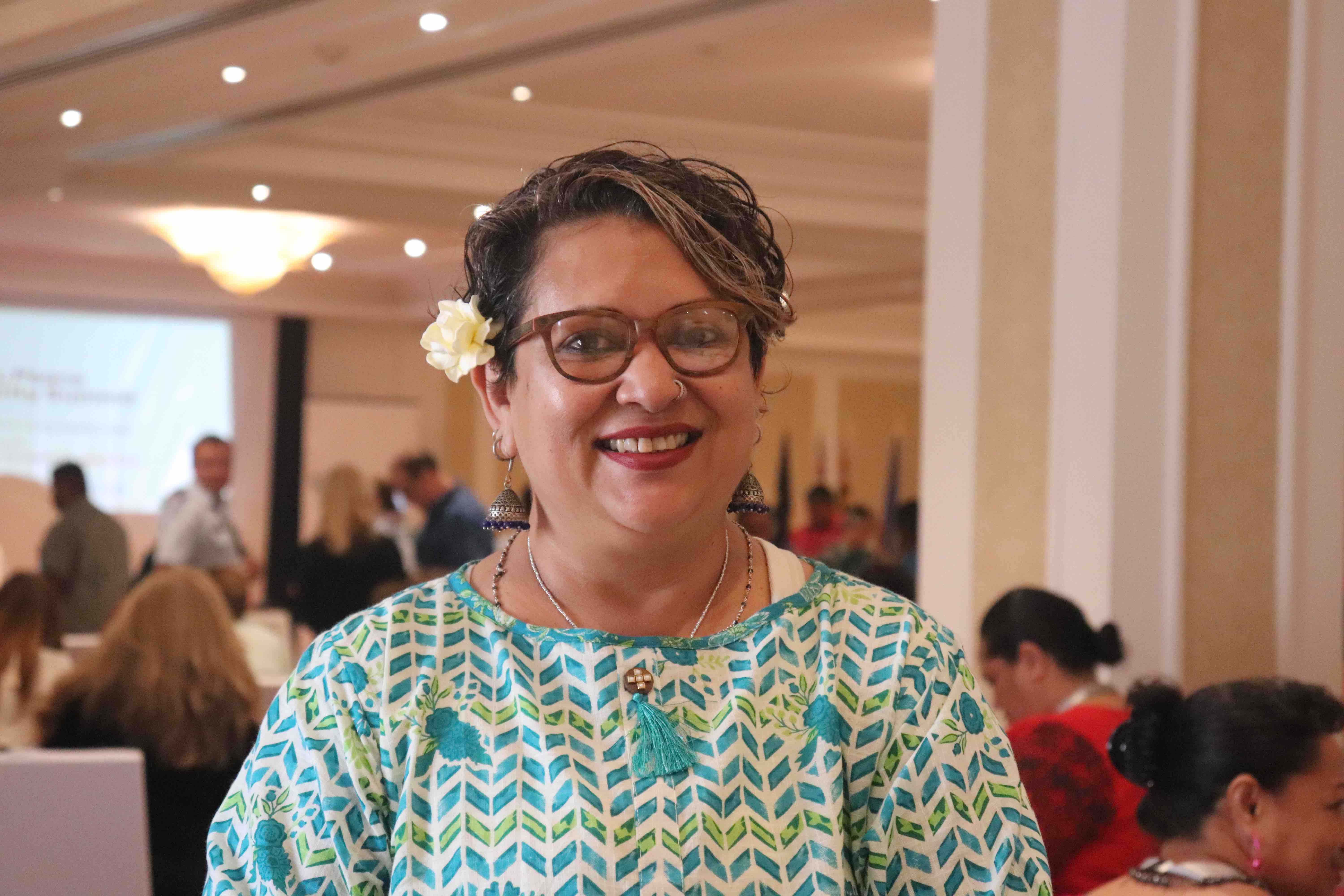 Chair of the Global Partnership for the Prevention of Armed Conflict Sharon Bhagwan-Rolls said climate security in the Pacific is not a military issue yet, and needs to focus on social security.

“When a woman in rural Fiji talks about climate security she means food security, health security, water security. She means security for her community who may need to be relocated," she said.

“We learned from early relocation strategies such as in the Carteret Islands in Bougainville how important it is to prepare communities before the move and for the receiving communities as well.”

The people of the Carteret Islands in Papua New Guinea were the first climate change refugees who were relocated to Bougainville, 80 kilometres away.

Many families still live on the atolls, but they will not be able to stay for long as rising sea levels are limiting food production.

And some who relocated to Bougainville did not find an easy new life there, and actually returned to their sinking homeland.

Ms. Bhagwan-Rolls said peace-building practices like dialogue, mediation, and studying the causes of conflict need to be fostered and developed ahead of that crisis point, to make transitions safe for everyone. 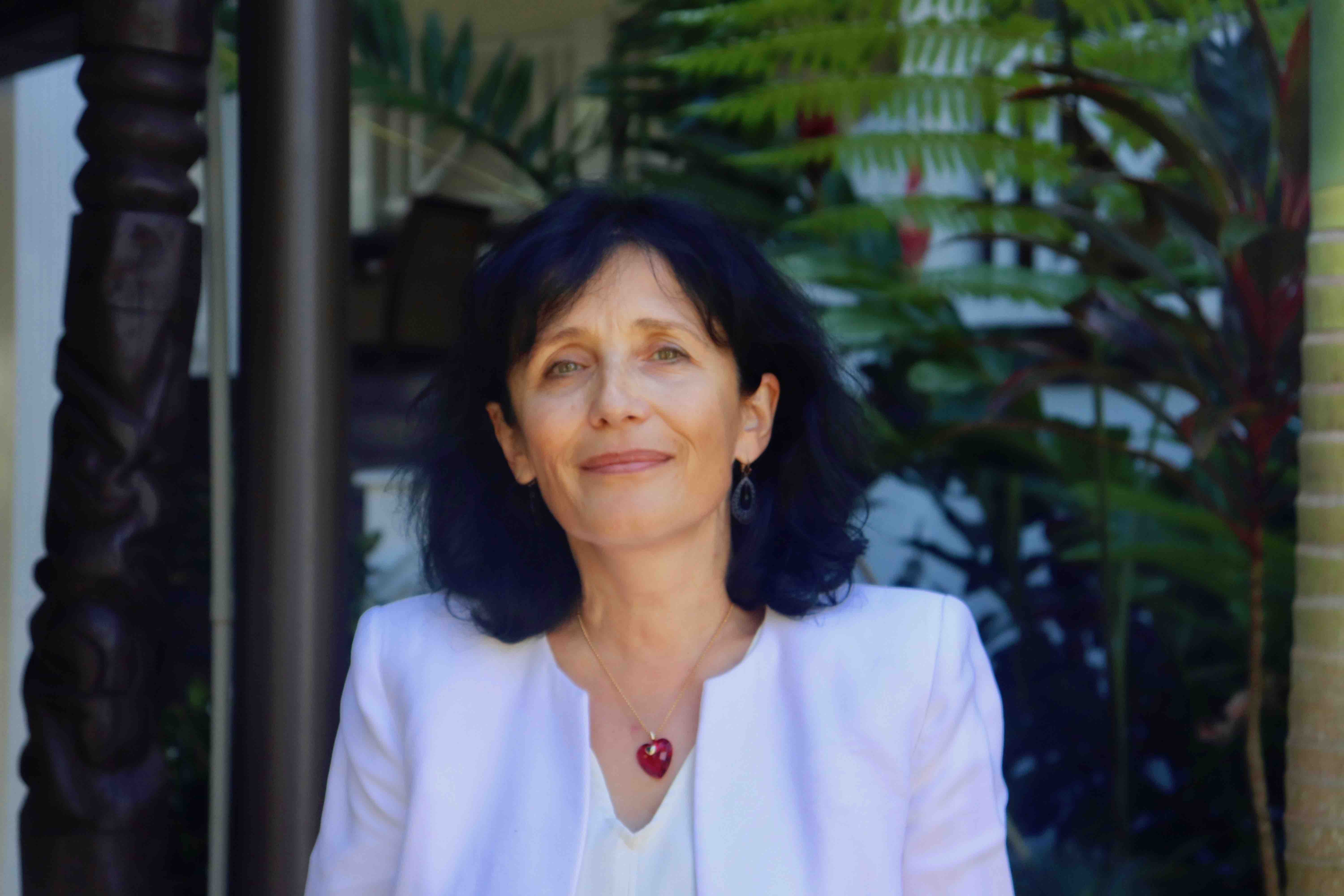 Resident Coordinator of the United Nations in Samoa, Simona Marinescu, said the climate crisis will almost certainly result in conflict.

“If land starts shrinking and property rights get affected, if people see their livelihoods completely destroyed by climate and extreme weather events they will definitely be expecting their governments to provide solutions,” she said.

“If solutions are not available you will see growing tension, we are aware of that.”

The U.N and other development agencies are trying to mobilise more money to avoid those events, and climate scientists are campaigning world leaders to get carbon emissions causing global warming down.

Communities have to include women in those projects, Ms. Marinescu said, and the U.N is being more careful about measuring results in that area, tracking results not activities.

“We have been somehow fooled by very successful activities and we thought we reached our goal but that has not been the case in many situations,” she admitted.

“We trained millions of people around the world and we still have not seen that training lead to the changes we want to see.

“We have not seen training change laws, behaviour, budget strategy, we have not. We no longer make that confusion.”

So instead of counting the women present at consultations, the U.N is trying to measure whether women are actually positively affected by, and included in projects.

Ms. Marinescu said ,without hard evidence, she cannot prove women were successfully engaged, despite reports that say they were present in a workshop, activity or consultation.

But the U.N has learned over the years that women need to take leadership roles and opportunities themselves, she said.

“Nobody is going to give anything to us, we need to prove that we should be there and be very useful to our male partners and we will get that space.