Lauano's trip to Samoa for this week's Women, Peace and Security Summit was her first professional visit to her homeland for work, something she described as an honour.

“This is the first time I have been able to come in my capacity as Assistant Commissioner to the Police but also to come home and be part of a wider network of women looking at peace and security of our Blue Pacific. It’s been lovely,” she said.

Having women working as police officers is about the force representing the community it serves, Lauano said.

“Fifty per cent of our community are women and have important messages to contribute, and the key around that is having a voice," she said.

Lauano, who is from Patamea Savai'i, is the Assistant Police Commissioner of Districts, and the only Samoan woman in the organisation’s leadership group.

She works alongside seven other Assistant Commissioners, three of whom are women.

“By being able to represent the community but also women in the organisation it means there is a greater voice with which to understand the issues that women and the community face so you get a broader perspective.”

“It’s very important to have that, otherwise you have only got that one set response to a situation and there are always multiple responses you can give," she said.

“If you don’t have that representation you are only going to get one view and one outcome.”

Lauano said an ethnically diverse police force is important too. As a Samoan, she said she is motivated by remembering the wide family she is representing and wanting to make them proud.

A recent recruitment drive has focused on increasing the gender and ethnicity diversity in the police force, as the organisation aims to add another 1800 members to its staff.

Lauano said she wants officers to be themselves on the job.

“Being Samoan or being Maori, if you can bring yourself to work that is what we want to see,” she said.

“We don’t want to turn you into a clone that is a stereotype, we actually want you to bring the skills and culture and background you bring to any situation you are dealing with in the policing environment.

“For that you actually get more respect and better outcomes, really.” 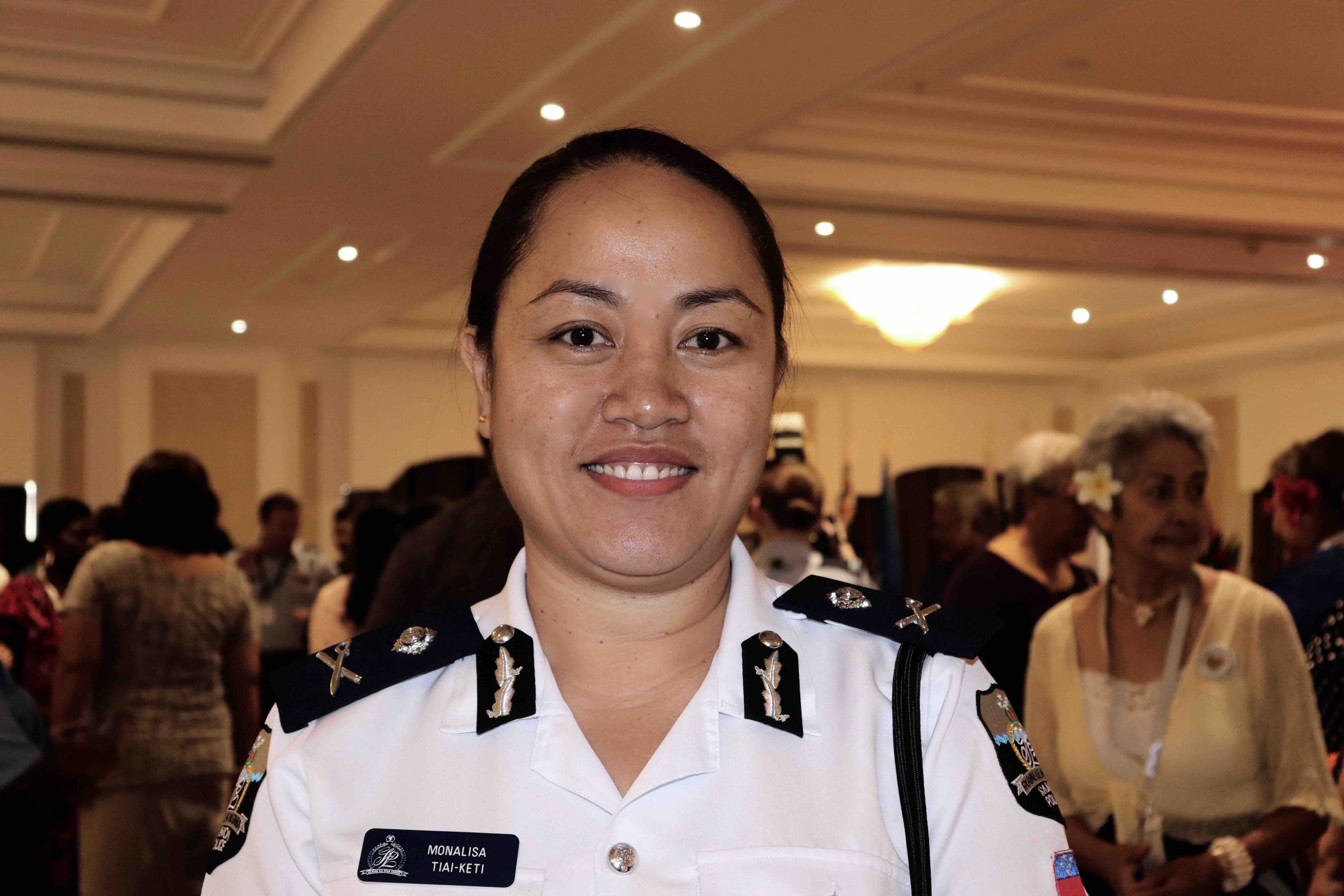 Samoa’s top female Police officer, Papali'i Monalisa Tiai-Keti, said Police work is still considered by many to be a man’s job. But that attitude is slowly changing.

“A lot has changed and that is an indication of our community moving forward and accepting the fact that women can contribute a lot also to this sort of work,” she said.

Papalii was appointed Deputy Police Commissioner in May last year, in a national first 49 years after Samoa had its first female police officer.

“As women we bring in our uniqueness in terms of our femininity,” she said, which can mean less force as a response to conflict

“Sometimes women use a better approach by coming in a calm way and utilising conversation, and that makes a difference.

“I think a lot of conflicts, when you approach it in a respectful way, often people who are very angry tend to realise that nothing good comes out of violent situations.”

Samoa's policewomen are struggling against public expectations of women and of police officers, she said.

Papalii said social media is often a source of sexist criticism, which doubtlessly affects some of her colleagues' confidence.

“Once you are in that position it creates a barrier for to you move forward and realise whatever role you hold in the community, you are making a difference," she said.

“Often we tell ourselves we are strong but there are things that happen, in families, at work, that holds us back and I think it’s just about realising not every day is a sunny day.

“When the sun don’t shine you have to be strong and be faithful that God will take you to the next day.”