The visit is for building engagement between Australia and Samoa (Photo: Misiona Simo)

Six lucky students and two teachers had the rare chance to see Samoa from the window of an Australian Defence Force helicopter on Friday.

The chopper landed on the field at Pesega College as part of a mission to deepen Australia's friendships and connections with the people of Samoa. 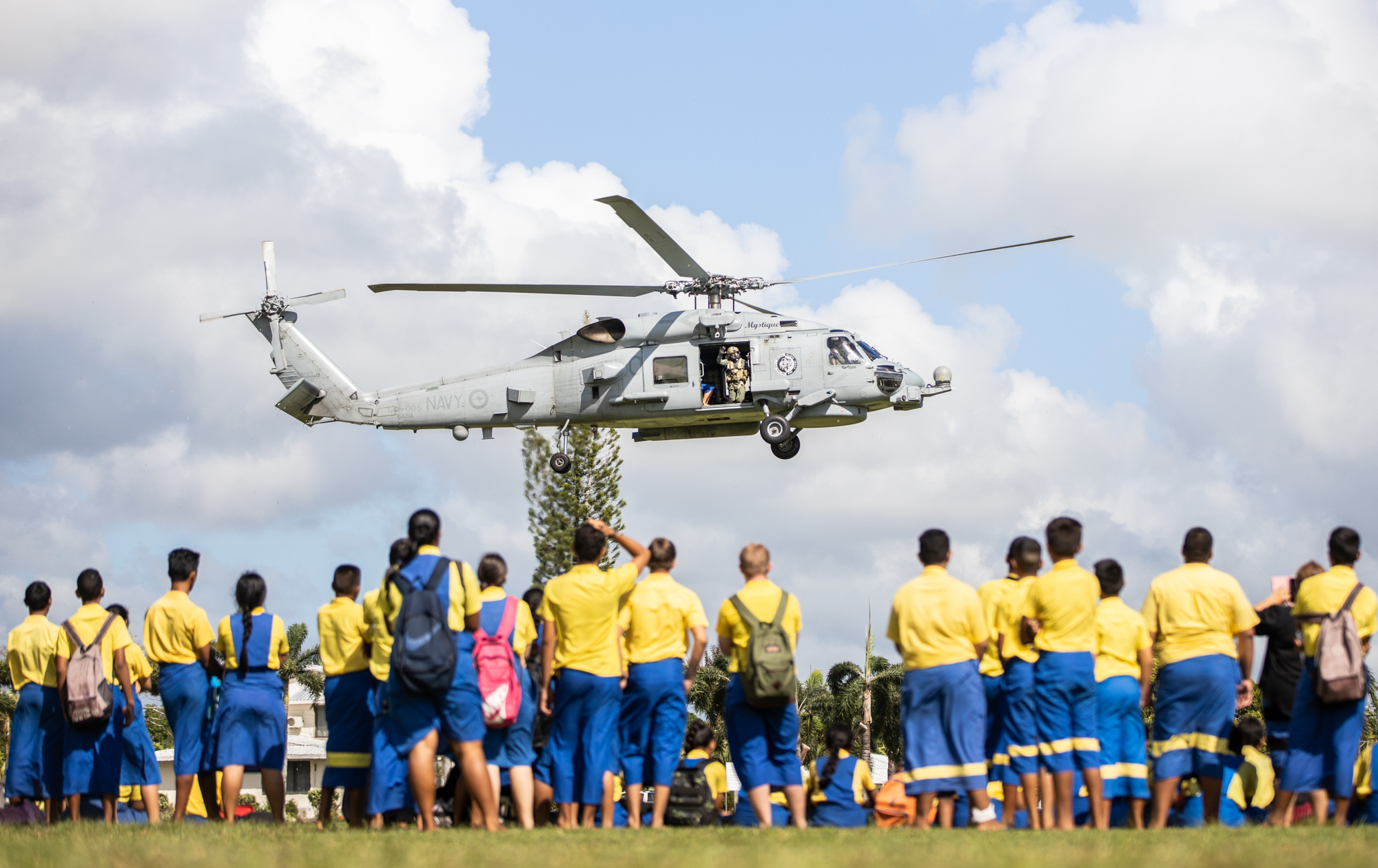 Two of the students selected for the ride, Telesia Greentree and Sauniatu Paia, said the experience was unforgettable.

“It’s different from riding an airplane," Telesia said. "You have gushing winds going to your face and you get to see more because the door is open and I got to see the whole country and it was really beautiful but I saw rubbish fires and that really got me."

Sauniatu said Friday's ride was like no other trip he'd been on before.

“If you go and rescue people in a tsunami, we use [a safety] jacket when you jump down and rescue the people and you pull something on the jacket." 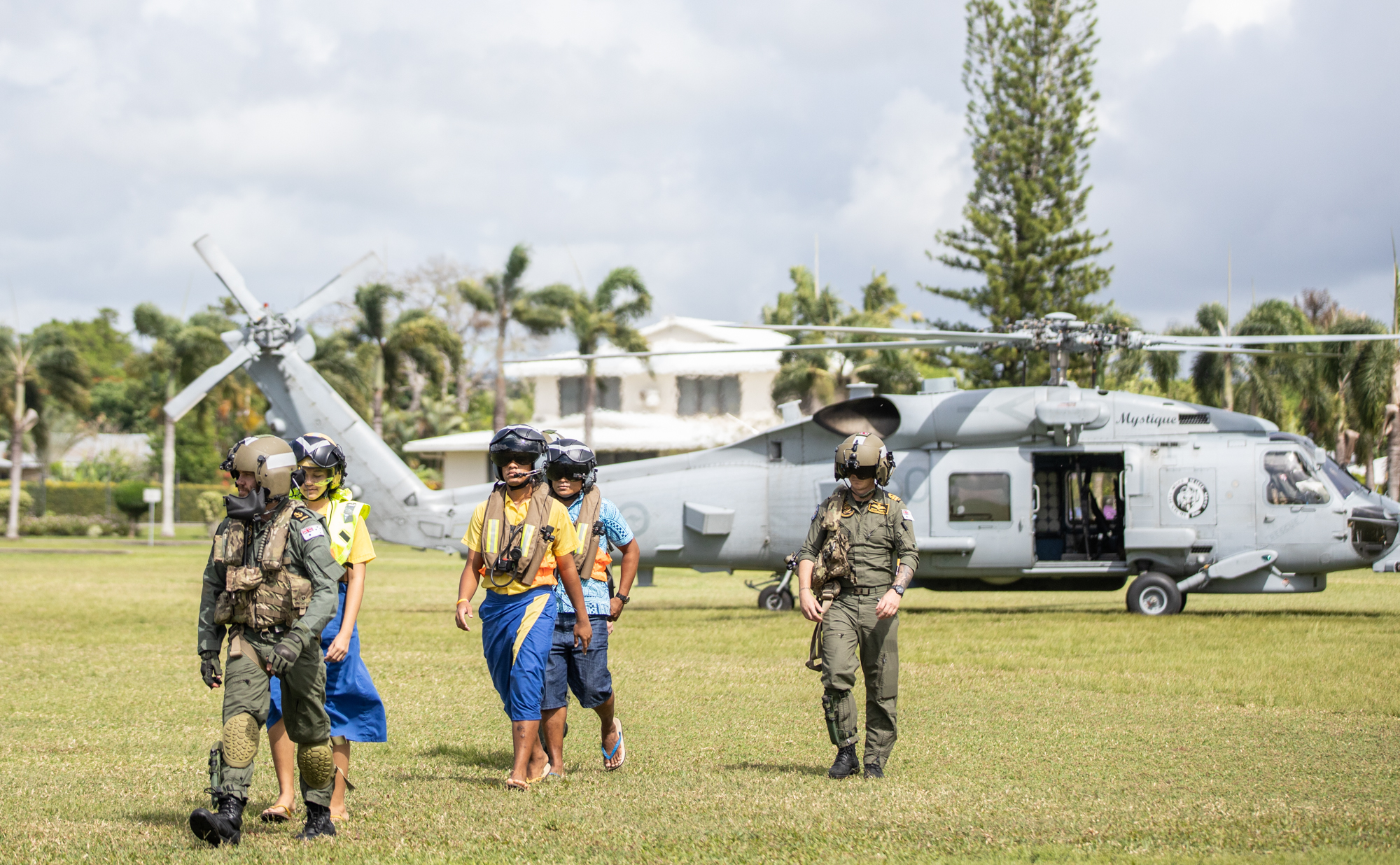 “Someday I will be in that helicopter and I will study harder and harder because I never thought I’d had the opportunity to ride a helicopter and now that I have, I am very inspired to ride again."

The two students are at the top of Pesega Level 10 and won the opportunity because of their excellent academic results.

That, they say, has inspired them both to study harder so great and unexpected opportunities like those they had on Friday could come again. 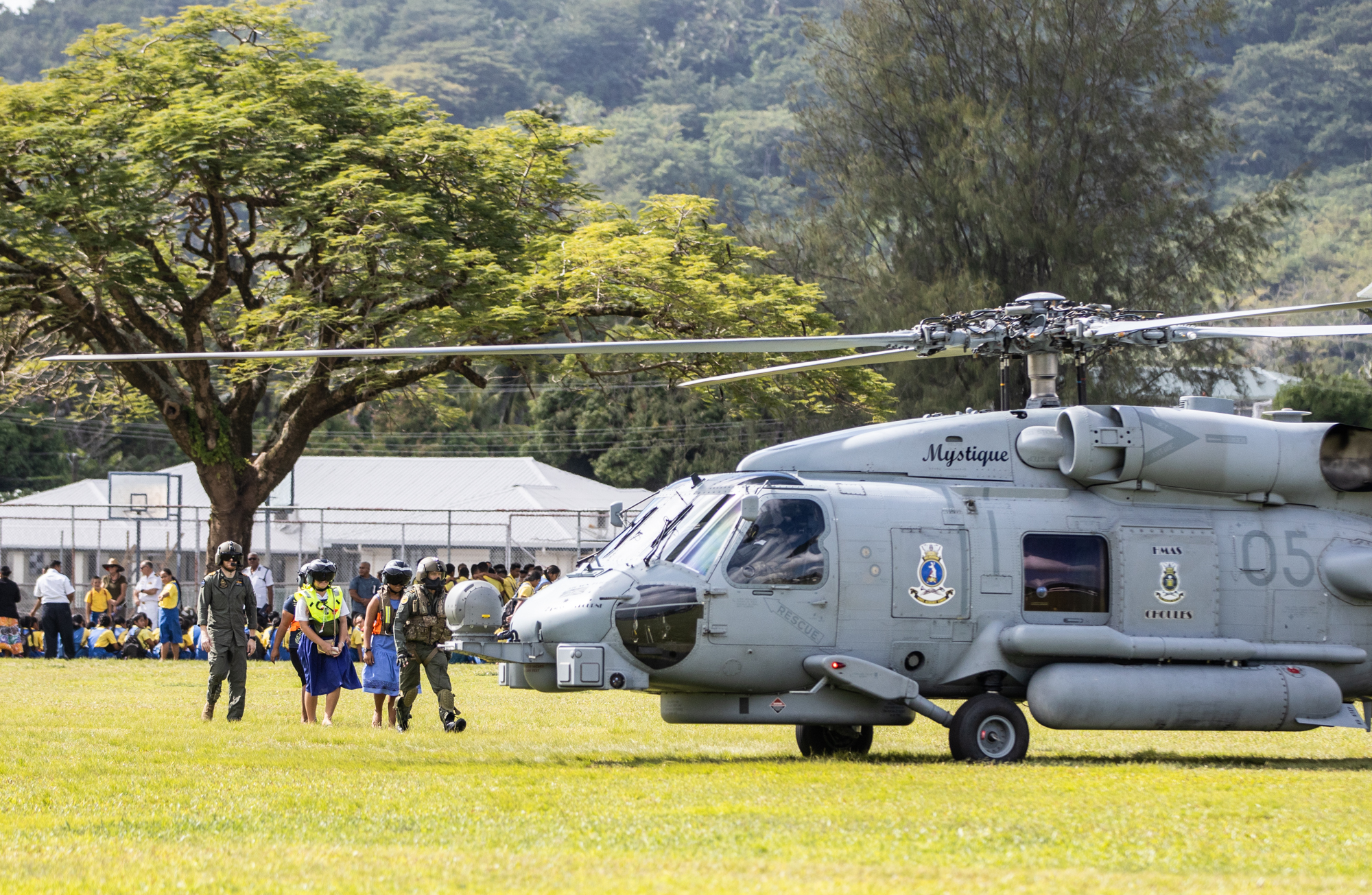 A superintendent who is riding along with the military force, Soloi Tuimaunei, said he wished Samoa would have choppers so Police Officers could extend the nature of their service to the country.

“[It's] very important for our side but [we yearn] for our country especially the Ministry of Police to have helicopters to serve our country,” he said.

The Australian Defense Force Chief Petty Officer, Darren Pretious, said this was his second time in Samoa through the helicopter; his first was during the tsunami in 2009 where he served as an emergency responder.

“It’s a very complex operation but it’s also a very fulfilling and rewarding part of our job that we get to do,” he said.

“It’s all about the significant engagement between the Australian government and the Samoan communities just to reach out and getting involved with the Pacific Nations.”

He said taking kids for a ride is always a special pleasure.

“We’ve configured this aircraft so we can carry a humanitarian assistance mission so we’ve got capacity inside the aircraft to carry up to four personnel and also [additional capacity] underneath.. 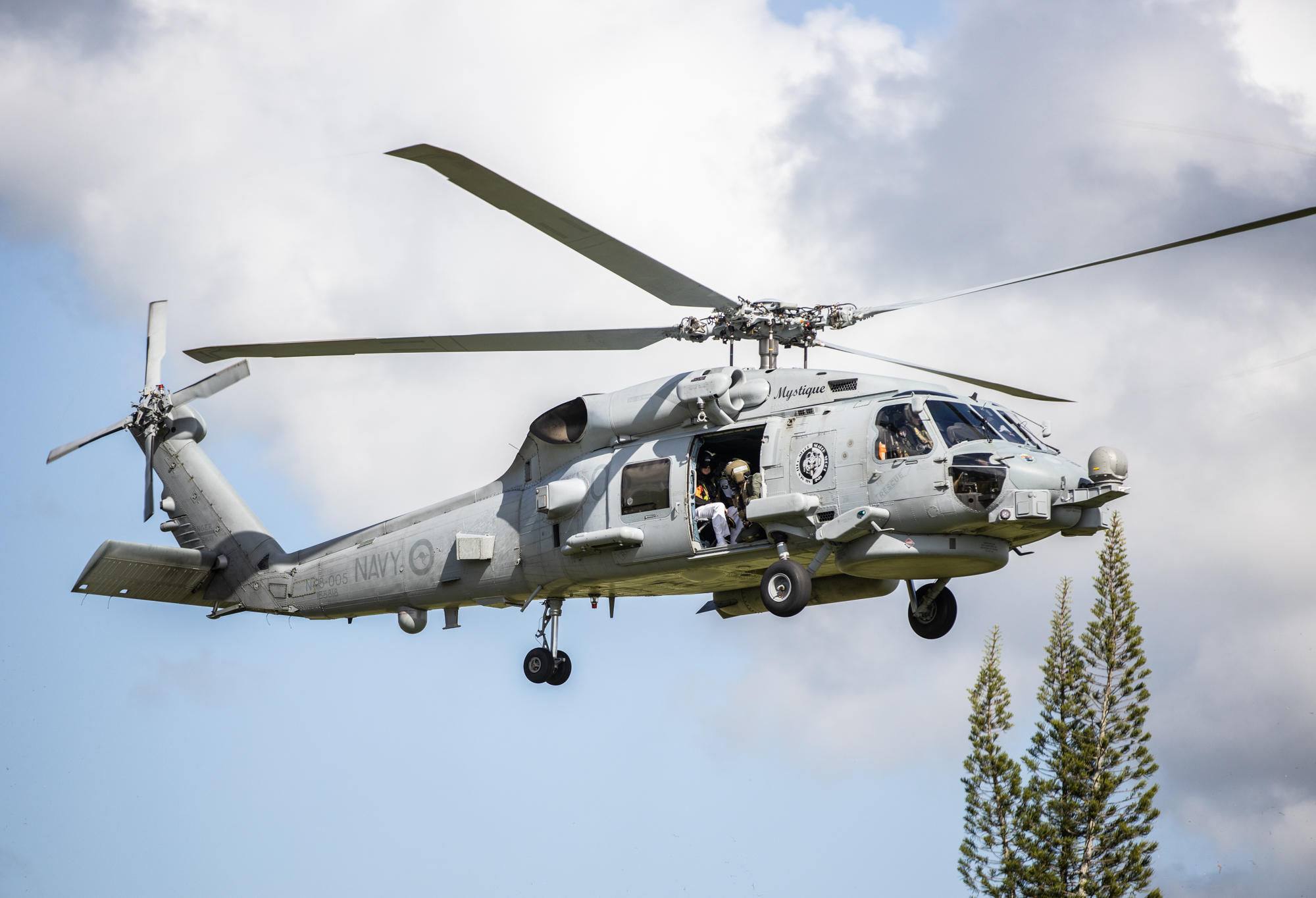 “[It's] a very useful aircraft; it can carry a whole range of missions in support of humanitarian assistance if required.”