Samoa setting the Pacific standard for women in policing

The outgoing head of the regional policing body the Women’s Advisory Network (W.A.N.) has called on other Pacific countries to follow Samoa's example when it comes to promoting gender equality in the force.

At their latest conference held in American Samoa this week the outgoing head of the W.A.N., Superintendent Papali’i Efo Moalele, said Samoa was fortunate to have a Commissioner, Fuiaviali'ili Egon Keil, who was blind to considerations of gender.

"We emphasise the importance of empowering women in a male dominant workforce like law enforcement, which, of course, is a priority of the Women’s Advisory Network," Superintendent Papali’i Efo said.

"But good examples should come from the Commander and for Samoa our Commissioner, considers merit over everything else. Fuiavaili'ili sees us as Police Officers enforcing the law, he does not distinguish based on gender".

The Women’s Advisory Network is part of the Pacific Island Chief of Police (P.I.C.P.), which held a conference in American Samoa this week.

Of the 21 Countries part of the P.I.C.P. Samoa has the highest number of female officers, Superintendent Papali’i Efo said.

“And all of that is possible through our leader, Fuiavaili’ili. Under his Command, Samoa has seen the first female Deputy Commissioner, Papali’i Monalisa Keti,” said Papali’i Efo. 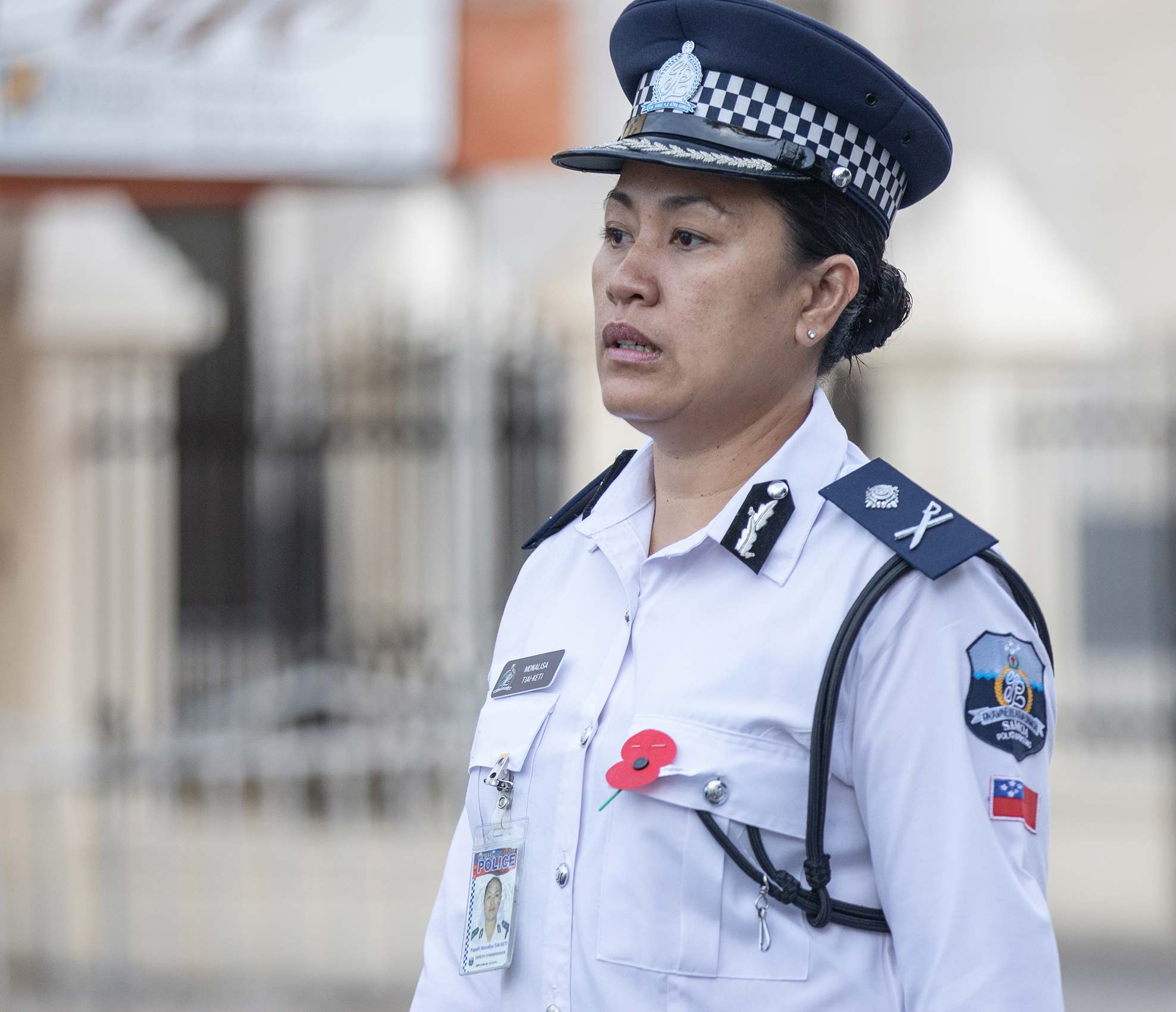 The outgoing Chair called on Commissioners to follow the footsteps of the Samoa Police Commissioner.

“We have the support of our Commissioner and if anything he’s the man behind promoting of gender equality in the Samoa Police Service," said Papali’i Efo.

“We now have women in the Tactical Operation Squad, another first, as well as female sailors and this is all possible due to the strong support of the Commissioner."

In an earlier interview with the Samoa Observer Fuiavaili’ili said gender was never an issue in his view as Commissioner.

“The Police Service has always been a male dominant arena and especially when it comes to our community where men are a little bit more pronounced but in my way of thinking is that gender should not change anything," he said.

“Gender is not an issue, it’s all based merit when it comes to me.

“We have women in maritime, tactical unit and also Deputy Commissioner is a female." 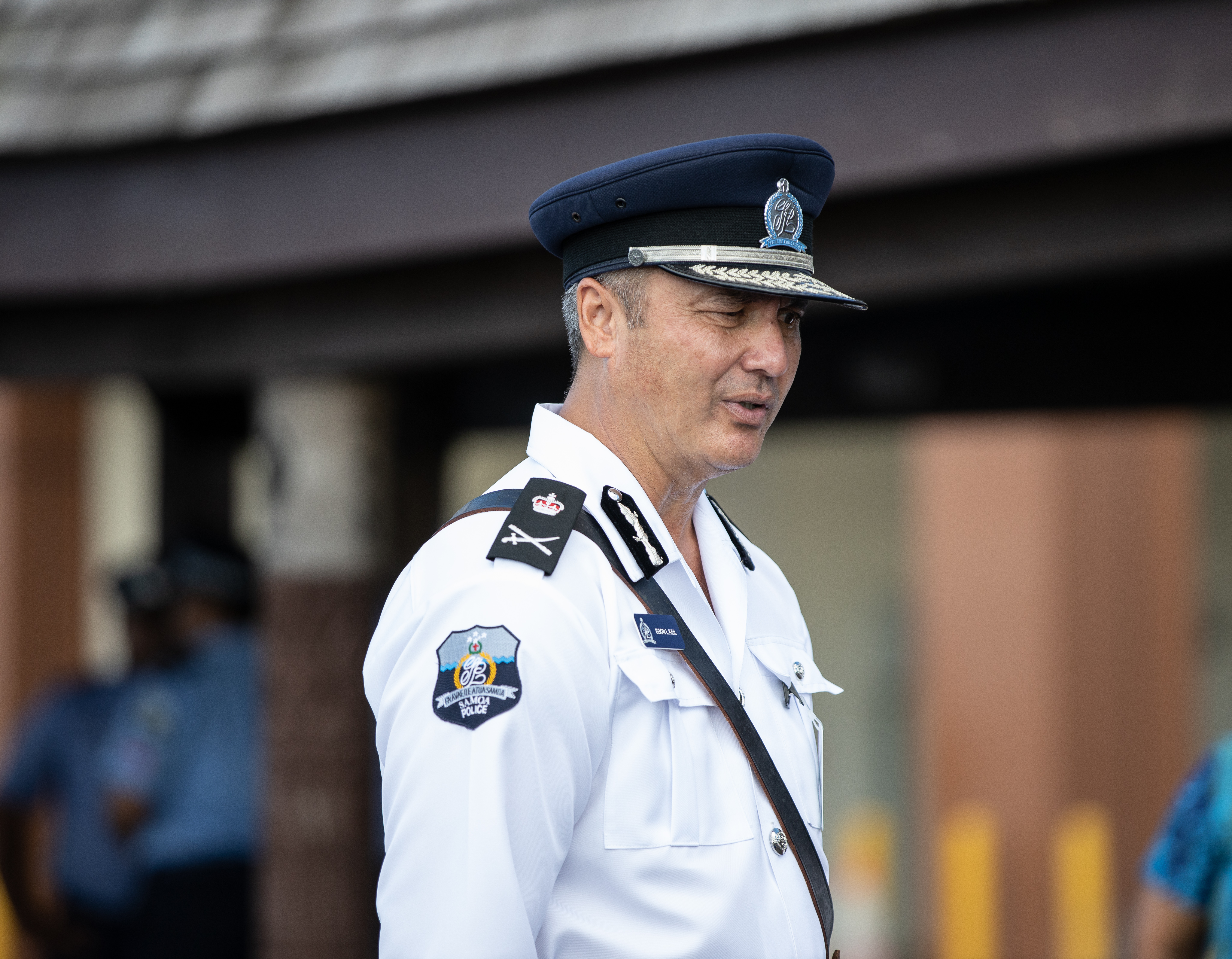 Superintendent Papali’i Efo said at their meeting this week in the U.S. territory it was reminded that unity women will have a stronger voice in the future of policing.

“Together we will continue to support and enhance the contributions of women in policing within the Pacific regon to empower women in policing and to be valued and recognized as essential to the safety and security of our Pacific communities.”

The Women’s Advisory Network's new Chairperson for its 2019-2020 will be from the American Samoa Department of Public Safety, Police Officer, Vaivasa Wells.

Officer Wells says her main focus is to address issues facing women in the work place such as fairness and promotions, according to a local media report.

“Over the years, women have faced many obstacles and barriers to overcome discrimination and receive the same opportunities available to men,” said Wells.

“Although we have narrowed the gap, women still have yet to gain the same respect as men in the workplace.”

She would like to draw attention to this, discuss solutions and help eradicate the stereotype that women are weaker Officers.