Local students to get rare ride on military chopper

Eight local students in Samoa will get the chance of a lifetime when they get a rare ride on an Australian Defence Force helicopter.

There are two chosen schools that will be visited by an Australian Defence Force helicopter: Church College Pesega and Siumu School. Four students will be chosen from each of the schools. 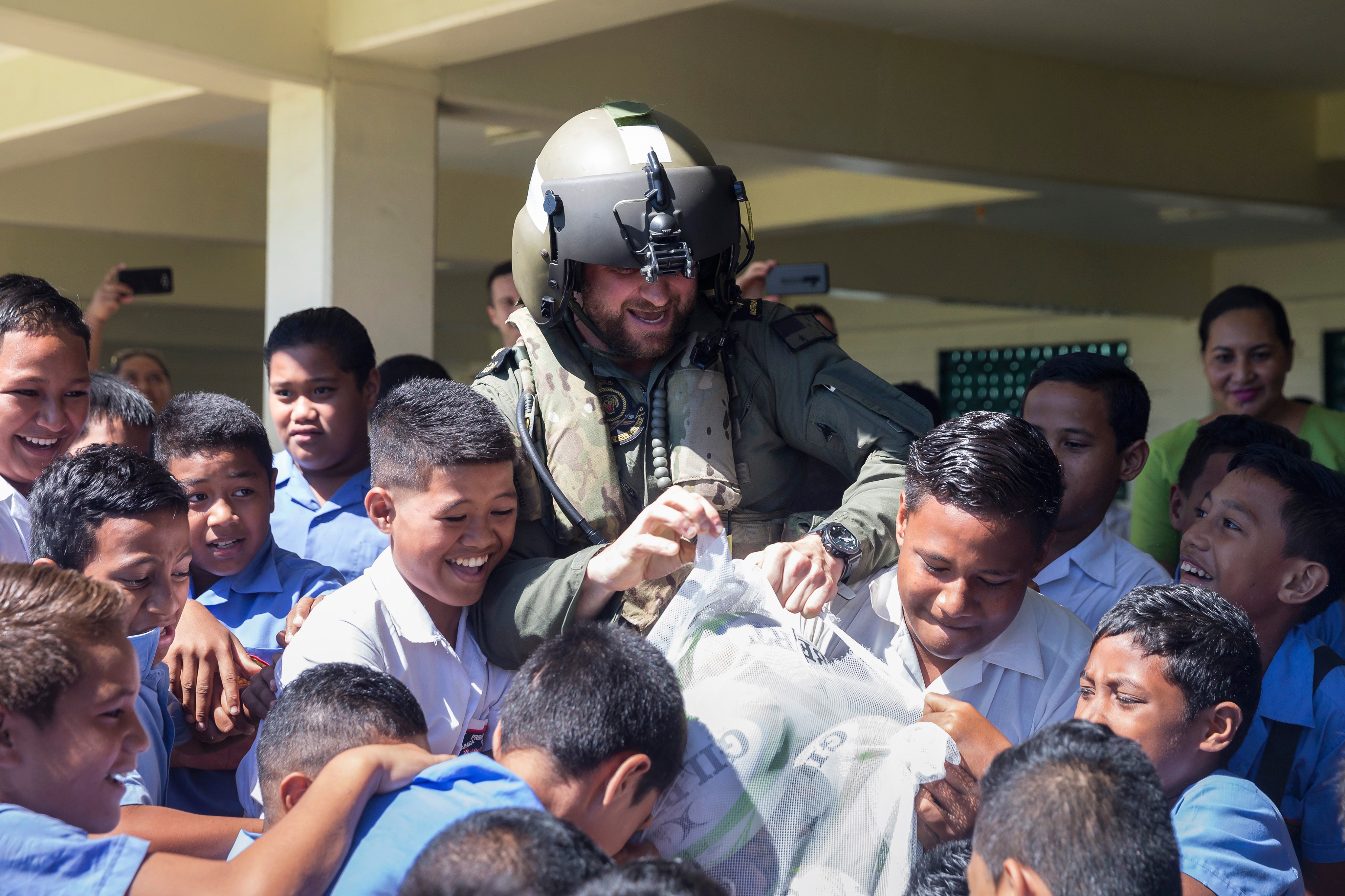 Australian Army Captain, Michael Caddy from the Pacific Support Team, said that the students were selected by their schools as a reward for getting some of the highest marks in their exams.

“The passengers on the helicopter need to wear a safety helmet and a life vest for flying over water and they also get a safety brief before boarding,” he said.

Captain Caddy said that the Australian Defence Force needed a large open area in Apia where the helicopter could land safely and the Marist Brothers School at Mulivai was an ideal spot.

“As the Royal Australian Navy ship HMAS Choules was still offshore at the time, we flew out senior leaders from Samoa's Emergency Services to meet with the ship's commanding officer to discuss how Australia and Samoa could work together on safety and disaster preparedness.

“Our crew consisted of a pilot and co-pilot and one or two Aircrewman sit in the back of the helicopter operating the role equipment, including the winch and cargo hook.

“Unfortunately we weren't able to take any students from Marist Brothers School on the helicopter last Wednesday but we hope the students enjoyed getting to see the helicopter making lots of landings.”

He also added that they rewarded students at Marist Brothers with a big sack of rugby balls as a gift which made the students very excited.

“The children and teachers were very friendly and we really appreciated their lovely hospitality." 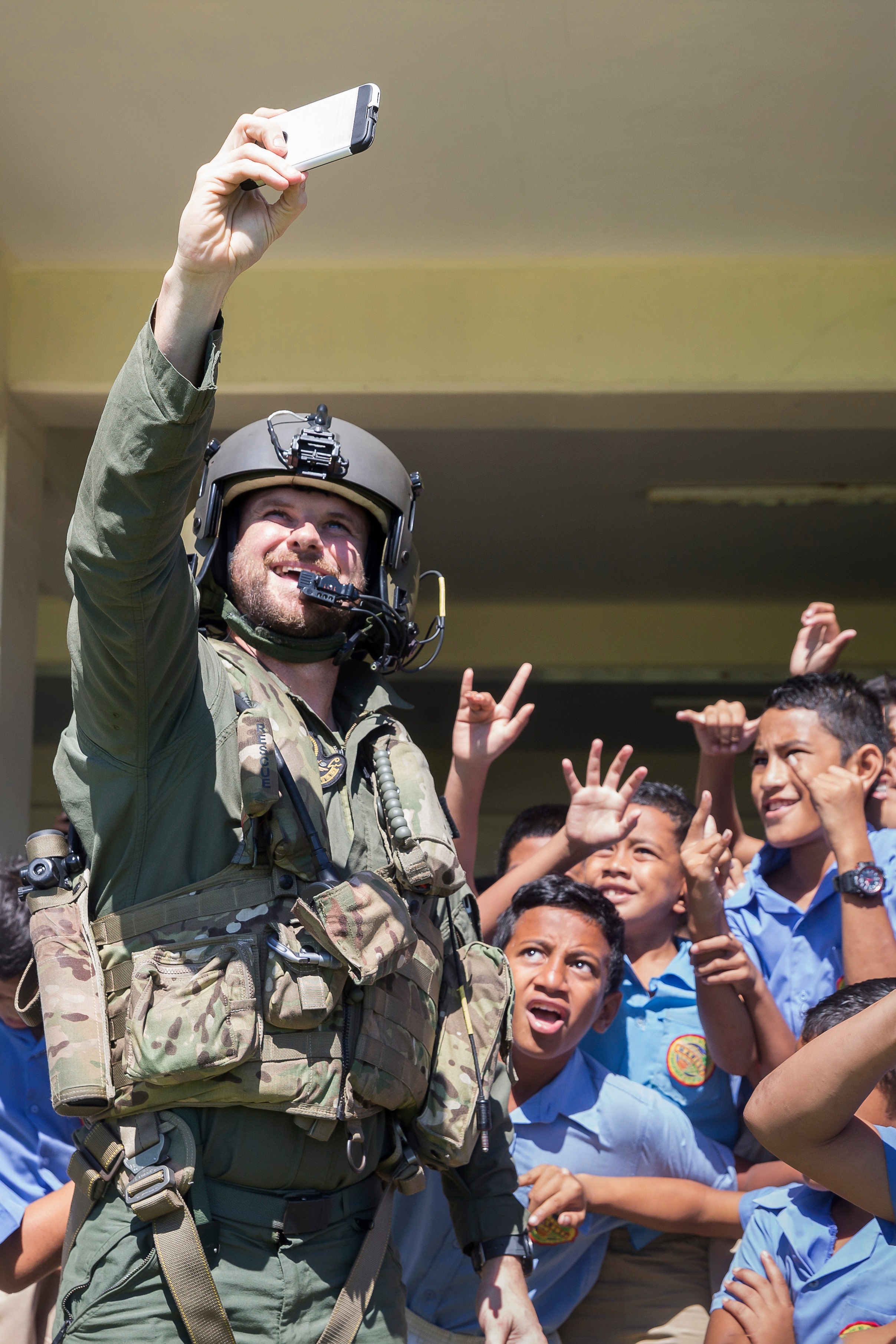 Captain Caddy said the MH-60R Seahawk helicopter can carry out a wide variety of missions, and for this deployment to Samoa they include search and rescue, logistics support, load lifting, personnel transport and medical evacuation.

He said these capabilities are important when the Australian Defence Force is helping people during a natural disaster.

The HMAS Choules ship arrived in Samoan waters last Monday but it only docked at the Matautu wharf last Wednesday morning.