“We know the success of this programme in the very short amount of time that we’ve been on the ground will merit some more resources from the supporting networks and organisations." - Classic Wallabies General Manager Justin Harrison (Photo: Aufa'i Areta Areta)
Rugby union
Samoa Rugby Union
Grassroots

The Classic Wallabies think their first trip to Samoa has been a great success, and should result in expanded programmes in the future.

General Manager and former Australia lock, Justin Harrison, along with former backs Lote Tuqiri and Morgan Turinui leave the country on Thursday, after spending the week visiting schools in Savai’i and Upolu.

Harrison said they were grateful to the Samoa Rugby Union (S.R.U.) and Samoa’s Ministry of Education, Sports and Culture (M.E.S.C.) for the opportunity.

“Being able to engage with the boys and girls, the future stars of Manu Samoa, and give them the message that sport is very important to the energy and health of a community.

“We’ve seen over the last couple of years the importance of recognising the commitment that the Polynesian community has made to international rugby on a global scale.”

He said the hope to come back in the very near future with an expanded programme, and have support from S.R.U. and M.E.S.C., as well as Australia’s High Commission and Department of Foreign Affairs and Trade.

“Increasingly we’re looking to recognise the South Pacific Islands as a whole.

“We envisage this being a scalable project that has Classic Wallabies and current Wallabies engaged in delivering healthy living, sporting, lifestyle choices for boys and girls, and also offering some education.

“We know the success of this programme in the very short amount of time that we’ve been on the ground will merit some more resources from the supporting networks and organisations." 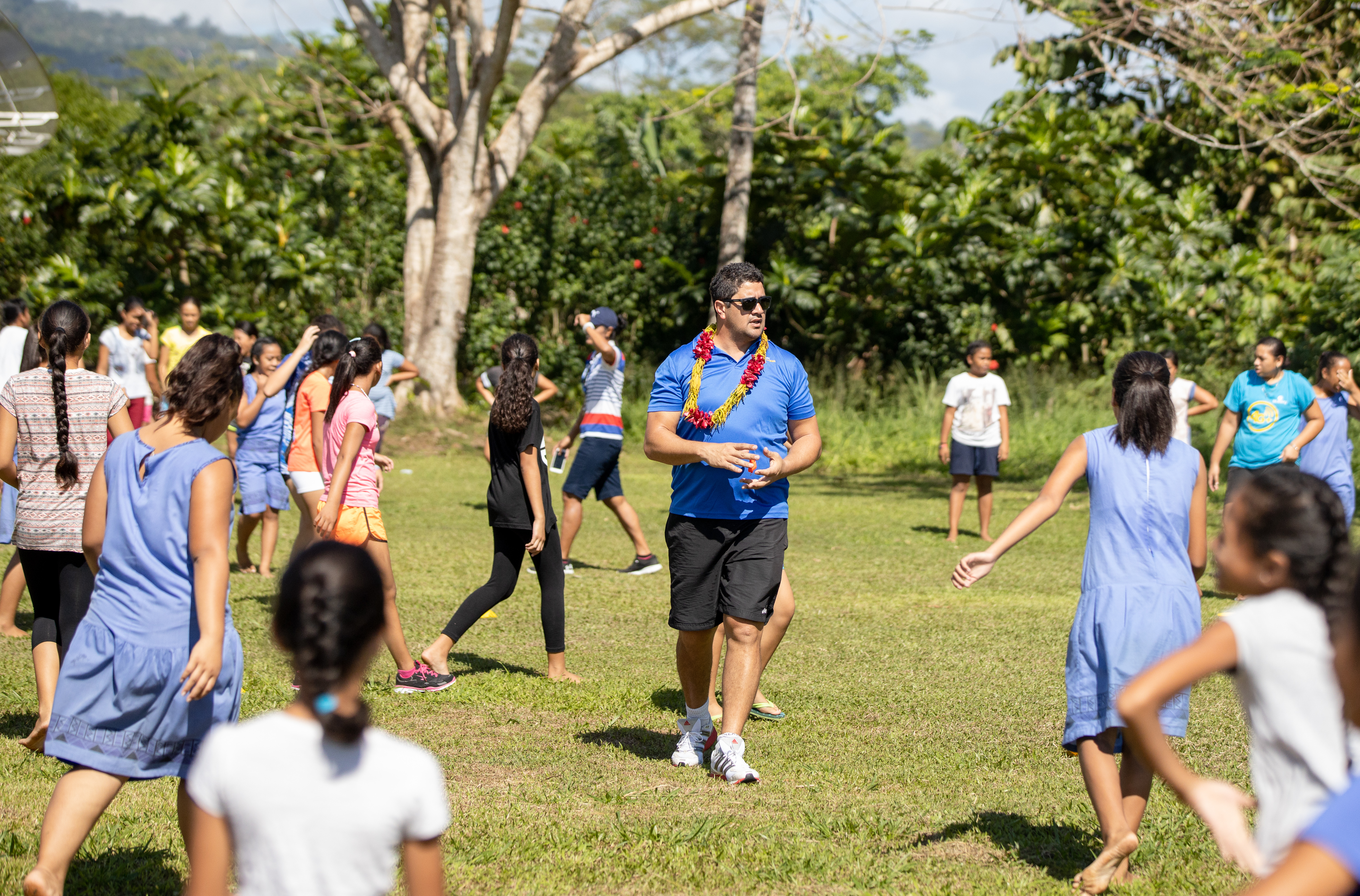 The former Wallabies all noticed the equal gender representation at the clinics, and that's something the organisation looks to support with the launching of the Classic Wallaroos this year.

“Female rugby’s one of the fastest growing sports in the world at the moment," Harrison said.

“The girls in the skills and passing drills that we’ve been doing, actually a lot of them are better than the boys."

He said they have been welcomed to Samoa with open arms by all, and it's the laughter and smiles from the children that drives the programme above all else.

S.R.U. Chief Executive Officer Faleomavaega Vincent Fepulea’i thanked the Classic Wallabies, as well as Rugby Australia and the Australian Government and High Commission for the initiative.

“We have been really excited about this visit for some time.

“We are really grateful… for the fantastic work they have done over the last couple of days."

Faleomavaega said the added bonus is further promotion for the upcoming test match between the Wallabies and the Manu Samoa on September 7th in Sydney.

On Wednesday it was announced that Justin Harrison will be moving on from his role of Classic Wallabies General Manager to become C.E.O. of the Rugby Union Players Association in November.