How Australia can help Samoan rugby

The Classic Wallabies believe Australian rugby has a lot to give Samoa in terms of high-performance knowledge.

General Manager and former Wallaby lock, Justin Harrison, along with centre Morgan Turinui and wing Lote Tuqiri were in Samoa this week giving coaching clinics at several primary schools in Savai'i and Upolu.

They hope to expand the Classic Wallabies programme over time, and increase interaction with the Samoa Rugby Union's High Performance Unit.

“You have the athletes and you have the players, we can see that," said Harrison.

“The knowledge and the training regimes, the level of professionalism that’s required to be brought into a programme, and consistency in a programme."

He noted the ever-changing management of the Manu Samoa, with coaches rarely given long at the helm of the team before they move on or are moved on.

“I would argue that Manu Samoa are actually very successful on the international stage.

“If you look at the player availability and the resources that they have, the results they’ve achieved are very, very good." 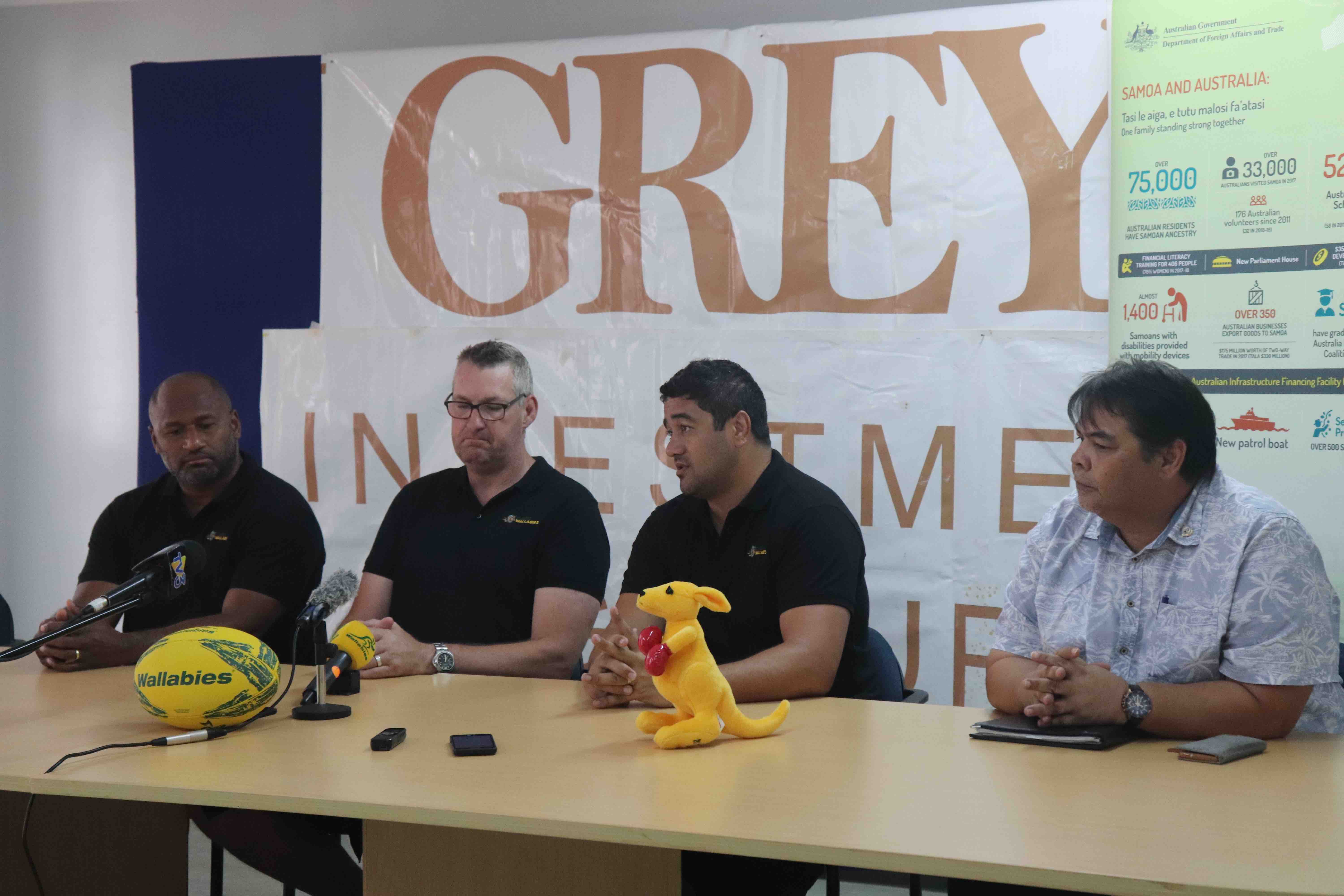 Morgan Turinui noted that there could be upwards of 60 players with Samoan heritage in Rugby World Cup squads.

“In terms of developing talent, you’re doing a lot of good things."

He said the Manu being together as they are now more often between World Cups would make a huge difference.

“Time, consistency and cohesion with groups of players for long periods of time."

Turinui also said they would like to be able to help Samoan coaches out as well.

“If you help develop your own coaches, then they can influence thousands of players over the years."

Lote Tuqiri said playing more Tier 1 nations more regularly is key to the Manu's improvement, and Justin Harrison said bringing the Wallabies to Samoa to play would certainly be something worth considering.

“We know that a large percentage of our playing members currently have Polynesian heritage and Samoan heritage, so it’s very important to recognise that tie and enjoy that thread between us all," the former lock said.

Tuqiri represented both Australia and Fiji during his rugby league career, something that would be very difficult to do in rugby union with the current international eligibility regulations.

He said the matter of international eligibility is a real question, and sees merit in lessening the current three-year stand down period that prevents someone like discarded All Black Steven Luatua from representing Samoa.

“Can filter those guys back through with the Samoan, Tongan and Fijian teams."

But Tuqiri noted those Tier 1 castoffs are no sure bet of being selected, with Fiji in particular rising in the global rankings.

“I think there’s enough talent to go around within the islands."