A team of 5 students will represent Samoa and participate in the “FIRST Global Challenge” to be held in Dubai on 24-27 October. (Photo: Areta Areta)

Five students have been selected to represent Samoa in the ‘First Global Challenge’ in Dubai, United Arab Emirates from October 24-27 this year.

The top-five science students from the Robert Louis Stevenson College are expected to build a robot to accommodate the theme of this year’s challenge and theme, ‘Ocean Opportunities’.

Fifteen-year-old, Victoria Amosa, who wants to be a Surgeon in the future, said she is privileged to be one of the representatives of Samoa in the First global challenge.

“I expect to learn a lot because I’m not experienced with robotics and I hope it will make me learn as much as I can,” she said.

“We’re very honoured to be going this year, it’s a one in a lifetime opportunity”

The students are expected to fundraise for the rest of their expenses while their airfares will be sponsored by the government of Dubai. 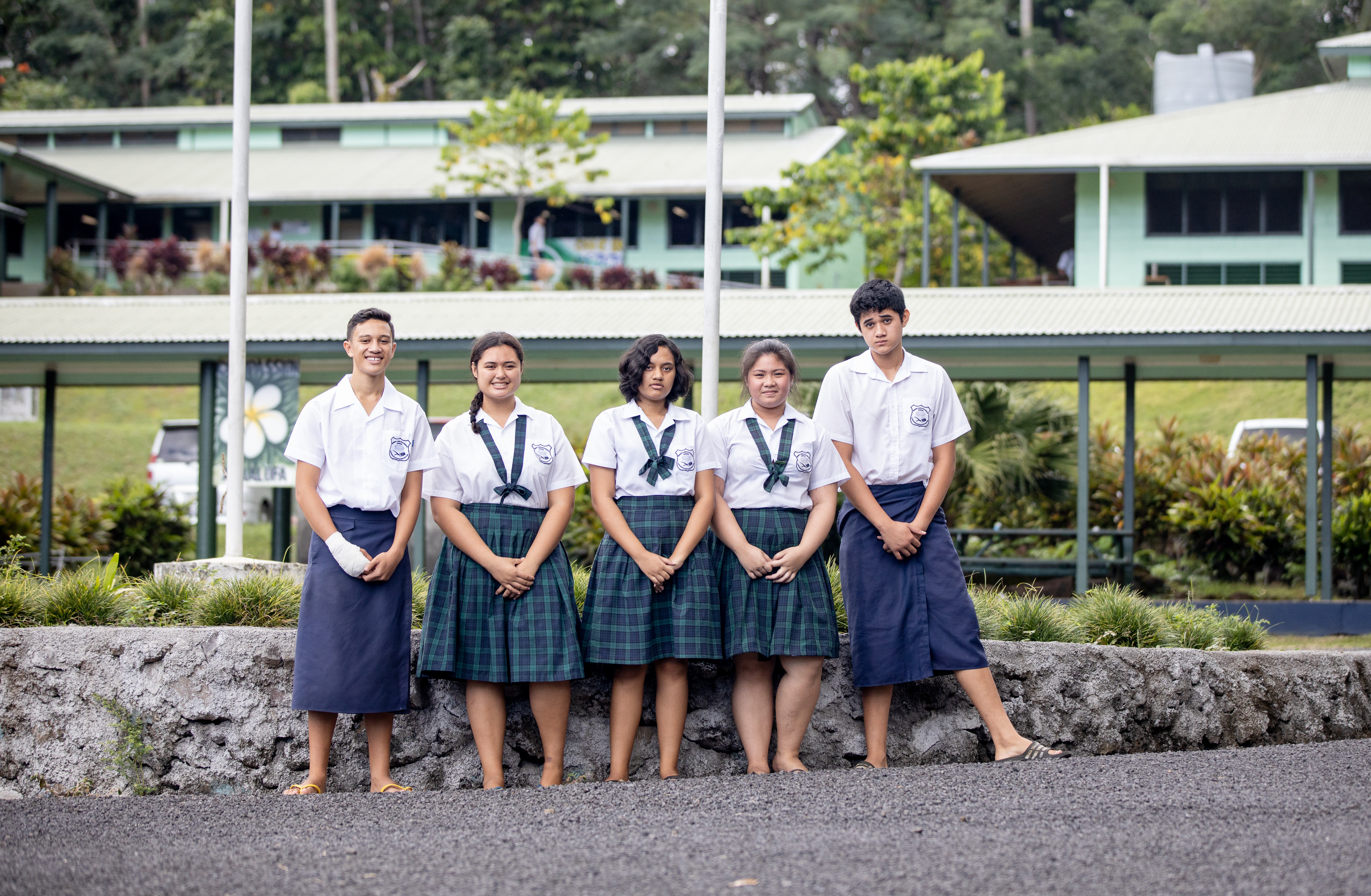 Last year, only five Pacific Island nations represented the region in the international competition and included Fiji, Kiribati, Vanuatu, Solomon Islands and Tonga, but has now increased to eight with the addition of Samoa, Nauru and Cook Islands.

RLSS principal, Fiaapia Devoe said the students are lucky to have this opportunity, as Samoa’s representatives could have missed out if one of the parents wasn’t tipped off.

“One of the parents was alerted, he works at USP and he found out about this challenge, two days before registration was closed.

“So he got told to do something about it and he was confident he could get five students in time to fill a team for Samoa,” she said.

Ms. Devoe said the parent approached the assistant principal on the matter and made their selection, luckily, their mid-year exams had just finished, “and so the top five science students were chosen from there”

“It’s a real learning lesson for the students also because these students didn’t know they were going to be selected for anything of this major importance but now their hard work and studies have paid off,” she said.

Ms. Devoe said they received the robot kit on Wednesday which the students will now use to put their project together in the next few weeks, with the help of teachers and mentors.

Only 64 per cent of the FIRST global challenge participants came from the Oceania region and according to a University of the South Pacific article, one of the participating teams from the Pacific placed in the top 50 in the world, with the other Pacific teams not far behind.

The school principal thanked the Minister of Education for giving his blessings on the school’s quest to represent Samoa as well as the parents for giving their consent.