Samoa
One of the helicopters, on board the Royal Australian Navy ship HMAS Choules with National University of Samoa students taking a tour. (Photo: Misiona Simo)

The Royal Australian Navy ship HMAS Choules is in Samoa for seven days to discuss how Australia can continue to support Samoa’s key security priorities and disaster preparedness efforts.

This was highlighted by Captain Scott Houlihan on board the HMAS Choules yesterday. 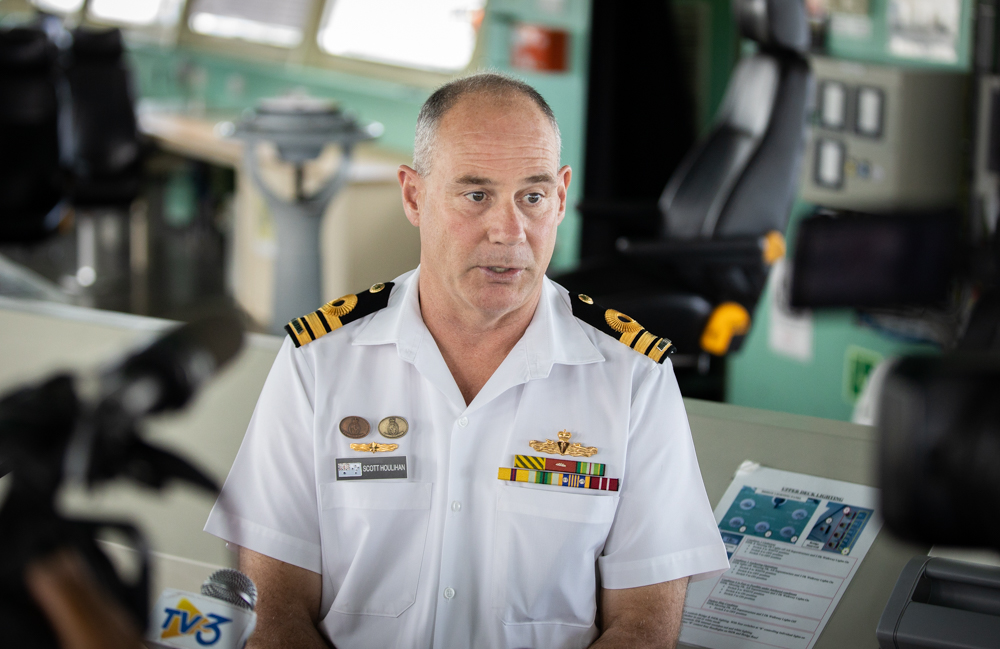 He said their crew is also in Samoa to have a break offshore to explore Samoa and interact with the Samoan people.

“We also stopped by Samoa to refuel and get some supplies of food, we have more than a hundred crew members but we can carry 500 people on board,” he said.

“The primary role of our ship is humanitarian aid and disaster relief. There is a whole lot of equipment on board and ready to respond should a natural disaster strike if Australia was asked for help.

“We have just come from Fiji and last deployment we were out in the Solomon Islands so this is very common for Choules to be in southwest Pacific it’s where we tend to operate most of our time. 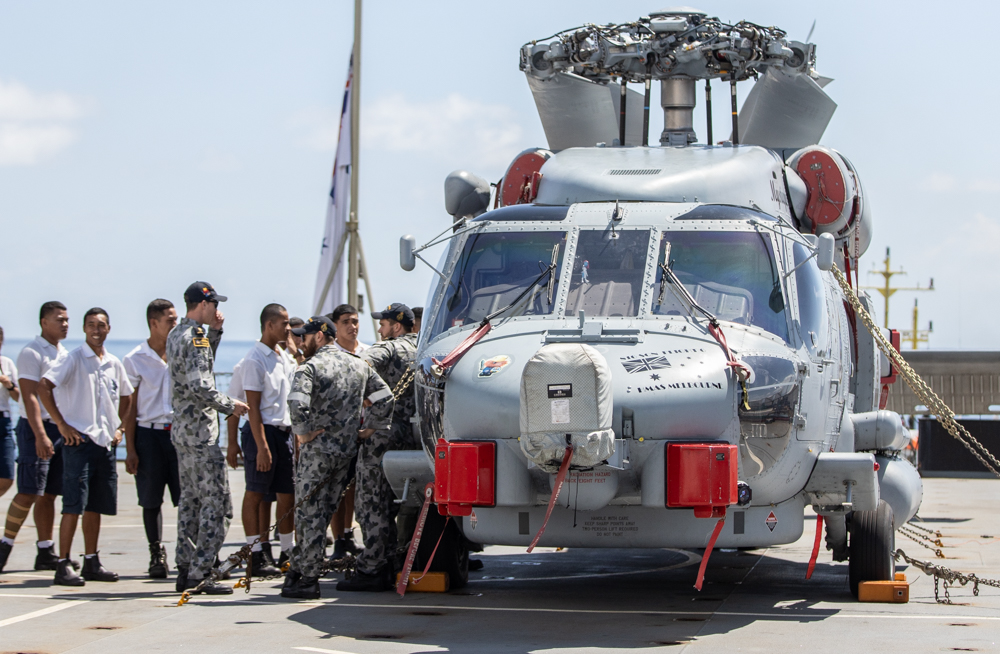 “One of the pacific islands that we were able to offer assistance was Vanuatu following the volcano there which was an international response to move in and evacuate people off the island and we also delivered some aid and equipment.”

He also said that some of the activities that his crew will take part in is taking the local students from various schools on a helicopter ride.

“But our ship is also welcoming various school groups for tours around the ship and also we will host an official reception tonight which will be attended by local dignitaries.

“A common challenge we face is the result or aftermath of the disaster and being able to find the line and establish communications.” 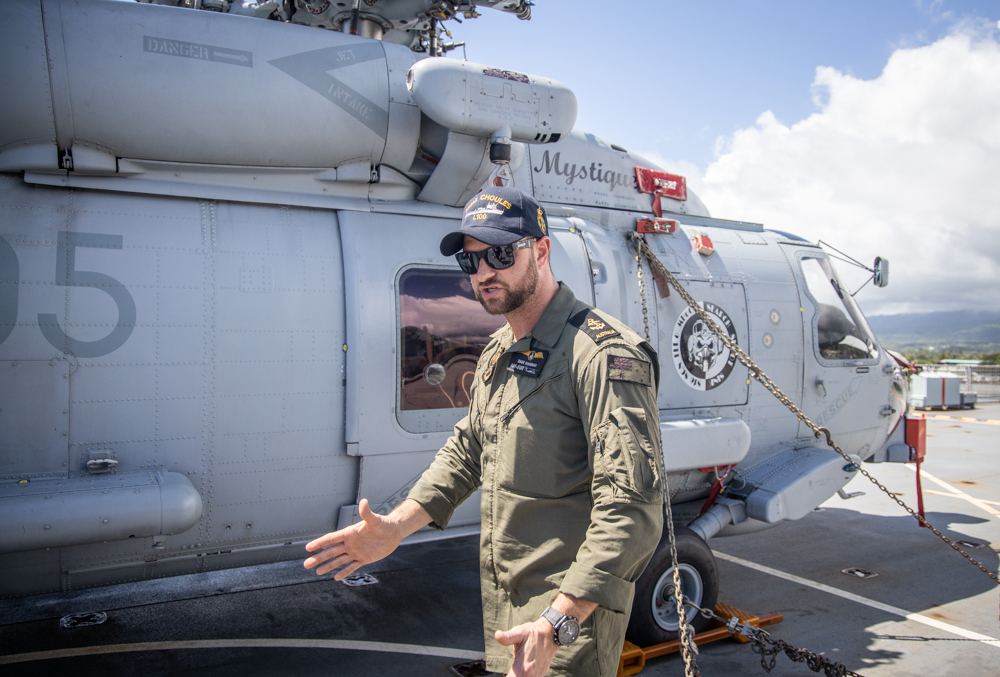 One of the crew members, Karlie Laney also highlighted that their medical unit can host more than 20 sick patients.

It is also capable of operating Navy helicopters including the MRH-90 Taipan and Sikorsky MH-60R Seahawk and the Australian Army’s S-70A Black Hawk.

Choules is an amphibious Landing Ship Dock which originally served with the Royal Fleet Auxiliary. She was commissioned by the Royal Australian Navy in December 2011.