Rise in street vending taking children out of school, family

Teen Challenge Organisation appeals for ban on street vending as its a major factor behind children getting into crime. (Photo: Aufai Areta Areta)

Two weeks ago a teenage boy was brought, in handcuffs and under security escort, to the offices of charity. His family had given up on him.

The 16-year-old, who cannot be named as he is a minor, was a full-time street vendor who had been plying his trade in the centre of town from his early childhood.

The director of the Teen Challenge charity, Aumua Eric Poe, said the young man opened up and confessed to being forced to work on the streets by his parents at a young age.

That life shaped him so quickly that he today considered himself a lost person, Aumua said. 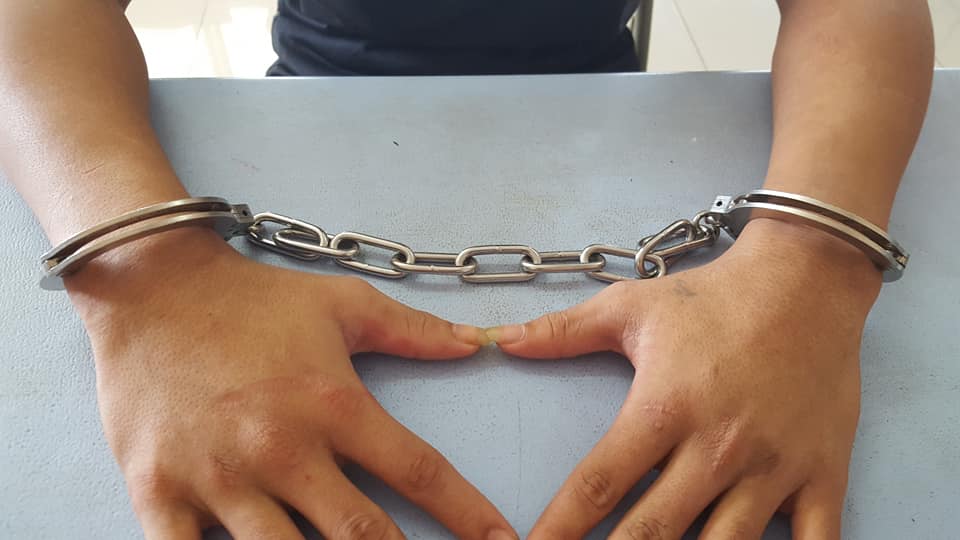 From the age of 13, he went to sell goods on the streets after school, only returning home after 1.00am when his supply of goods were all sold. His family did not even look for him late nights.

He confessed to the offences police had apprehended him for - and those he had got away with.

Aumua and Teen Challenge Samoa think cases like this show why the Apia town centre should be cleared and street vending should be banned, in view of the deteriorating conduct of the young children whom the trade depends upon.

Aumua, who has been working for more than five years counseling street kids, said the number of them coming to his office for help is increasing.

“It’s a matter that has grown enormously," he said.

He draws a distinction between those children who were forced into the trade young and those who were old enough to understand, what they are doing to help their families.

"These kids know better and understand the city better and I know these kids because we always bring them in for counselling," he said.

"Our job is to help them try and be better versions of themselves and, knowing these kids for so long, they are getting worse."

According to Aumua, the underage boy was a normal vendor when he was young. But due to increased exposure to vending in the city, the kids have been influenced by money and this has impacted their lives.

"In five or 10 years time, we will be seeing these kids in a much worse situation just like five years ago with this kid, he wasn't like this but from vending day and night without education, he has [gotten] worse," he warned.

Teen Challenge is hoping to run a rehabilitation program to shift kids from their communities, especially their families, as returning will only see them back on the street, despite the counselling.

The president of Samoa Victim Support Group (S.V.S.G), Siliniu Lina Chang told this newspaper that she is similarly concerned about the children.

"We have a program called Hot Soup; it’s a livelihood skill training for the children that are moved from the streets and, at the moment, we’re concentrating on the children around Vaitele, Nuu and Tafaigata," she said.

"So we started earlier this year but our program started way back [between 2010 and 2012] but in this year [because of] a growth in a number of children on the streets, we’re now [concentrating] on those areas."

From Silinius' perspective, the number of child vending in the streets has grown. But their main concern is street vending during school hours and late at night, as they understand some families put their kids to school during the days and after school, they help sell their crops which is part of their livelihood.

"And that’s fine with us as long as the children are in school during the day time and at home during the night when they’re supposed to stay and be safe," she said.

"As a child protection organisation, we are all for the safety of the children."

The skill and livelihood program is being funded by the US Embassy. The idea is to identify children who can be placed back in mainstream education.

Up to now, close to 50 child vendors that were in this program are back in the classrooms at Vaigaga and Nuu Primary Schools. For children who are older and have never been to school before, it’s more difficult for S.V.S.G to put them back to school.

"But we’re continuing to do livelihood training for them: carpentry for the boys, handicrafts for the girls but we also have our teachers at the school [try to] teach them the basic reading and writing skills so that they can write their names at least," she said.

A 34-year-old mother, Mia Lemisio, who often vends around Apia, told this newspaper that street vending at Savalalo Market is her family's only source of income.

"It's not just me but there are many other families who survive from vending," she said.

"Talking about my children's' safety, well that's why I'm here.

"We're vending together and if I was to have that much money I would've done what a normal parent would do: take them to school and all that but for now, it is what it is."

Mrs. Lemisio is a mother of four and none of her children go to school. Two of them are now in the streets as Mrs. Lemisio couldn't handle them anymore while the other two, whom she does not wish to identify, are vending as well.

She tried searching for a job but after years of struggling to find one, she decided to vend although she wishes she did not have to.