Women must come to the fore of peace and security: P.M.

While women continue to bear the brunt of conflict, security challenges and gender-based violence, they must become more integral to peace and security processes, Prime Minister Tuilaepa Dr. Sailele Malielegaoi has said.

Tuilaepa made the comments in an address to the two-day Women, Peace and Security Summit, hosted by Samoa and New Zealand.

Small strides are being made towards progress in the 20 years since the United Nations (U.N) Resolution 1325 on Women, Peace and Security was adopted, the conference was told. 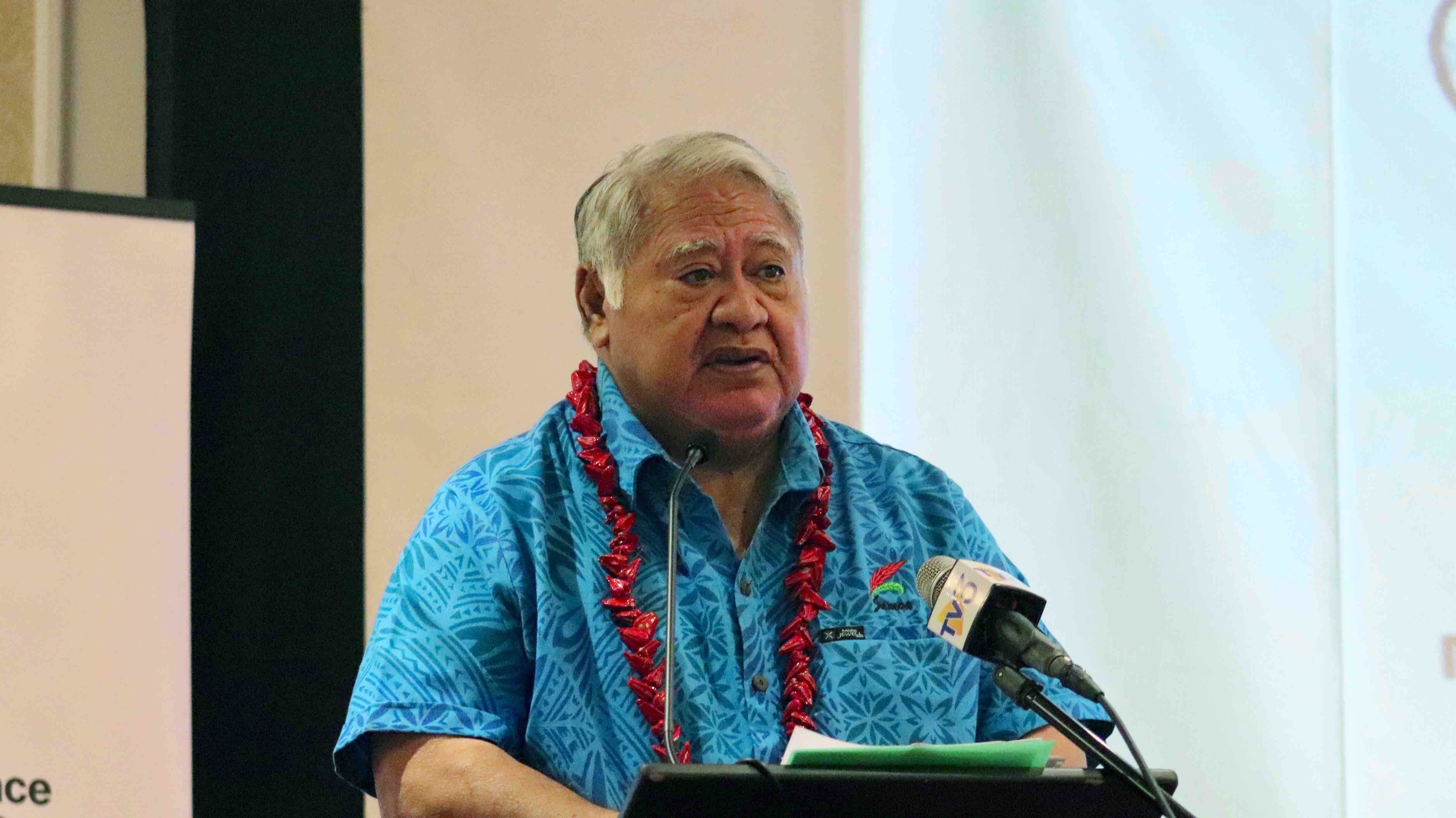 Tuilaepa said implemented the W.P.S agenda is “more critical now than ever.

“This Pacific summit is an opportunity to respond with Pacific tailored solutions to the United Nations women, peace and security agenda by focusing on our identified regional security threats," he said.

“Meaningful participation of women at all levels of peace, governance and promotion of rights are not new issues."

“In the consideration of new and emerging threats we must apply our expanded concept of security and acknowledge that despite progress and gains in some areas, there remains alarming stories of violence against women and discrimination.”

And while around the world, women are seen as vulnerable groups, Tuilaepa said they also offer “transformational contributions” to the peace and security agenda.

New Zealand’s Associate Minister of Pacific Peoples and Arts, Culture and Heritage, and the Minister for Social Development and Disability Issues, Carmel Sepuloni, said women’s meaningful participation on the W.P.S agenda is key.

Setting targets and achieving them is one way to affect change, she said.

“The UN’s target of 16 per cent women [in peacekeeping forces] is creating results: in 2018, 48 troop contributing countries were meeting that target, compared to only 22 countries a year before," she said.

On the expired regional action plan, Ms. Sepuloni said she looks forward to hearing from Pacific Island Forum Sectary General Dame Meg Taylor on what the region will do next.

“We have seen important contributions to Women, Peace and Security from our Pacific partners already,” the Minister said.

“Tonga’s Police Force is looking to recruit 50 percent women and has a female Deputy Police Commissioner. His Majesty’s Armed Forces are also working with the Nevada National Guard to support the development of a Tongan National Action Plan on Women, Peace and Security.

“And Samoa, our generous host today, has an impressive array of senior female leaders present in this room, ranging from civilians to police, to of course the Deputy Prime Minister, the Hon Fiame Mata’afa.”

Having women in influential leadership positions is the key to dispelling harmful stereotypes and discrimination based on gender, Ms. Sepuloni said.

“I’m proud that women are rising up the ranks in New Zealand’s Defence Force and are now commanding our ships, piloting our aircraft, leading their trades, and representing New Zealand in leadership appointments across the globe," she said.