An 18-year-old woman has outed herself as a member of a "gang" which Police say uses Facebook to lure victims.

Police issued a warning on Monday about a group they have identified as the “Blood Gang”. Police said the gang's members are men and women under 20 and use social media to lure victims into ambushes. 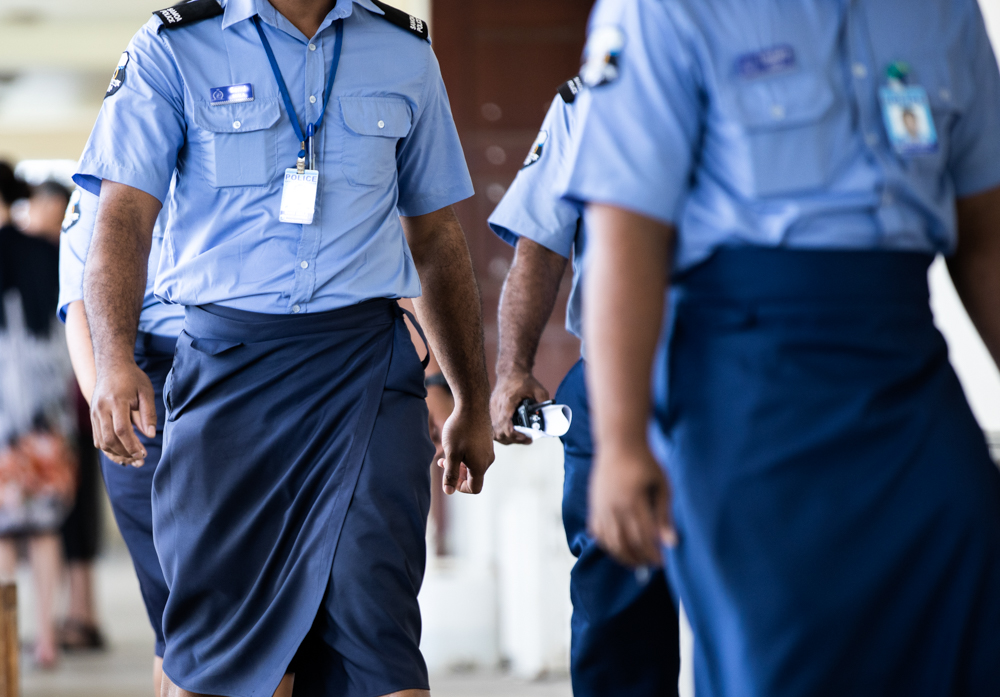 Police made the announcement after they took two suspects into custody following an alleged assault at the Savalalo market which was captured in a viral online video showing three young women throwing punches at another who is sitting down.

An 18-year-old featured in the video, Luisa Pulega, admitted being a member of the gang and said it existed solely to compete with another gang called the “Kureep”.

The two suspects who were taken into custody by officers were identified by Ms. Pulega as her Saiaina Joseph and Josie Alofipo, both eighteen-years-old she described as her friends.

The female victim who was assaulted in the video was also identified by Ms. Pulega as Rafa which her family members in Malie who did not want to be identified said she is now under Police's protection.

Attempts to get comments from the Police was not possible.

However, Ms. Pulega said all of them four in the video including the victim are all part of the Blood gang.

“Rafa and Donna are also members of the blood gang and I heard from my best friends that they were the one who beat up the other female police officer at Malie and stole her purse,” Ms. Pulega told.

Ms. Pulega is from Vaimoso and she admits that she is not scared to be caught by the police officers as she wishes to explain her side of the story.

"It's my family that's stopping me from going to town because they're scared that I might get hurt by the family members or friends of this girl we beat up at the market but I've been longing to go back to town regardless that I might get caught too," she said.

She explained in an interview with this newspaper that the reason why they assaulted Rafa in the market is because of she stole from them.

"She was looking for a place to sleep this other night and one of us three in the video offered to accompany her for the night and sadly, she suddenly disappeared the next morning so were three mobile phones owned by my friend who is now behind bars for the assault and her parents, plus a their wallet," she said.

"We even had some arguments as girls where she got overboard with her words calling us whores saying if we weren't to prostitute ourselves, we wouldn't be able to get money for our families. Now who wouldn't get mad at that?"

Ms. Pulega identified all of them including the victim and her other friend named Donna as members of the Blood Gang.

Attempts by this newspaper to get a comment from the relatives of the victim at Malie was not possible as they did not want to talk.

Speaking to Samoa Observer, the paramount chief of Vaimoso, Manuleleua Asiata Ioane said they have not been informed of such gangs including the Kureep which Ms. Pulega identified as their competitor gang.

"All we heard is that there is a video going on right now on Facebook but we didn't that they're from our village so we're going to look out for confirmation," he said.

"It's a must for the village to investigate all these issues of gangs and the village doesn't allow such behaviors."

Manuleleua explained that the punishments for such behaviors is either $500 tala or $1,000 tala and they will now be in a look out for such issues around Vaimoso.

A female who is a former member of the Kureep gang was surprised as this newspaper approached her for a comment as she though Kureep kang was long time vanished.

"This gang just started off as a normal gang of school boys and girls that started with the word Kureep as a language to communicate between one another and then when teenagers realized it's fun, they started to join along and created this huge gang at the market back in my college days," she said.

"But just because we called it gang now doesn't mean that we did those other things. Although little by little, I heard that some kids back then I didn't know called themselves kureeps and were found assaulting and destroying in the market but so far, I know that's how this group started."

She removed herself from the gang right after she heard of the small issues arising from it and focused on her school at the N.U.S and getting a job.

"I think Kureep right now is being developed by these street kids and those other teenagers but for us in our college days, I know that most of u are now even forgetting about this gang," she added.

Samoa Police Service (‘SPS’) wishes to advice the public that the use of social media is for good, positive and appropriate practice.

“The use of social media to instigate violence sheds negativity on our Christian community. The arrest of these youths should be a deterrent for those who are contemplating to inappropriately use social media to commit crime,” report said.