Just over half of the Year 1 children who underwent a hearing screening had large quantities of ear wax blocking their hearing.

According to the national screening data, 51.7 per cent of the children had wax blocking at least one ear, and 7.8 per cent of children had untreated ear infections, which were referred to the National Hospital.

The first national hearing screening was conducted by SENESE Inclusive Education Support Services and the Ministry of Education, Sports and Culture (M.E.S.C).

Over three weeks, they screened 3,973 children, which is over half of Year 1 children (according to M.E.S.C data) for hearing and ear health. 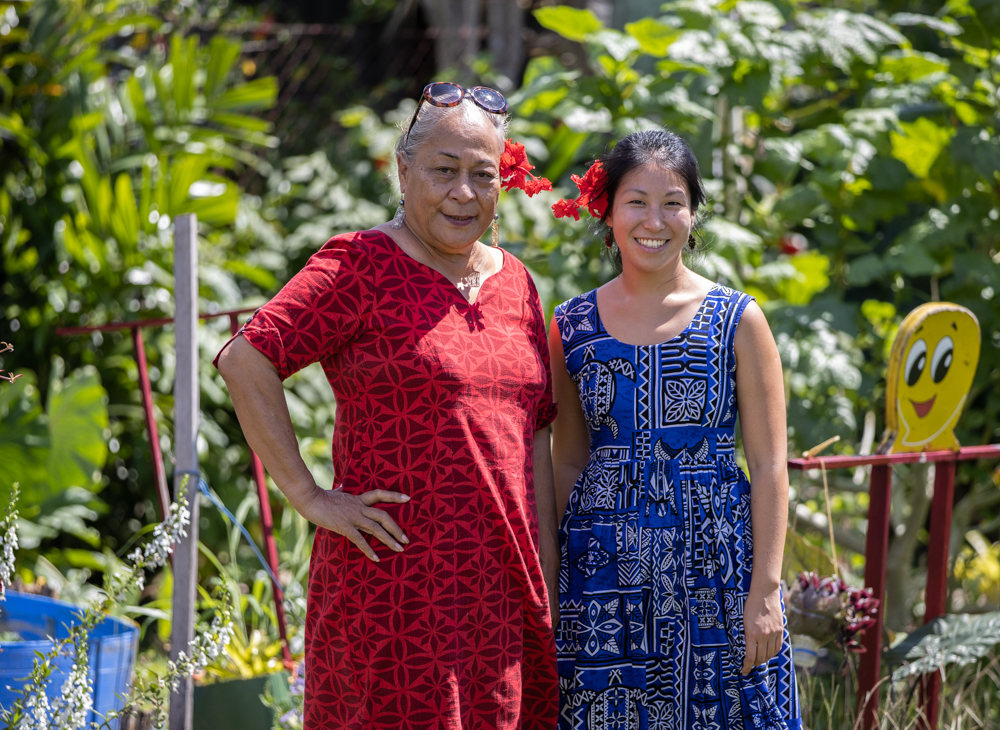 Ms. Goh, who is volunteering with Senese Inclusive Education Support Services as part of the Australian Volunteers Programme, said ears actually clean themselves, so people should not put anything in them at all.

“Don’t push the wax in further and make it a bigger problem than it would be otherwise, and we are here if anybody needs a check-up,” she said.

The screening found discharge in the ears of 309 children.

Ms. Goh said that it was surprising the number of untreated ear infections, and urged parents to take discharge from the ear seriously.

Ear infections will eventually lead to hearing loss, and could cause temporary poor hearing as well, as the infection causes ear bones to corrode.

“It’s like letting bones sit in pus for a really long time,” she said.

“That causes physical damage and then ultimately that leads to poor conduction of sound through the ear and then hearing loss.

“When [the children] have consistently got poor hearing, they are not hearing the teacher well, they are not engaging and that can lead to long term issues in processing speech and noise.”

Children don’t necessarily know there is a problem, Ms. Goh said, and the initial pain of an ear infection will go away leaving children without symptoms to complain about.

“It happens so often that it becomes normalised so people don’t seek treatment because they think it’s a part of growing up,” she added.

But having nearly 4000 Year 1 children see an audiologist or the SENESE hearing services team was a success. They were able to refer 672 children to a doctor, and another 195 children to visit SENESE’s clinic in Vaitele for follow up treatment.

On Upolu, the Ear Nose and Throat doctor is Dr. Sione Pifileti, whose clinic is always busy.

SENESE Director Marie Bentin-Toalepaialii said the screening should become an annual activity so that every year one child sees an audiologist as they begin school.

And it is important parents are involved in the screening too, to help the team understand the child’s history or take them for further treatment.

Unfortunately, not enough parents were aware of the screening ahead of time, Ms. Toalepaialii said.

“During the day parents would trickle in, once they hear from other parents who had come back from taking their child, so that is one area on which we should improve,” she said.

But the screening was so popular that parents asked for their older children to be screened too, which the team could oblige in some villages when they had time.

Ms. Toalepaialii said future screenings should be held in schools instead a community centre per district, to reach the children more easily.

Some families were apprehensive of the screening, assuming the team were doctors performing vaccines, the director said.

But the M.E.S.C volunteers performed a story to help the children understand what they were going to experience, and how the hearing screening works, which put everyone at ease.

“Parents were really receptive to having us there and appreciate of the help we were giving them, and the fact we were coming to them,” Ms. Goh said.

“People really do want treatment, they want help, but there is a lack of awareness of where to go.

“The biggest thing that would be helpful for us is an education campaign to let people know what to look out for, signs of hearing loss or ear health issues, where to go to seek help.”

The team also hope to follow up with the families they referred to the doctor or their own services, and ensure they took the advice given and sought treatment.

SENESE screens children under 18 for free, and charges $20 per consultation or screening for adults. They are located in Vaitele, on the road to the Land Transport Authority.