“Every game is a final": Manu Samoa going into World Cup with an attitude

The Manu Samoa has a month and a half before their first Rugby World Cup match in September, and will play two games in New Zealand and Australia before their clash in Japan.

The games, on the 31st August and 7th September, will be important tests for the team, challenging their abilities after a gruelling Pacific Nations Cup.

“We don’t know what the NZ divisional XV will bring, and playing against Australia will give us the benchmark that we need heading into the World Cup.

“So although there are some challenges, they are exciting.” 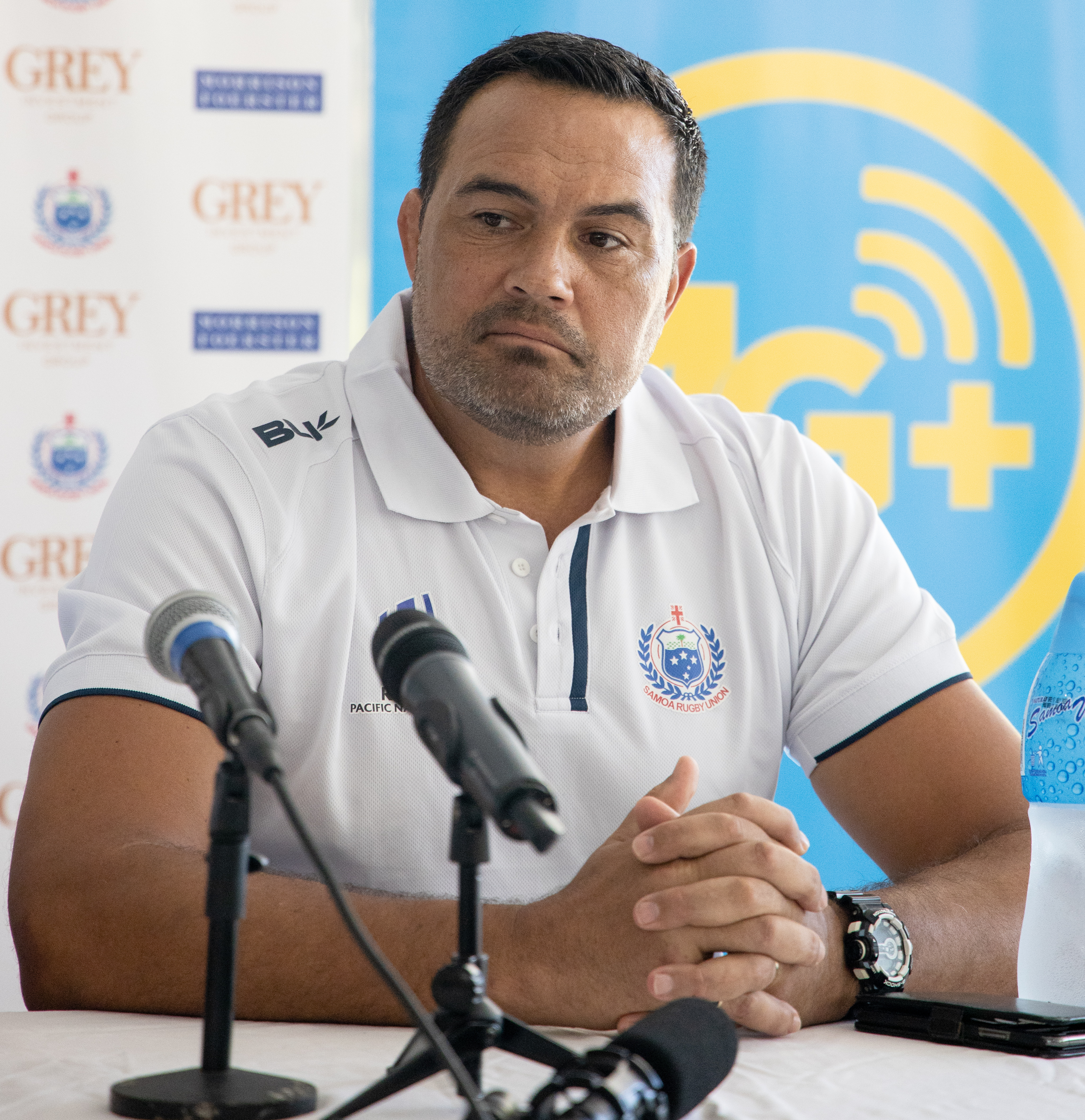 The team arrives in New Zealand on Thursday and will go into camp on Sunday, beginning two tough weeks of intensive training and conditioning.

Vaeluaga said the team can expect a “heavy workload” in New Zealand, before a chance to decompress before the match against the Wallabies in Australia in September.

There will be adjustments to make with new players arriving and experienced players leaving, but it will be practice for the World Cup, coach said.

“Obviously we are going to have some different people joining us, so getting them up to speed on the way we want to play the game will be key as well.

“The next few weeks is finalising our game for each of the four games we are going to play [in the World Cup.]

“We have short turnarounds; we won’t have time for lengthy training.”

In Japan, Manu will play Russia, Scotland, Japan and Ireland with just a week between matches. That means preparing for their opponents now, not during the competition, and building combinations that suit each match.

And once they get there, it will be about playing each game as if it is the last.

“Every game is going to be a final,” Vaeluaga said.

“There is no what could have been. We treat every game as if it’s a final because if you lose you are behind the eight ball.” 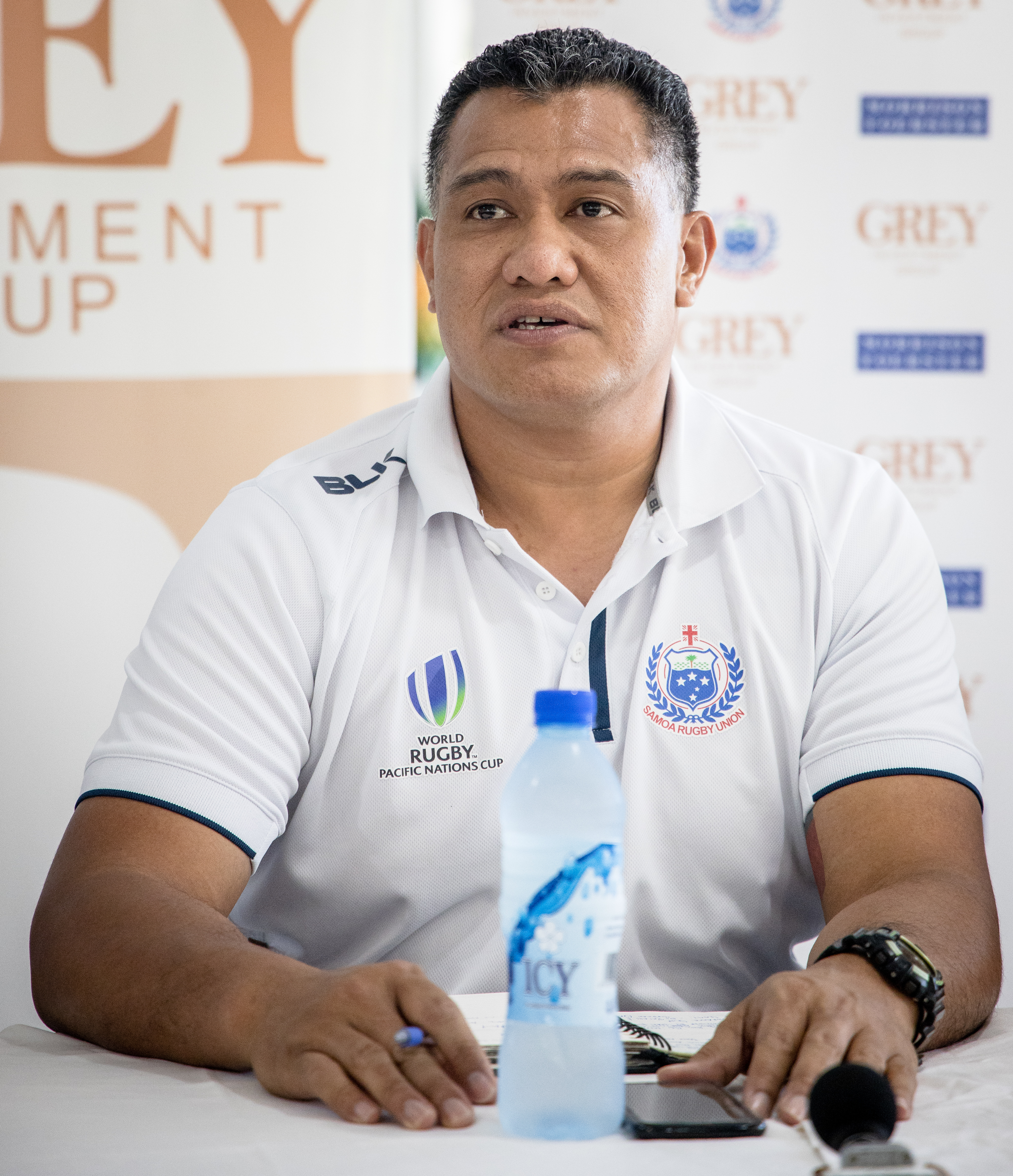 Much to the team’s advantage, their recent Pacific Nations Cup campaign was also the longest time Manu Samoa has spent together in one place. The coach, management and players agree that helped solidify them as a group.

The Manu has always been based on aiga (family), team manager Va'aelua Aloi Alesana said, and being in Fiji for two weeks helped build that.

“We talk about everyone in the team being on the same level,” said utility back Alapati Leiua.

“We don’t have ‘old guys’ and ‘young guys’, we make sure we are on the same level. So we shouldn’t be scared to reach out or ask questions.”

And their community spirit got a boost on Wednesday, with visits to primary and secondary schools, and to the most vulnerable people in Samoa – the children of the Samoa Victims Support Group and the residents of the Little Sisters of the Poor Mapuifagalele Home of the Elderly.

The team and management agree: spending time with the community is important for Samoa, but encourages the team to perform.

“Any motivation that we need, you have just got to look at the places we visited yesterday,” Vaeluaga said.

“It is also about uniting our nation and that is what we want to do, not only through performance but what we do off the field. It was huge for us to make sure we do everything right by the public here.” 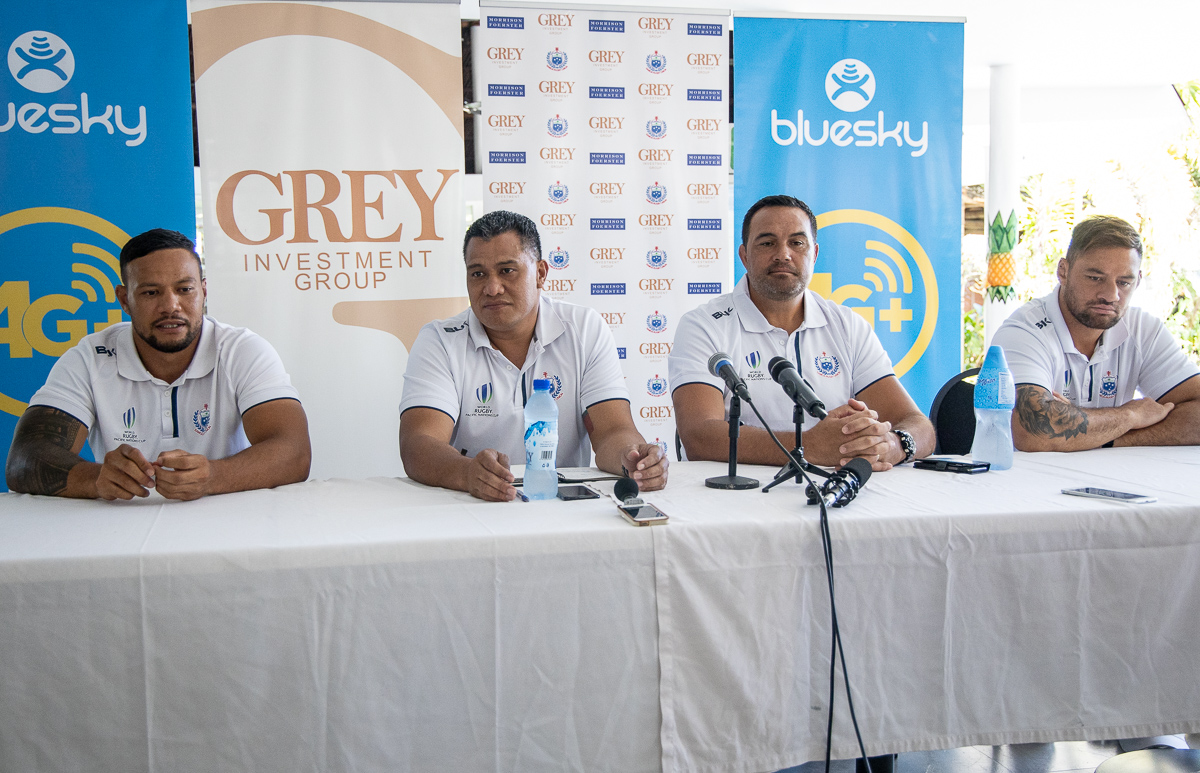 And some of the players have returned to those places with donations and gifts, flanker Jack Lam shared.

“It goes to show how much it means to get that support and we will carry that along the way to Japan,” he said.