Samoa
More dogs than cats were operated on during the clinic at Fasitoo Uta at the Women's Committee House. (Photo: Supplied)

The Animal Protection Society of Samoa has described its de-sexing clinic for animals at Faisto'o Uta on Thursday as a overall success.

A total of 51 pets were operated on by the team, which was well above their preset target of 40 operations.

Chairperson, Joan Macfarlane, said it was mainly dogs with a few cats and the clinic was made possible due to the medicine donated by the New Zealand-based South Pacific Animal Welfare (S.P.A.W.)

"The reason we are able to provide this clinic for and do all these operations for free is because we had some medicines donated by S.P.A.W. who did the de-sexing on Savaii a couple of weeks ago and they didn’t use up all their medicine so what they had left they gave it to A.P.S.

"That’s why because we didn’t pay for the medicines, that why we’re able to offer the clinic today so just to acknowledge its an extension of the work S.P.A.W. did in Savaii weeks ago," she said. 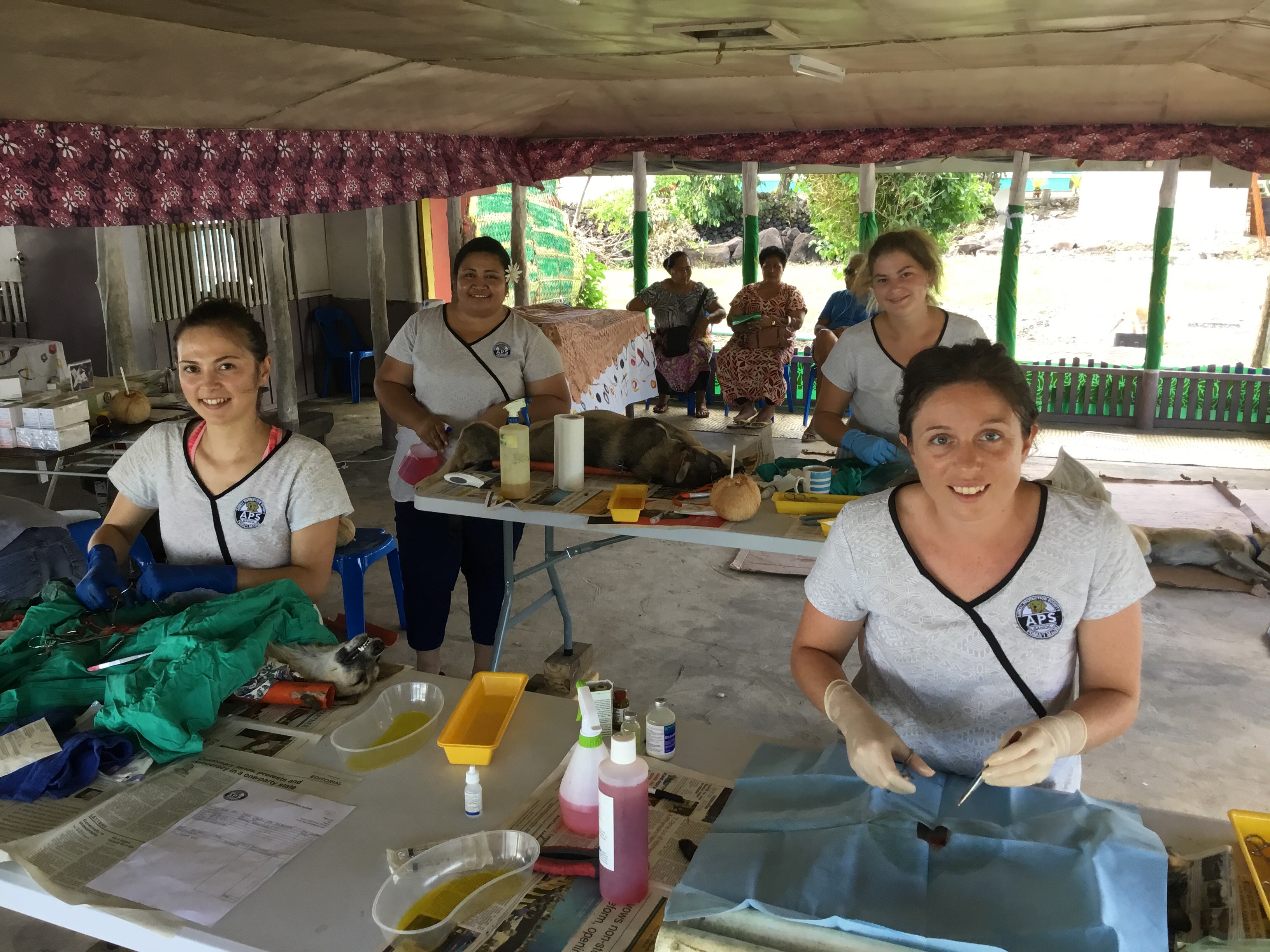 "There’s a lot [of pets] from Fasito’o but we also have some from as far as Vaitele, because it’s free today so normally these operations cost quite a bit of money at the clinic and I’ve approximately worked out a value of over $2500 tala that would have been paid for these operations.

"And I haven’t worked out how many puppies and kittens that have been prevented from being born but it’s many."

Macfarlane acknowledged the work of the Fasitoo Uta Satui's village women committee for making their committee house available as the clinic space and providing support where needed.

"And the women of the Fasito’o Uta have been very supportive of this clinic; they made their fale available for the clinic to be held in the fale and they’ve also provided food for the team who are working here and they’ve been here all day supporting us and they also were also important in spreading the word amongst the people in the village to bring their pets along."

President of the women's committee, Fa'afou Latulau said it was a pleasure for them to host A.P.S. for their clinic work.

"This is very important for us, having the opportunity in our village to treat our pets, to get rid of diseases and other things that could also possibly affect our health as well. 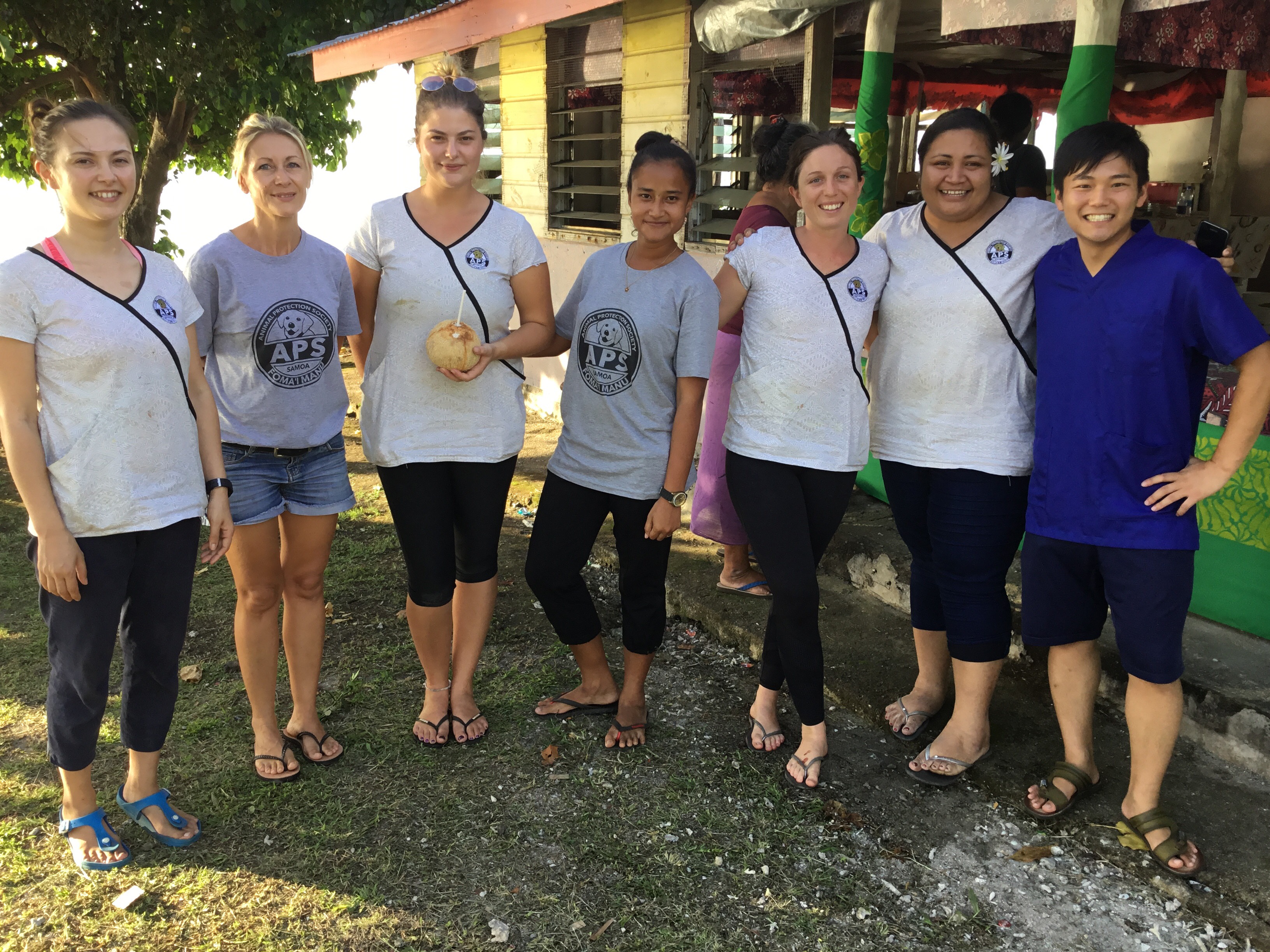 "And this makes us so happy because some animals carry things that can have an effect on our children and adults, so we thank the Lord for such opportunities for our village and have a chance to spend time with those who are involved in this line of work," said Faafou.

"It probably will be unless we are able to more donated medicine.

"To be able to do this, we need to get the medicine for free and we also need to have enough vets to make it worthwhile because if we only have one or two vets we can’t do that many operations in a day so it’s really lucky we had so many vets and the free medicine that made it comfortable for us to use it," she said.