Literature is a lamp that enlightens or banishes the darkness but is also a mirror to reflect ourselves and our realities.

And so it was yesterday, with Silafau and Judges singling out winning students who cast light or reflections through literature, in English and Samoan, and in categories across Years 4-12 and Year 13 or University Foundation on the  theme ‘Once upon a time… or O le Tala Lenei…’.

Winners were awarded at the competition prize giving ceremony on Thursday at the Samoa Stationery and Books (S.S.A.B.) conference room. 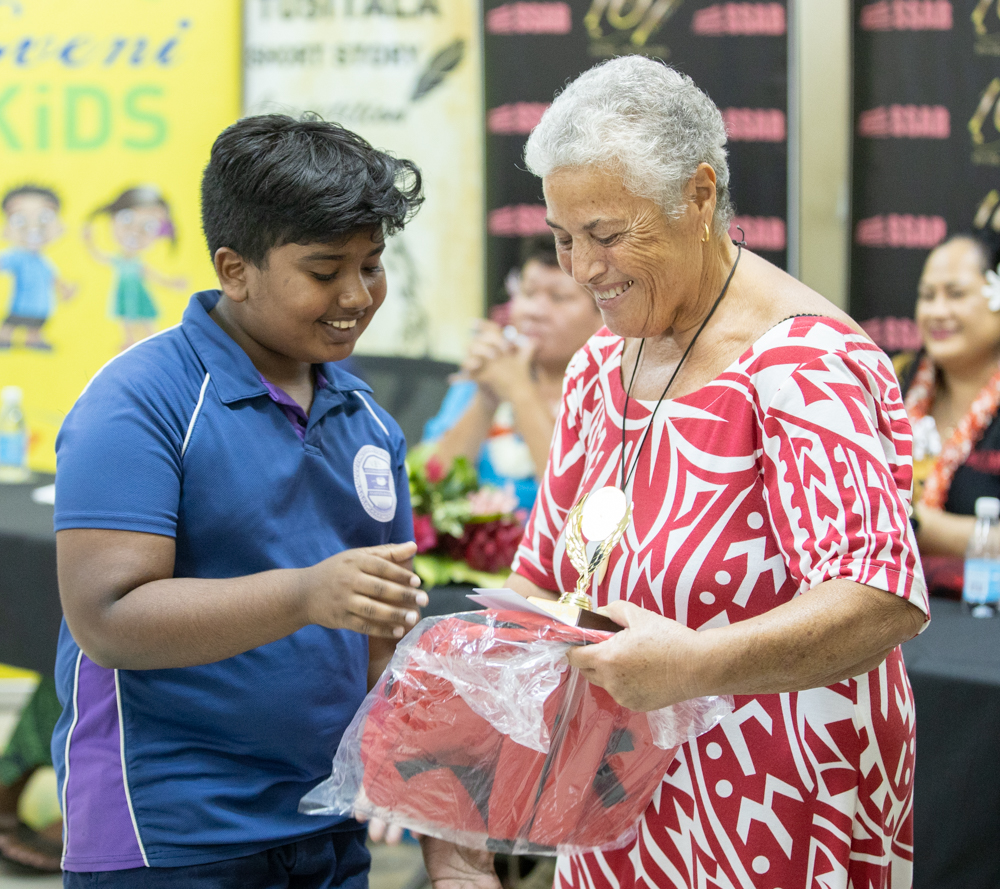 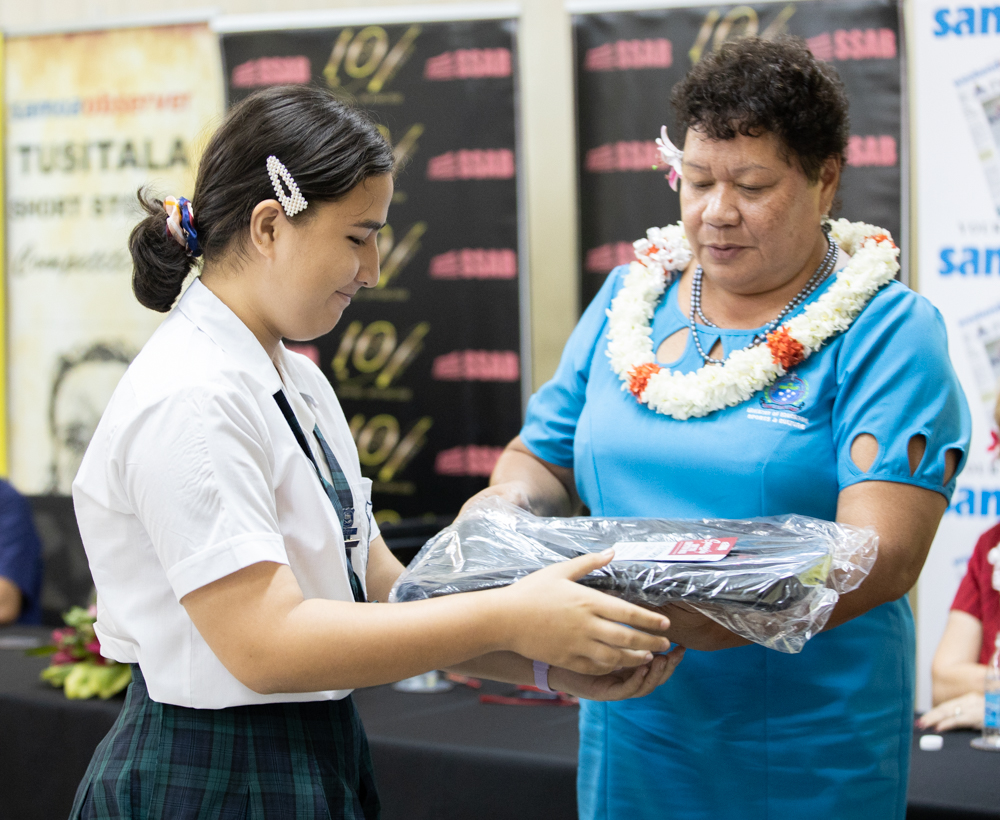 The Year 10 category for the Samoan division was won by Faasega Toimoana from Amoa College; the English was won by Otesa Ramona Finau from Samoa College.

The winners for the Year 11 division were Agaalofa Simi from Don Bosco College in the Samoan while TJ Lauina Taua from Le Amosa o Savavau College won the English. 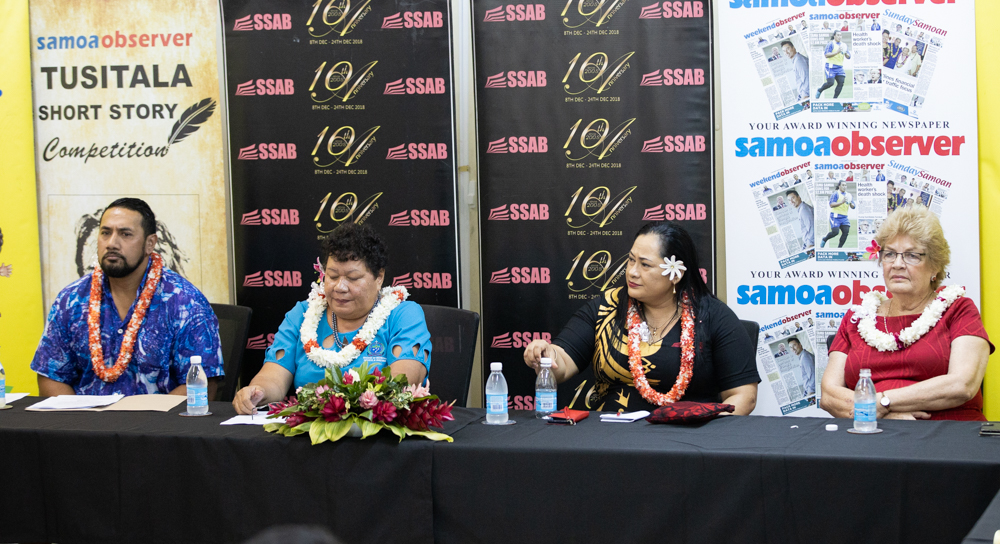 The Editor of the Samoa Observer Newspaper, Mataafa Keni Lesa, said that the aim of the writing competition is to improve literacy levels throughout Samoa.

“It is to also encourage all children to write, read and speak in Samoan and English; and to seek out and encourage our best writers and to publicise their work," he said.

“The writing competition came about from the Editor-in-Chief of the Samoa Observer, Gatoaitele Savea Sano Malifa, who was concerned that students weren’t reading and writing enough.

“Gatoaitele wanted to see young people reading for enjoyment and writing freely about their thoughts, ideas and opinions."

Mataafa added that this year the students were asked to dream a little, employ their imaginations and write about the past, present or future prompted by the story starter, Once upon a time.

“The stories did not have to be about Samoa and it enabled the writers to write in English or Samoan and include fictional or non-fiction characters, situations and settings," he said. 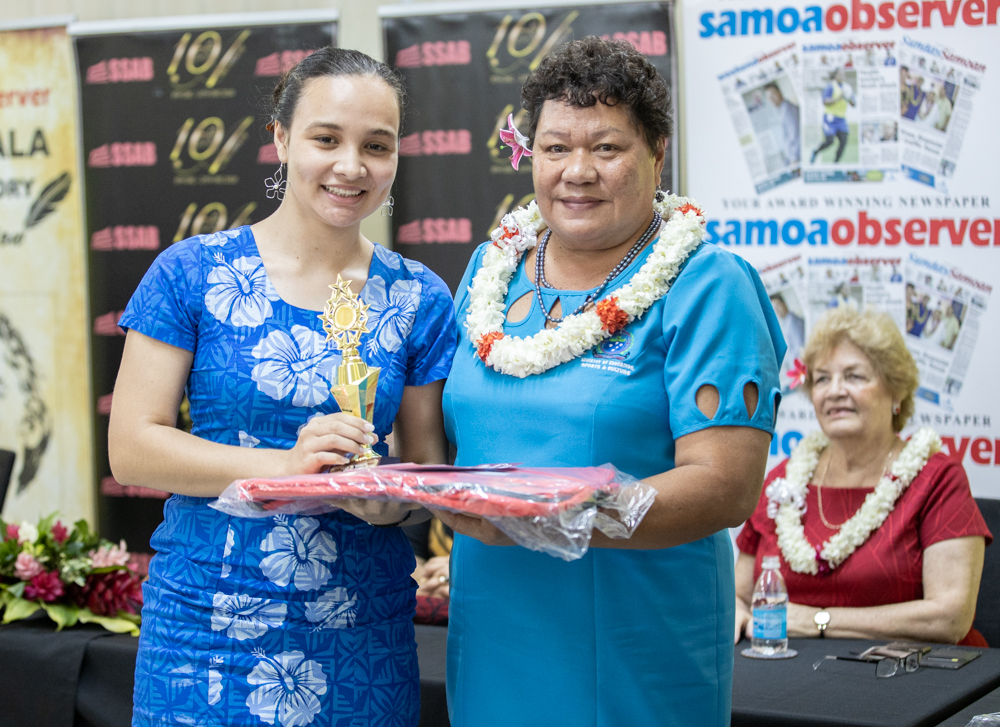 “We also acknowledge our sponsors especially Eveni Carruthers and S.S.A.B. who have without your assistance we would not be here."

“Students be informed today that challenges are healthy it makes you think more and you would want to create a solution and it needs to be different from the norm," she said.

“Keep on writing and it must be of quality so that it becomes a reader that M.E.S.C. will endorse for its schools. Literacy is not my field but mathematics and science is.

“With that being said, life is not all about literacy and just English there are also seven other subjects you need to be competent and proficient at - you need to be good in literacy, numeracy and science."

“There was growth demonstrated between Years 4 and 6 and that growth is more than a standard deviation and it was also better than compared to the region,” she added.

Silafau spoke on behalf of the Judges - Jenny Bennett and Papali'i Momoe von Reiche - in elaborating the significance of literacy.

"It is always important to revisit our beginnings to appreciate how far we have come and to also realise how far we still have to go," she said.

“The story of the Samoa Observer short story competition began with a push for literacy and a focus on creative writing, to promote a love of the word, written and spoken in schools, our formal institutions where learning can flourish and thrive and in the communities where we live our day to lives and where we find meaning and purpose.

“Over the past years, it has been embraced by enthusiastic principals, teachers and of course students, supported by parents keen to see their children hooked on learning, reading and writing as well as their digital devices and it has grown because of these vital ingredients and the grace of God’s love and compassion to bring us to the prize giving ceremony of this present moment.

“The judges would like to congratulate all students who entered the competition.

"For many Pacific cultures, orality is a given; oratory is all around us with excellent examples and role models of how to deliver a riveting speech, a memorable talk or homily; how to turn it into spoken word poetry and performance; into rap with rhythm and rhyme and accompanying music; and upload it onto social media platforms and gather an audience of friends who like you and might became your fans."

She also reflected on the challenges posed by fiction and creative writing.

"Writing, in this case fiction or creative writing, is often viewed as a different challenge of crafting, writing and rewriting a piece of so many words that has structure and purpose as you lead the reader into imaginative worlds with a narrative rope that the reader holds onto so that they arrive at the end feeling that the promise made at the beginning has been fulfilled and therein lies the art of story," said Silafau.

“To write a piece so enticing that the reader will not want to put it down till he or she reaches the finish line, the final satisfying word.

“Overall, the number of entries has increased and we feel in both Samoan and English the standard of writing shows some improvement from previous years. Creative writing or fiction like all forms of literature if they achieve their purpose, demonstrate the main metaphors we often use to describe good literature, namely that literature is lamp and literature is a mirror.

“In past years, we received entries that were more research reports rather than creative stories and there are fewer of those now, therefore we congratulate the principals and teachers who have worked hard in preparing students in their learning about writing, about structure, about character and dialogue, about the art and craft of story."

She also said that the young writers certainly focus on current social concerns like resilience in families, the environment and of course change in all its forms.

S.S.A.B president and Chief Executive Officer, Tofilau Fiti Lafaele-Leung Wai, stressed the significance of literacy to enable students to progress in their education.

Editor's note: for the full list of the recipients of the 7th Samoa Observer Short Story prize giving ceremony and a picture spread, see pages 24-26 in the Friday, August 16, 2019 edition of the Samoa Observer.