Volunteering in a foreign land also has its benefits – opportunity for family to visit and have the Samoan experience.

Thanks to volunteer work at Marist Boys Primary School by German national, Jonas Phwelke, his parents Steve and Moni Phwelke flew into the country on August 11 to see what the island nation is like.

“Our son is working as a volunteer at the St. Marist Boys primary schools and now we are here with [him],” said Mrs Phwelke.

She said she loves the country, its beautiful environment and the friendliness of the Samoan people.

Samoan traditional cuisine is also a favourite for the couple, she has embraced the experience.

“We had raw fish with coconut milk and we also ate taro leaves with coconut cream and it’s my first time drinking from a coconut." 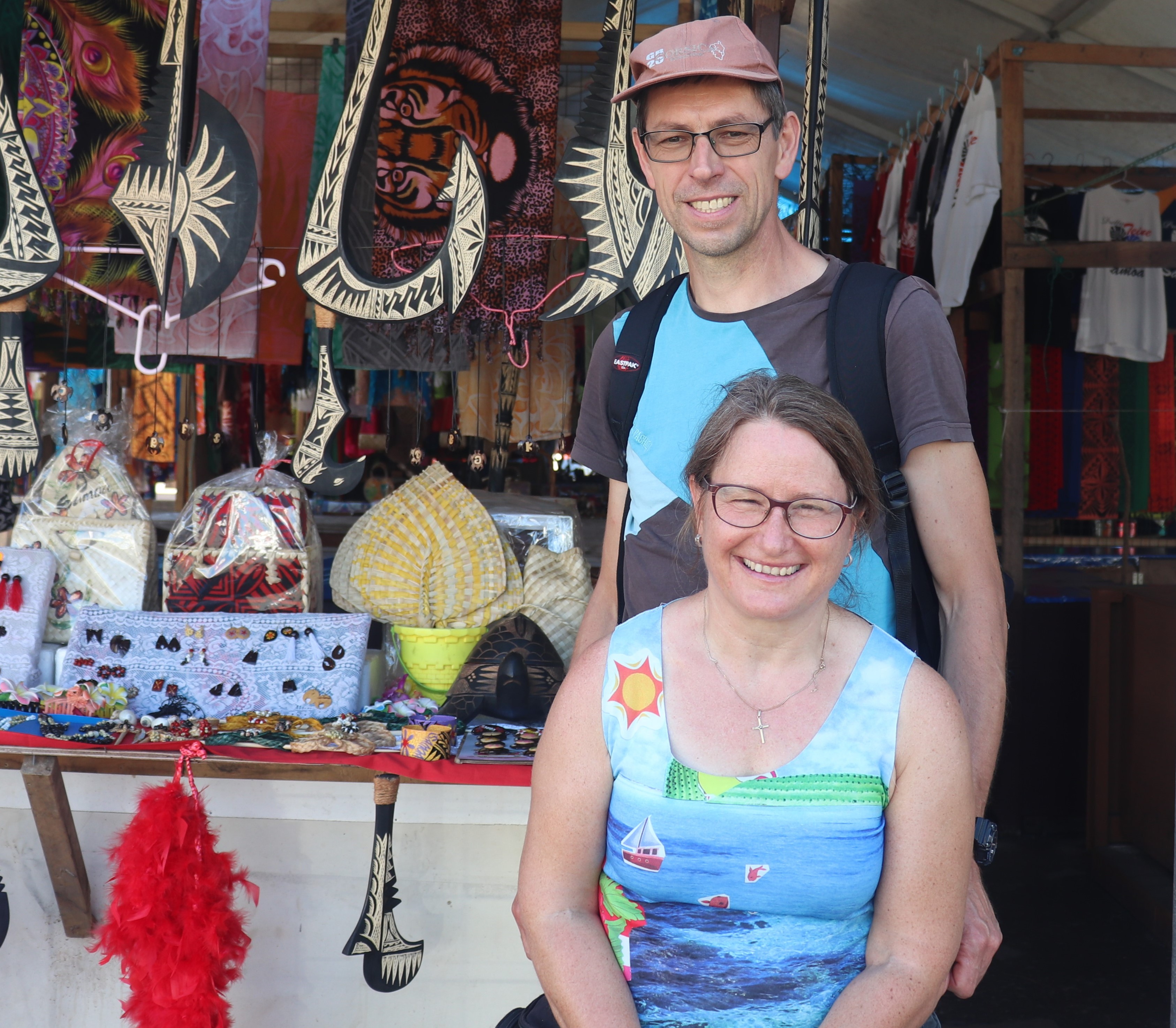 Moni's husband, Steve, said they learned about Samoa through their son, Jonas.

“Visiting him in Samoa is good,” he said.

The traffic in Samoa also amazed Mr. Phwelke as he said there were no people rushing and everything went slowly.

He was also impressed with so many friendly people helping them.

However,  for Steve, the most interesting part of their visit was going to the Robert Louis Stevenson Museum at Vailima. They saw most of the items that were on display.

“The tour guide told a story and sang a song,” he said.

They also enjoyed snorkelling at the beach. The couple return to Germany on August 21.