Samoan People hospitality brings the Australia couple Max and Pamela back to Samoa for 11th time .

The Lambs browsing a variety of shops at the Market. (Photo: Wilson Stratton)

The first time couple Max and Pamela Lamb come to Samoa was a little less than 20 years ago.

This week they have come back for their 11th trip. They thank Samoan hospitality for bringing them back so often.

What the couple, who are from Australia, notice most of all is the way people in Samoa are friendly and their great personalities.

Australian Max Lamb is a former control worker in his 23rd year of retirement; he and wife Pamela have three children, seven grandchildren and two great-grandchildren.

Speaking to the Samoa Observer at the local market on Thursday morning Mr. Lamb, 86, said he and his wife arrived in Samoa last Friday and stayed at the Return to Paradise resort for five days.

The second part of their trip will take them to Le Uaina beach resort for another five days before leaving the country for home.

“We love the people, its nearly 20 years since we have been coming here,” he said.

"We love the people".

For Max, coming back here to Samoa for the 11th time has exposed him to some changes on the island; everything has been commercialised since their first visit in 2000, he said.

“The cars, buildings and the way people dress, everything has been changed.” he said.

However, for Pamela, 84, the trip is about a holiday.

“ We've seen it many times but to us it's a holiday, and it's still very hot,” 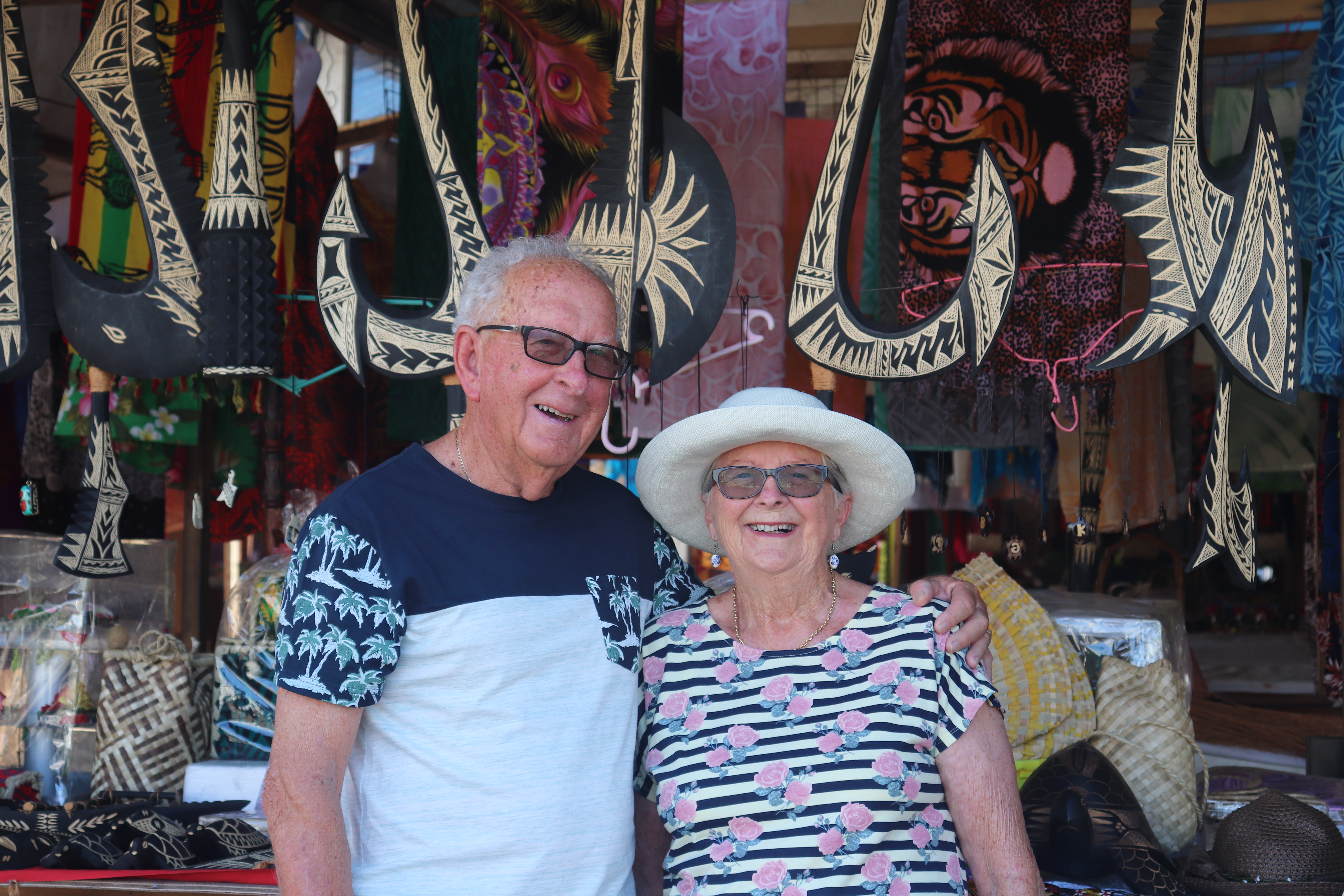 Mr. Lamb said one thing stays the same: the people.

“The people have been so friendly, kind and lovely,” he said.

Max and Pamela Lamb are  departing on August 22.