The Purcell family had a larger-than-usual reunion which saw family members joining them from six different countries including Samoa.

About 200 members of the extended family from Samoa, American Samoa, New Zealand, Australia, United States of America and Ireland were excited to be reunited in their 'homeland' Samoa.

Held at Malaela in Aleipata, the reunion was a three-day event from August 2-5 with the programme kicking off with a family service to officially open the get together on top of the entertainment that was also provided.

On August 3 there were family-hosted family sports and family dances in the evening, which had everyone shaking their shoulders in the traditional Samoan style to conclude the night.

On Fathers’ Day, they all attended the main church in Aleipata following their family to’onai (feast) after Church. In the evening another service was held.

This was their first Fathers’ Day together in their homeland and together as an extended family which so rarely has a chance to meet one due to the difficulties of residing in other countries.

Speaking to the Samoa Observer, one couple attending the reunion, Lokeni Vetereni Letalu and his wife from Utah in America, said it was a good chance for their children – who are first timers to Samoa – to be reminded of Faa Samoa (Samoan traditions) and how it forms a big part of their lives.

He said they had already assured their family that they will return to Samoa as they could not get over their family reunion memories of Samoa.

“My daughter tried doing the coconut cream and seeing it made me feel proud to be Samoan [like] my children,” Mr. Letalu said.

The Purcell family combine the lineage of Ned Purcell from Ireland and Salelavalu Siilatamai of Tufutafoe.

On the Father's Day holiday, the Malaemalu main road was filled with relatives as they conducted a parade.

The reunion was also a gathering for their family to celebrate the bestowment of their new family chief (Sa’o o le Aiga), bestowed during the reunion with the high chief title “Lesamatauanu'u”. 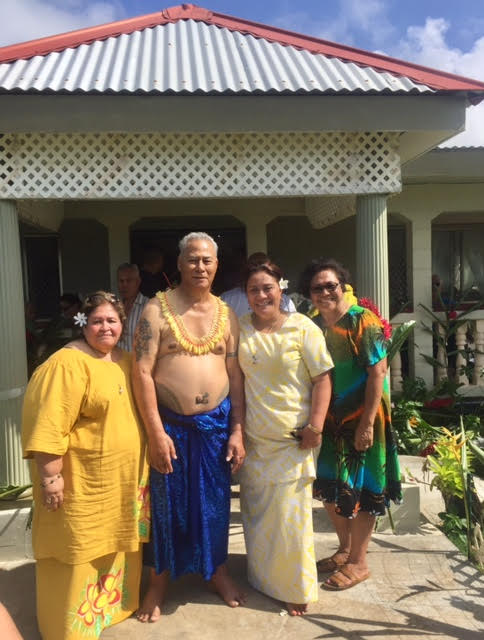 The village were proud recipients of a total of $20,000 tala from Lesa’s bestowment.

The family is now looking forward to more opportunities like these to come back to Samoa and make more memories.