Applications are open for Pacific Islanders to be part of the inaugural Obama Foundation Leaders: Asia Pacific Programme, but they close on the 15th of August.

With the dateline advantage, Samoans have until 6pm Eastern time, or 11am on Thursday to get their applications in.

The programme is a year-long leadership experience, for people “committed to advancing the common good” in their community.

It has been designed in collaboration with 21 youth from the region, who met in Hawaii in January. They come from 16 countries, including Samoa, represented by Tahere Siisiialafia, the chairperson of the Pacific Youth Council and a sociology lecturer at the National University of Samoa.

She is currently on study leave from the university and is undertaking her PhD in Sociology from the University of Otago. 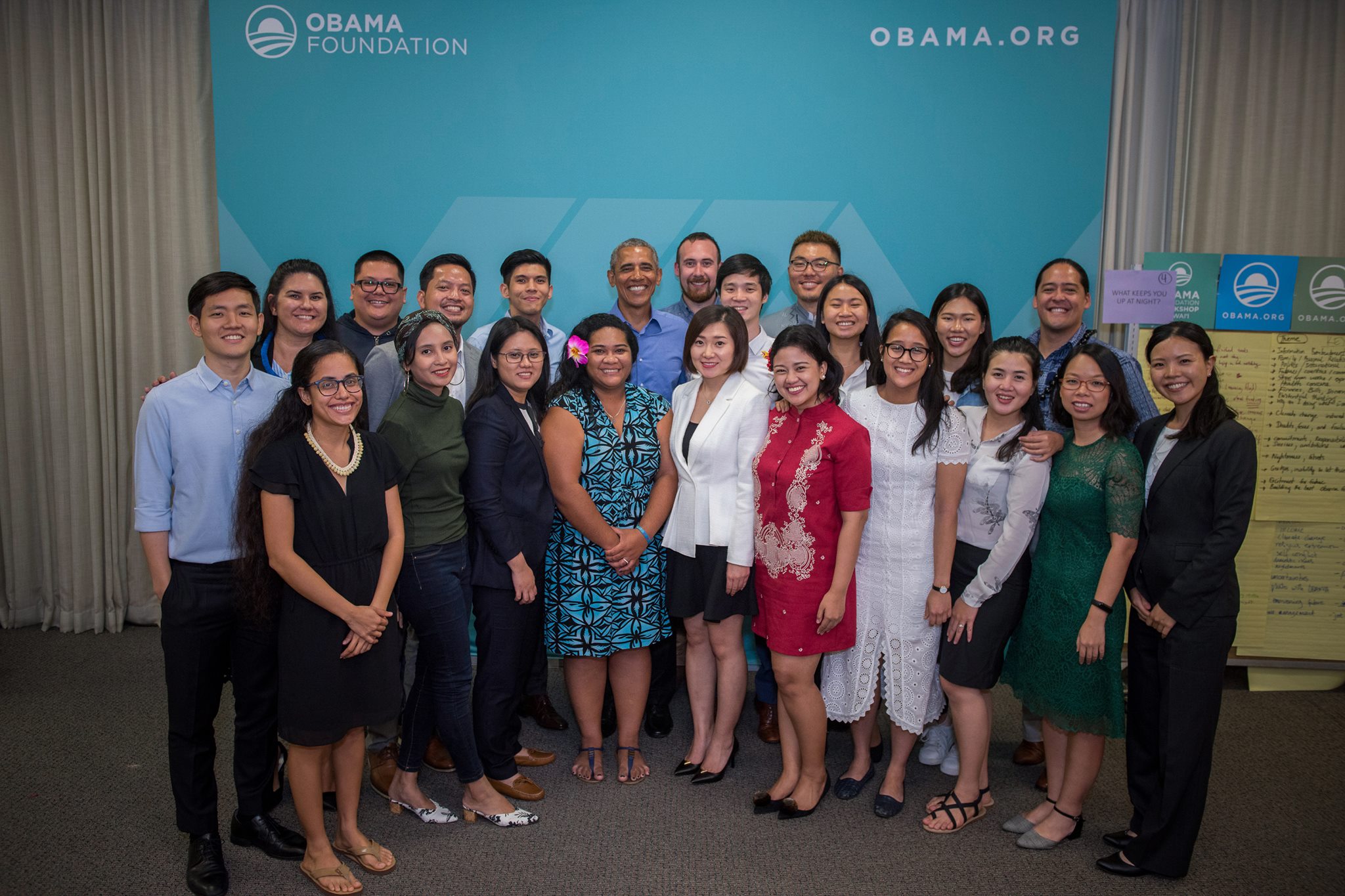 Ms. Siisiialafia is advocating for more Pacific representation and, in particular, from Samoa. In the designing of the programme, which begins in December, she tried to have the Pacific Youth Council be connected to the application programme, to help Pasifika youth overcome hurdles like internet access to even make the application.

The Samoa Pacific Youth Council President Kevin Schuster is available to help Samoans willing to apply, as is Ms. Siisiilafia.

“It's a whole new platform for Asia Pacific and we should see it as an opportunity to learn and also see how we can contribute towards making it better for our region.”

As well as Leaders: Asia Pacific there is also a Leaders: Africa programme.

Ms. Siisiialafia the programme takes an intrinsic approach to leadership, tapping into the “personal level” rather than the practical.

“All the young people engaged have something they are already invested in and what it really does is strengthen our capacity and unlock more potential that can accelerate our efforts,” she said.

“Leadership is about the principles, attributes and the virtues that shape our efforts to better our communities.”

She said the former President’s approach is based on his belief that young leaders can make significant positive impact in the world.

As well as helping design the program, the 21 participants had their own leadership training in Hawaii too. Ms. Siisiialafia said the learning was rich, and she felt personally uplifted by the program.

The opportunity to network with other Pacific and regional young leaders was important, and she developed some access to new funding opportunities too.

But she stressed this is an opportunity to learn.

“Whether there are tangible outcomes or not, engaging in this is still important.

But the programme is still new and is not perfect yet, Ms. Siisiialafia said. The fact that it is for both Asia and the Pacific is an issue she would see change.

Of the 21 participants, just six came from Pacific Island countries or territories: Samoa, Guam, the Marshall Islands, New Zealand and two from Hawaii.

“Being pooled with Asia overshadows and undermines our Pacific realities - Asia is obviously way bigger than Pacific Island states and our issues are very different in nature.

“It would deem reasonably effective to approach the Pacific separately from Asia so that issues we encounter as Pacific are addressed accordingly to our own realities.”

The foundation is trying to create context specific programming for leadership development, but with askew representation on the design panel Ms. Siisiialafia worries the Pacific needs may not be as well accounted for.

It’s an issue she was not shy about taking up with the programme's founder, President Obama himself.

“He's happy I was bold enough to state that and it's definitely something the Foundation needs to consider,” she said.

Speaking at the programme’s launch in January, President Obama said: “[The Asia Pacific] is a place of tremendous diversity and natural resources and rising economic and political power, and it’s also a very young region,” he said.

“We believe that real leadership involves dialogue and inclusion and tolerance and a commitment to human dignity, that if you don’t get that right, whatever technical solutions you come up with are going to end up failing.”

Ms. Siisiialafia said she found the President to be a genuine and humorous person.