The site of the Alaoa Dam (Photo: Supplied)
Climate Change

The Electric Power Corporation (E.P.C.) says it is continuing to pursue a controversial dam project in Alaoa and has forecast construction will begin in 2021 despite objections from an environmental group.

The 55 metre high and 200 metre wide dam will be built at the intersection of the eastern and middle branches of the Vaisigano River in Alaoa, and should be completed by 2024, the E.P.C has said.

According to the Asian Development Bank, which is grant-financing the project, fact finding for the project will occur later this month, while a management review meeting is scheduled for next month.

The Dam's Project Manager, Fonoti Perelini Perelini, noted that 14 villages supported the dam because of its potential to provide flood protection during a community consultation process for the project. 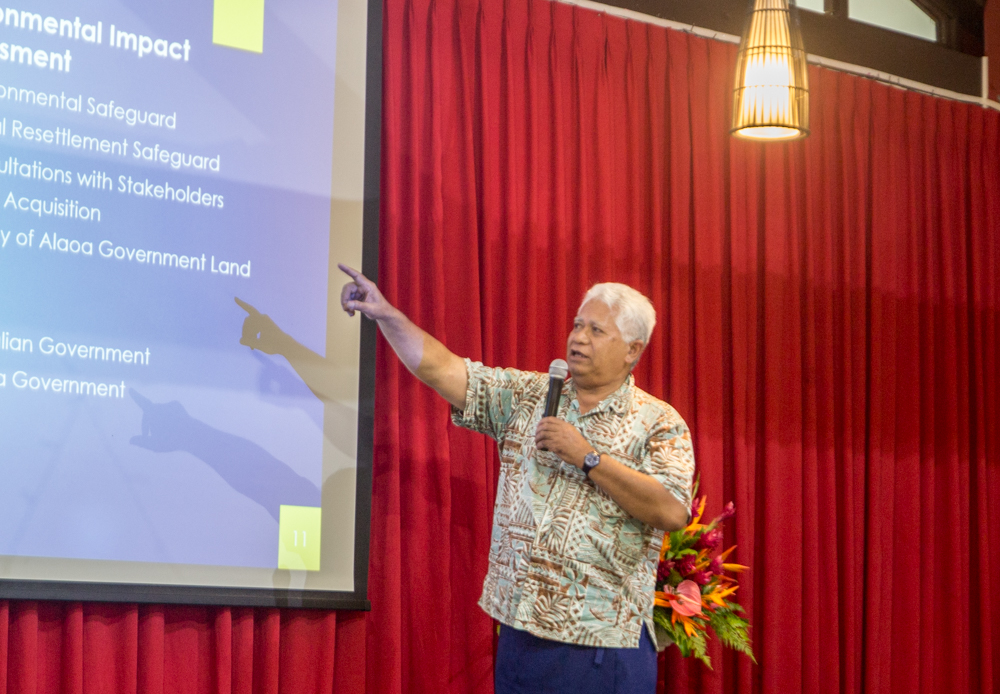 But the community consultations, which were hosted across the country in February and April, received mixed responses from the districts of Alaoa and Vaimauga and non-government organisations.

The Congregational Christian Church of Samoa's (C.C.C.S.) pastor at Vaiala, Reverend Iese Uelese, told the Samoa Observer during the Vaiala consultations that he fully supports the plan.

“This is one of the areas that’s been badly affected by the floods whenever it strikes so the dam is very important for people in this area and not only that, it’s a multi-purpose project so it’s very important," he said.

Others are less sure, such as families who have been cultivating the Government land in the area earmarked for construction.

Fonoti said if the project goes ahead once approvals and financing are locked in, families will be compensated according to the number of crops affected by the flooding.

The total area which will be flooded by the dam is 500 acres, and the dam will hold four million cubic meters, providing three million in flood reserves and a million in water storage.

That size is based on a one in 200 years flood event, said Fonoti.

The dam’s strength is designed to withstand a one in 10,000 year event, and should protect against an event seven times that of Cyclone Evan in 2012, which caused US$200 million in damage and killed five people, according to engineering estimates.

The threat of cyclones is a motivating factor behind the Alaoa Dam project, Fonoti said.

The Alaoa Multipurpose Dam hopes to not only dam the Vaisigano to generate hydro power but also will act as flood control, and drinking water storage for the villages around it.

The Asian Development Bank is financing the technical scoping of the project and is expected to grant Samoa US$20 million to build the dam.

Executive Director of the O Le Siosiomaga Society Incorporated, Fiu Mataese Elisara has been a vocal opponent of the process surrounding the dam, saying the E.P.C and A.D.B did not follow their required social safeguard policies, such as meaningful consultation.

He alleges the consultations on the dam came too little too late after scoping work began in 2016. 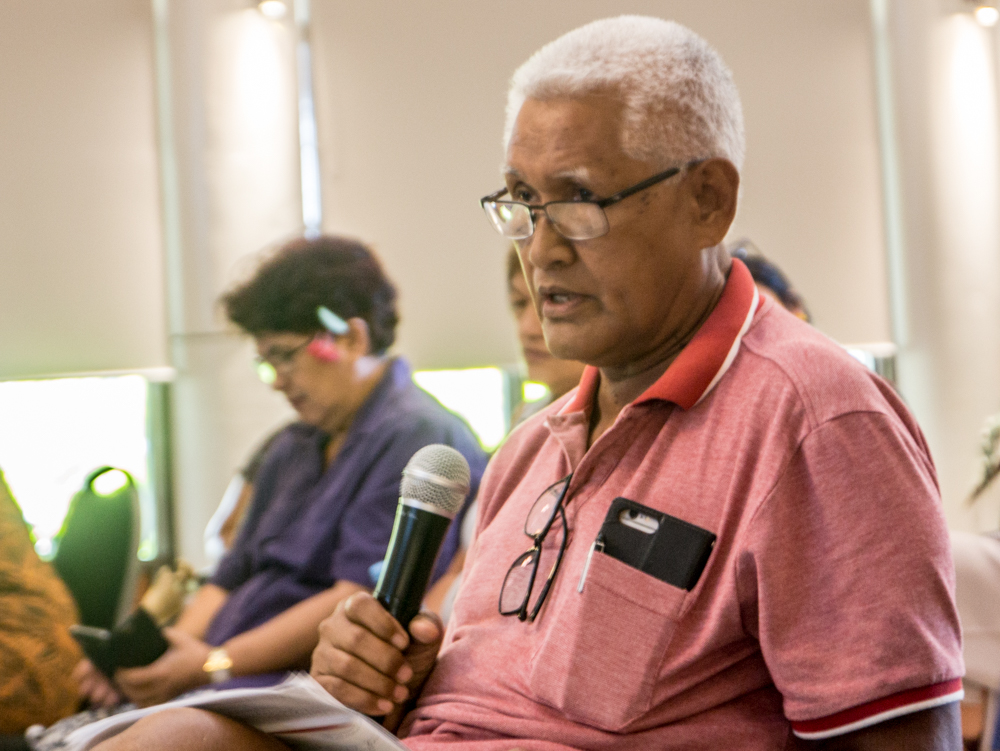 “I hope they know they cannot freely go around and do anything without compliance, which they are paid to do,” Fiu said.

“There are some accountability issues on consultations, on triggering environment and social safeguards due diligence, triggering other policies in their safeguard policy statement.”

The E.P.C has responded to Fiu’s questions about the dam and the consultations, and he said he imagines communications will improve now they are aware of his interest:

“At least there is some sense they cannot go freely without accountability to the people that are affected.”