Some of the publications launched at N.U.S. (Photo: Samoa Observer.)

The ceremony was held in the seminar room within the Niule’a Building in the campus on Friday. 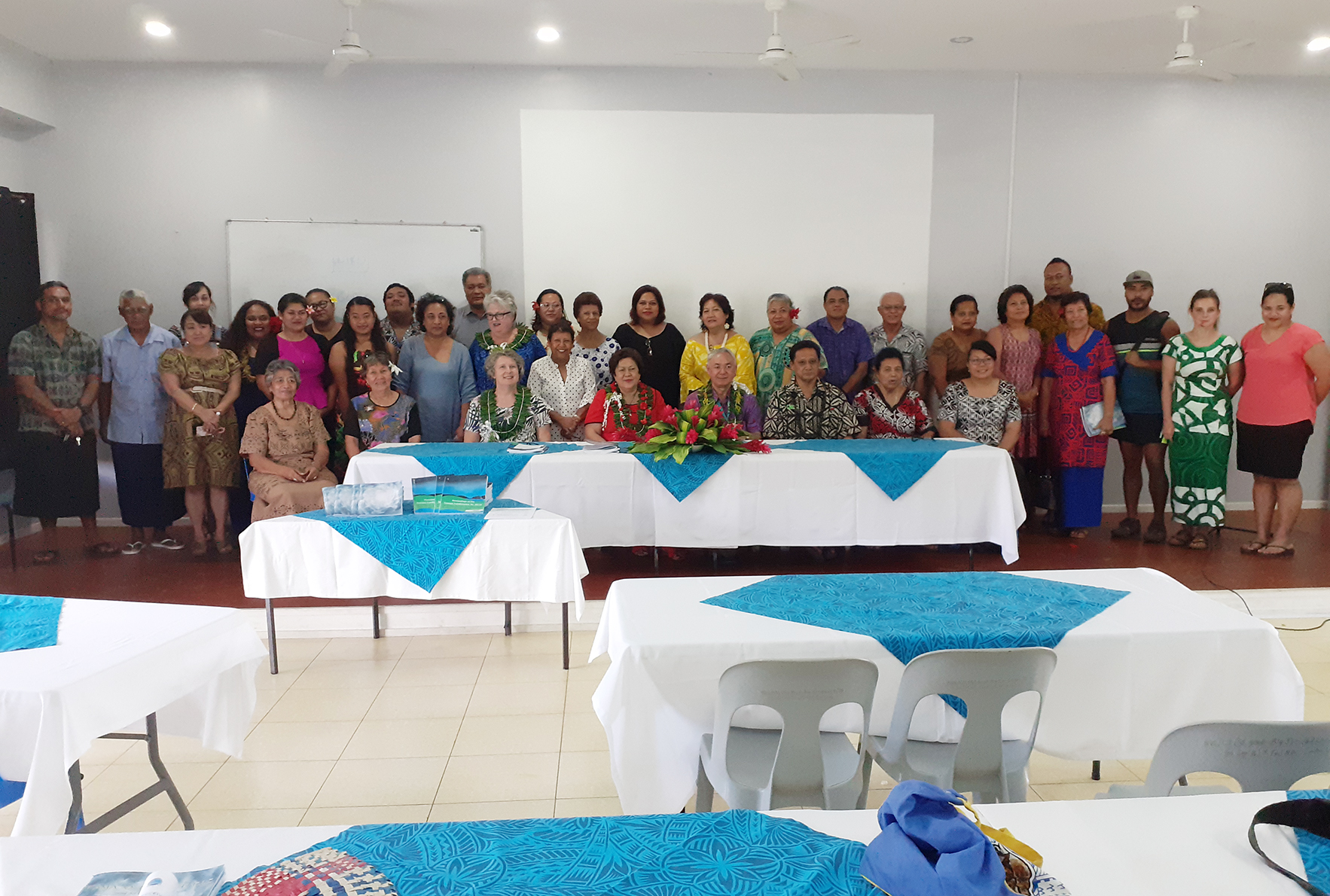 The acting Vice-Chancellor of N.U.S., Professor Silafau Sina Vaai, said that the launch is another step in the educational journey of change, transformation and contributing more texts to the corpus of knowledge in Samoan studies.

“At N.U.S., like any other tertiary educational institution worth its salt, we’re into the knowledge economy, the heart of which is literacy in all its forms and of course the main tool or resource used to pursue and promote development and sustainability are texts, [words] and visual art," she said.

“The Samoa Conference IV proceedings in this volume are an engaging sample of the broad range of topics covered by the theme of Samoa Conference IV, “Our Heritage, Our Future: Fostering Sustainable Development through Leadership, Innovation and Collaboration’ which endangered lively debate and discussion and augurs well for future research and progress in all fields pertaining to Samoa and its development in the 21st century."

Professor Silafau said that the topics within the publications also echoed and continued conversations around the broad themes of the United Nations Small Islands Developing States 2014 Conference held in Apia and looks forward to the plans underway for Samoa 2040.

“The keynote speakers presented on the legacies and opportunities of Samoa’s material and cultural heritage, revisiting gender with a focus on the feagaiga [covenant] and the va [relationship] for sisters and wives as well as an examination of Samoa’s unique but threatened fauna," she said

“These framed the variety of topics covered in 74 papers under the general headings of heritage, literacy, well-being, leadership, gender, policy and research, education, climate change, innovation, health and media.

“The fifteen papers submitted for publication in these proceedings will give the reader a taste of the talkfest which resulted from the broad range of subjects offered for research and enquiry."

The N.U.S Acting Vice-Chancellor said that the aim of most international conferences is to provide a platform to share research and current, ongoing scholarship with a view to publication and further dissemination of findings to the broader global community.

“The Samoa Conference series is also focused on fostering a network of researchers across the disciplines to acquire new and relevant knowledge about all aspects of Samoan society, whether locally or abroad in the Samoan diaspora which impacts on the direction of Samoa’s journey of development as a nation amongst the family of nations in the global community of the 21st century.

“Looking to the way forward in the future demands resilience for Pacific nations such as Samoa, especially facing the challenges of warming oceans, rising seas and sinking islands and all other related threats of climate change.

“Cultural concepts need to be interrogated for Pacific Island societies to be sustainable, innovative and creative to meet such challenges and of course, leadership is crucial to survival, balance and world peace,” she told the audience.

New Zealand's High Commissioner to Samoa, Dr. Trevor Matheson, said that their country has had the privilege of funding the Art Exhibition during the Fourth Samoa Conference last September with a grant from the Head of Embassy Fund.

“My acting predecessor, Nick Hurley had the honour of writing the foreword for the Art Exhibition. Art and culture are part of who we are, where we’ve come from, and what we stand for," he said. 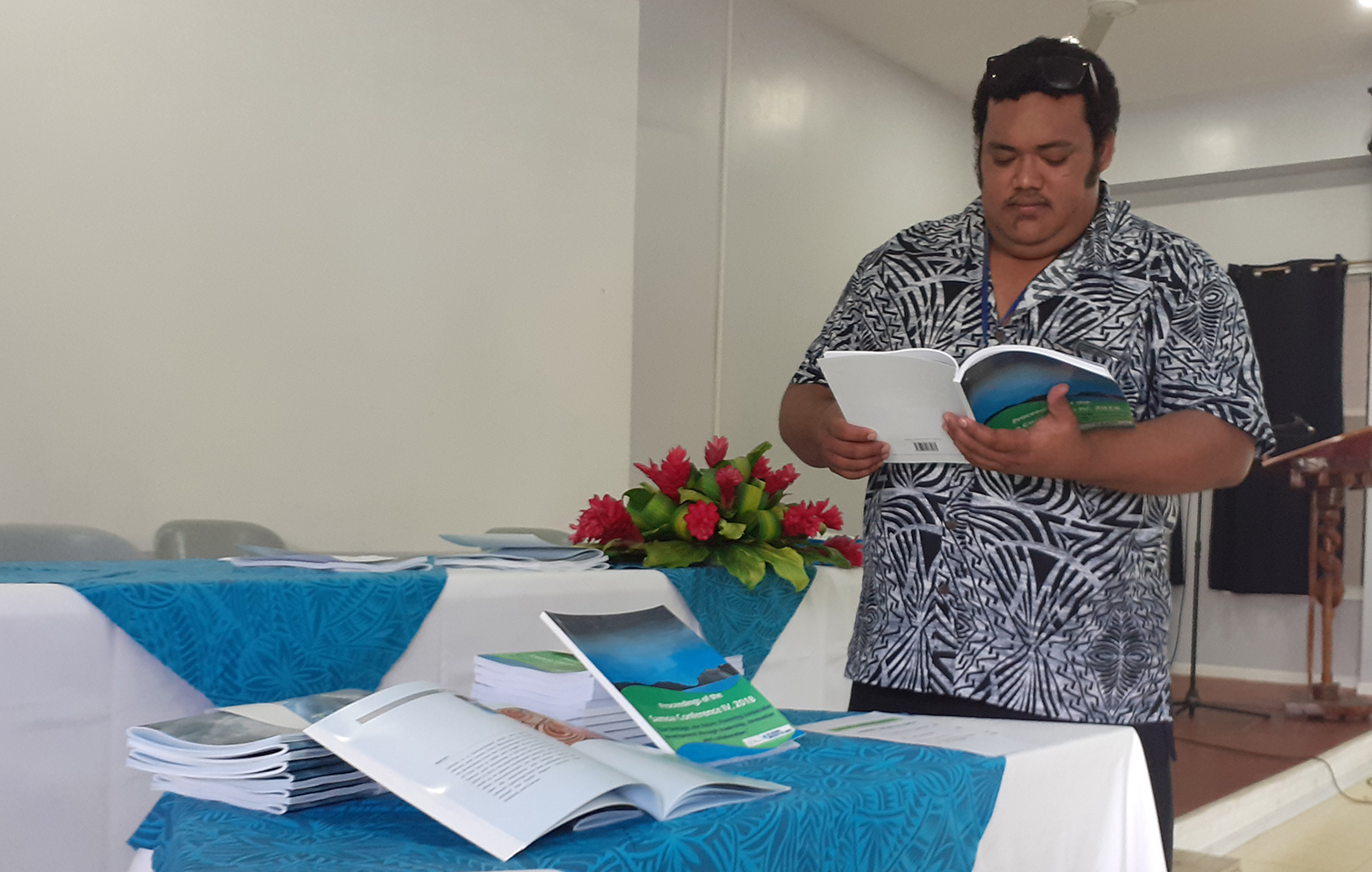 “I believe that arts and culture are central to the idea of education being about inculcating a love of learning, of acquiring knowledge. A good education includes a good arts and culture education, introduction, introducing children and young people to great literature (novels, poetry and short stories, plays) dance, visual arts, music and film.

“I congratulate all the artists listed in the Art Exhibition Catalogue, your work is at the same time beautiful, calming, confronting, inspiring and provocative – such is the nature of art as artwork is inherently emotional.”