Samoa Family Health Association (S.F.H.A.) celebrated its achievements and the one-year anniversary since opening its headquarters at Moto’otua yesterday.

“It is a day of special commemoration for S.F.H.A., it marks one year since the opening of the association’s clinic in Salelologa, Savaii and its first ever headquarters in Motootua which is a milestone worth celebrating," he said. 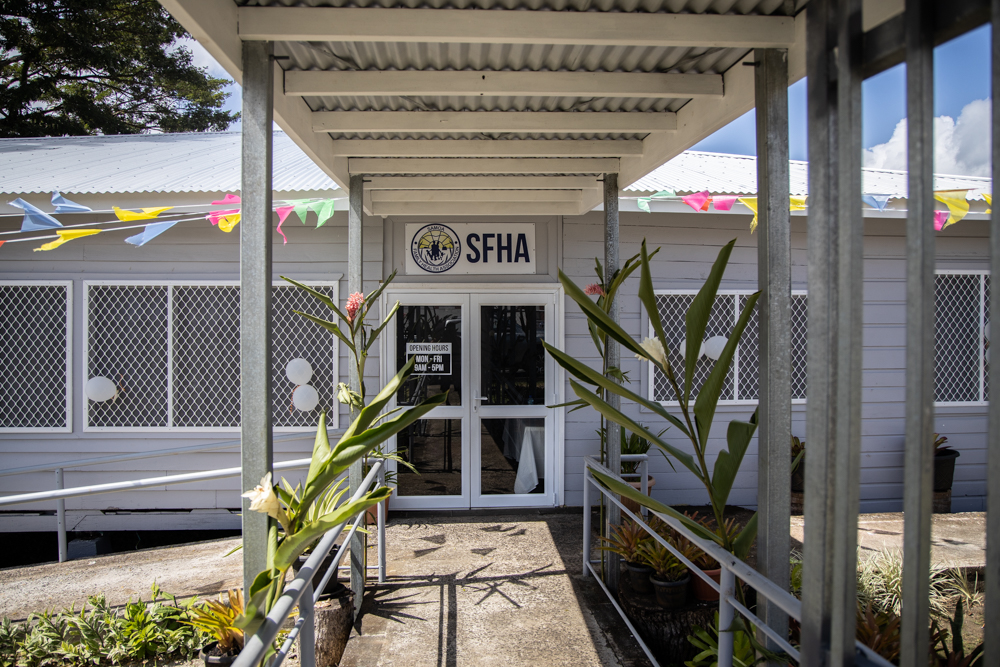 “Since the start of the S.F.H.A. service in Samoa in the year 1982, its operations and services have been delivered from rental premises, which consumed about 10 per cent of its annual core support funding.

“It was when the global financial crisis emerged some years back, significant budget cuts impacted to a great extent, on its core support and consequently resulted in the association’s constraints to meet health needs of the Samoan people."

Salausa stated that in 2012, the association began lobbying for government support for a govt. building to use as their service delivery point.

“At the same time, consultations with development partners were held in particular, with the Department of Foreign Affairs (DFAT) bilateral aid for funding assistance," he said.

“In 2015, the government saw it fit to grant this piece of land here in Motootua with the aging colonial building that was on it for its headquarters.

“In December 2016, SFHA received a grant of one million AUDs for a four year project, which includes establishing a clinic in Savaii, and more so, the required renovations to the current building."

He also stated that in 2018, the association launched its first clinic at Salelologa in Savaii, followed by opening of this headquarters in Motootua in August of the same year.

“All these achievements could not have been made possible if it were not for the generosity and funding support from the Government of Australia through its Bilateral Aid in Samoa," he said.

“A non-governmental organization like S.F.H.A. provides tremendous support to the government and people of Samoa towards achieving national targets for the sustainable development goals.

He also said that this collaborative work helps develop essential frameworks and pathways for the provision of better more inclusive of health care services for Samoa.

“I look forward to strengthening its partnership with government in achieving quality health for all Samoans through delivering of its mandated roles and responsibilities.

“I also wish everyone here in particular fathers of Samoa a happy and peaceful Father’s Day and may you be the man that everyone looks up to, feels safe and secured to be with, and role models for peace and harmony within families, villages, churches and the whole country.”

Executive director of S.F.H.A., Lealaiauloto Liai Iosefa Siitia said that there are some rape cases they encounter in their field of work.

When asked if there is a solution to such issues, she said there is really no absolute right answer because of various circumstances behind incidents but everyone must understand each other’s needs for better communication.

S.F.H.A. is the leading sexual and reproductive health and rights services provider in Samoa; it also delivers family planning and reproductive health (RH) services in Samoa through a permanent clinic in Apia, and a mobile unit which visits rural areas and the outer islands three times a week to provide educational and contraceptive services to vulnerable communities.