The Fire and Emergency Services Authority have accepted a donation of five new specialised firefighting trucks to further strengthen their  response services, courtesy of the Government of Japan.

Fiame Naomi Mataafa, the Deputy Prime Minister and the Minister for the Samoa Fire and Emergency Services Authority (S.F.E.S.A.), said the addition of the new trucks was a milestone for the Authority, adding that this is not the only time Japan has extended it's generosity to S.F.E.S.A.

"The Government and people of Samoa acknowledges with gratitude the Government of Japan's assistance through the embassy of Japan to Samoa, in financing the procurement of the three Firefighting Appliances, one tanker truck and one rescue truck," Fiame said, during her keynote remarks.

"Last year, the government of Samoa were gifted with very specialised firefighting appliances, an aerial ladder truck and a pumper truck valued at SAT$1.9 million." 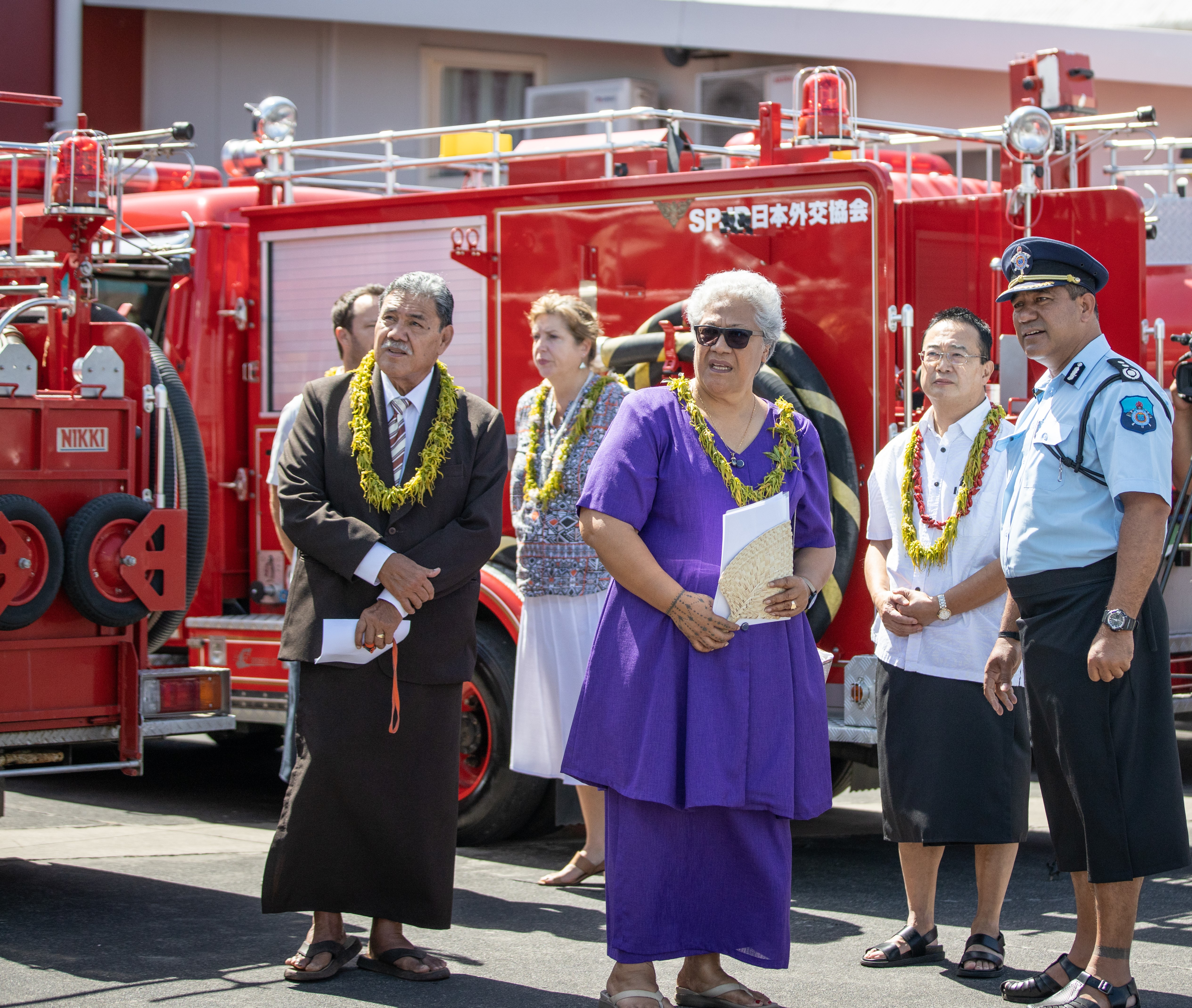 Fiame acknowledged the crucial work of firefighters in times of disasters and emergencies despite limited resources.

The government said it alone was unable to cater for all the needs of the first responders, which made partnerships to assist in the development of resources and capabilities all the more important.

"A firefighting appliance is costly and one that S.F.E.S.A. could never hope to procure from their own local budget yet emergencies and disasters continue to be on the rise.

"As these emergencies and disasters increase, the need for extra resources to assist with response services of the Authority also increases," she said.

The Ambassador of Japan to Samoa, Maugaoleatuolo Shinya Aoki,  said the government was pleased to assist the S.F.E.S.A. once again to enhance the standards of their firefighting services across Samoa.

"Last year, a grant of up to eighty eight thousand, eight hundred and nineteen ($88,819) US dollars was signed over to the authority for purchasing, reconditioning and shipment of these five units," he said.

The grants have been provided under Japan's Grant Assistance for Grass-Roots Human Security Project (commonly known as the G.G.P.).

Maugaoleatuolo said it is great to see their plans come to life successfully. 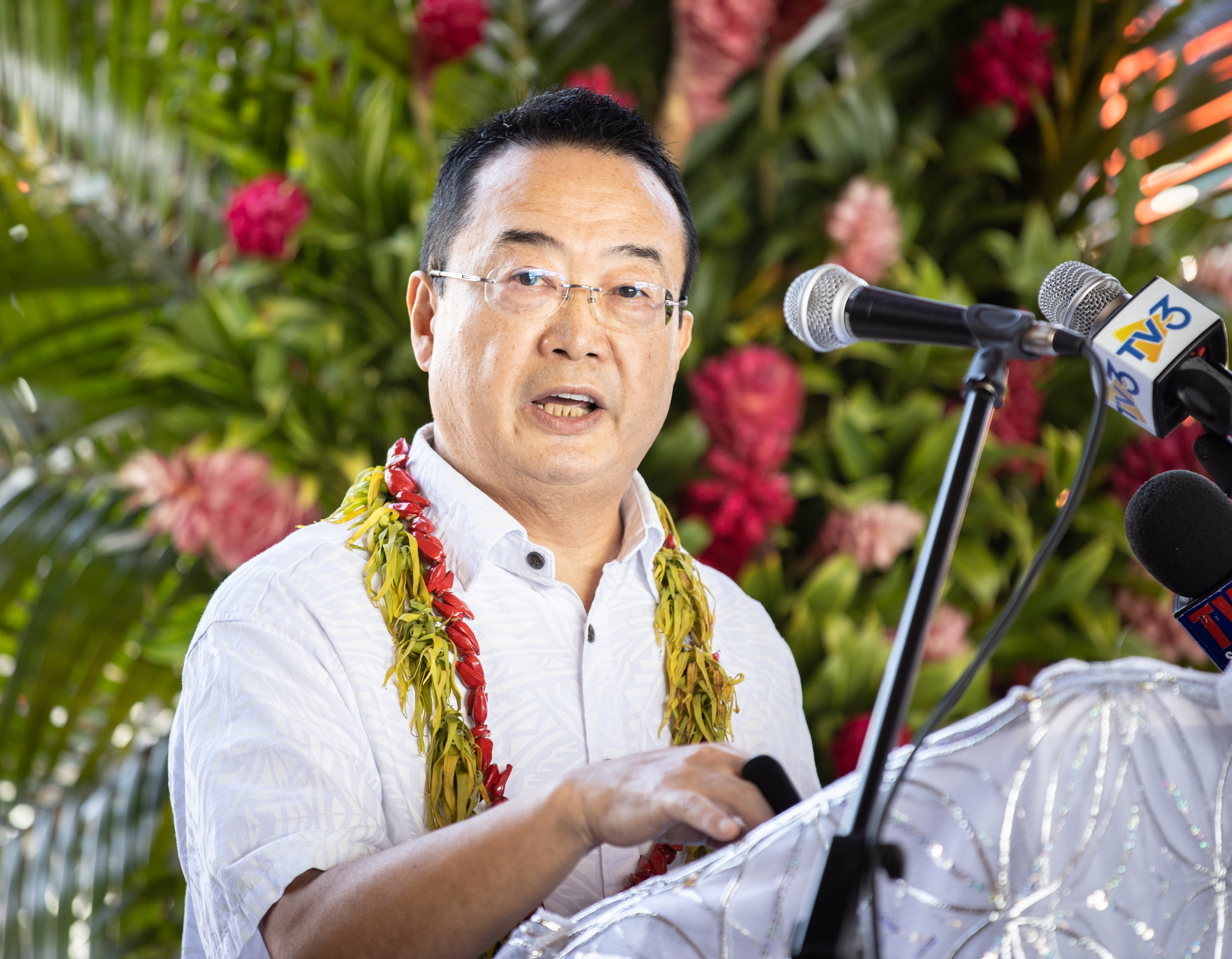 "We have repeatedly assisted the authority with upgrading their fleet, it is evidently that this project is an accomplishment towards improving access to fire services and to expedite the services during times of tragedy," he said.

"This project will not only benefit the people of Samoa whose lives and properties will be saved but will also enhance the capacity of S.F.E.S.A. workers who will handle the technical operation of the vehicles."

The S.F.E.S.A. Commisioner, Lelevaga Fa'afouina Mupo, also extended his thanks to the Japanese saying the handing over of the new five units come in great timing with some of the S.F.E.S.A.'s big plans for the near future and believes that this will not be the last time Japan lends a shoulder for the Authority.

"It's very important for fire service and emergency to perform and deploy; whatever accident arises, those are the equipment we rely on to combat the incidents," he said.

"Because no matter how great the knowledge is with our first respondents, with a lack of vehicles and resources; and vise versa, there's always a need for balance." 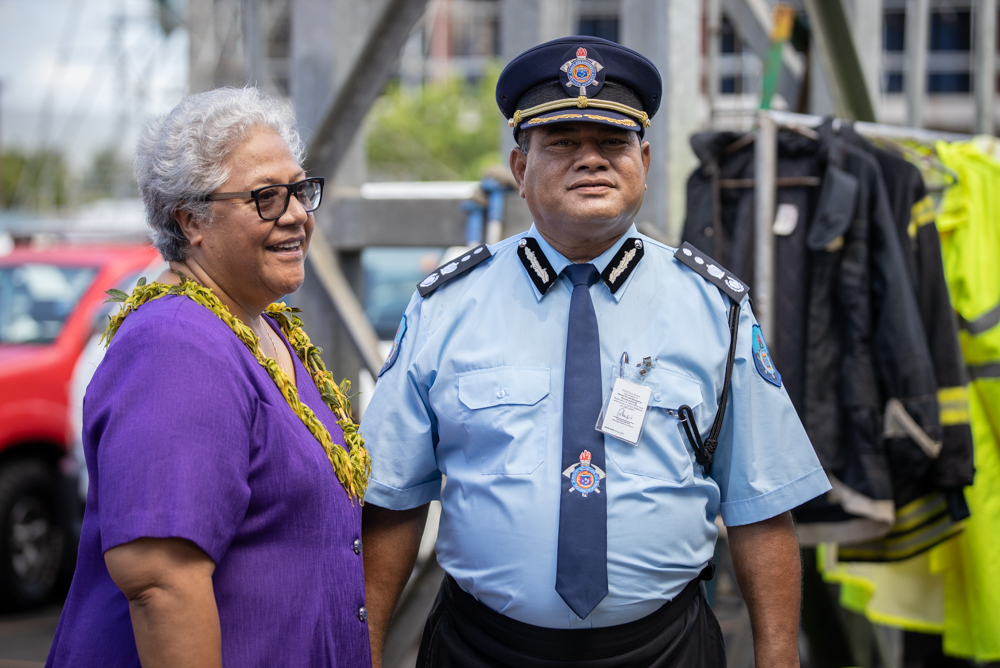 Lelevaga added that the whole S.F.E.S.A. fleet is made up- of about 40 vehicles.

Japan’s G.G.P. programme was introduced in Samoa in 1991 which was designed and founded on the concept of human security. This aligns with Samoa’s national plan, Strategy for the Development of Samoa or S.D.S. to assist areas across Samoa that is in much need of improvement.